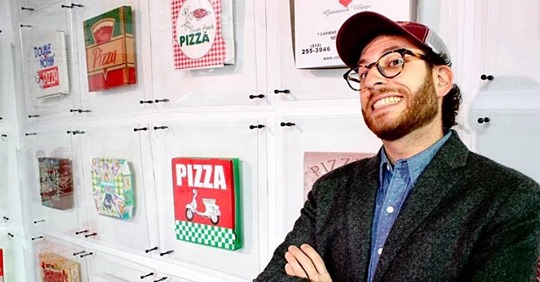 Scott Wiener loves pizza. I mean, really loves pizza. Not only does he hold the Guinness World Record for the largest collection of pizza boxes—over 1,550—but he has also turned talking about pizza into a thriving career. This Cranford, New Jersey, native started his NYC walking tour company in 2008, simply named Scott’s Pizza Tours. To be clear, his culinary excursions are far from simple.

What started out as Scott and his friends sampling multiple slices on a regular night out has grown into a must-do New York City experience. Scott’s Pizza Tours offer five different two-and-a-half-hour walking tours that explore several iconic pizzerias throughout Little Italy, Greenwich Village, and Brooklyn as well as a Sunday bus tour.

These outings are proctored by one of nine extremely knowledgeable tour guides, affectionately referred to as “pizza nerds.” And don’t worry, Scott has adapted to social distancing guidelines and offers several virtual classes, including “Pizza History 101” and “How to Make the Perfect Dough.” 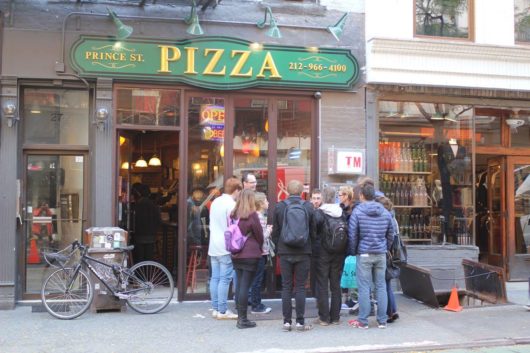 As a fellow aficionado, I believe that pizza represents the soul of New York City. If you were a tourist and you asked me what to do for a weekend, I’d include this tour at the top of my list, along with all of the other quintessential recommendations like a Broadway show, a visit to the Empire State Building, and a walk in Central Park. While I could go on praising Scott’s Pizza Tours for this entire article, it is his heart that makes the real story.

Making a Difference, One Slice at a Time

Did I mention that Scott Wiener loves pizza? He does. But he likes helping people even more! Shortly after starting his business, Scott founded Slice Out Hunger in 2009. The 501(c)(3) charity was created with the mission to help support American hunger relief through pizza-related fundraising.

Scott told me that the first event was just a pizza party with about 50 pizzas, selling for $1 per slice. The pizza came from just a handful of NYC pizzerias. Fast forward to 10 years later: a recent $1 Pizza Party earned more than $75,000 in three hours, and featured more than 60 area pizzerias. Slice Out Hunger is a 100% volunteer nonprofit. The organization has earned over $620,000 since its inception. All of this has been donated to area care centers and food banks. 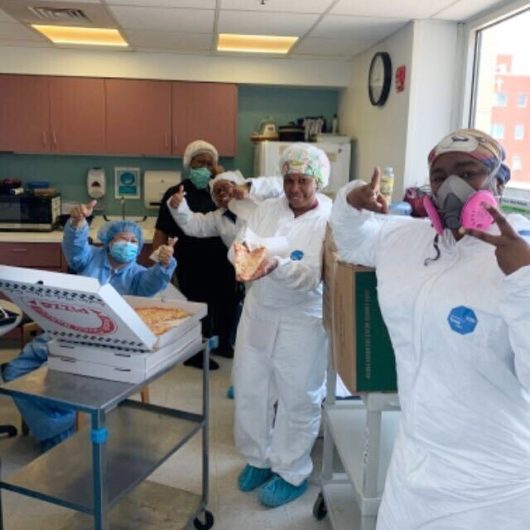 When the health crisis struck New York City, Slice Out Hunger struck back. The organization partnered with Slice (a mobile pizza ordering app) and Pizza to the Polls to start a new charitable campaign: Pizza vs. Pandemic. Through donations, frontline care workers at hospitals, clinics, and shelters are being fed pizza while they face down those who have been hardest hit.

Scott and his volunteers are ready to replicate this successful and tasty approach for fighting hunger through pizza nationwide. They did it in 2017, when they created the campaign Toppings For Texas, to help those affected by Hurricane Harvey. If you are interested in helping, click Pizza Relief to make a tax-deductible donation. Also, if you have a suggestion of a care center that needs assistance, please reach out to Scott through the website.

And when the world returns to its old self, consider treating yourself. Discover some of New York City’s finest pizzerias and learn about pizza’s humble origins, making its way from Italy to New York—and beyond.