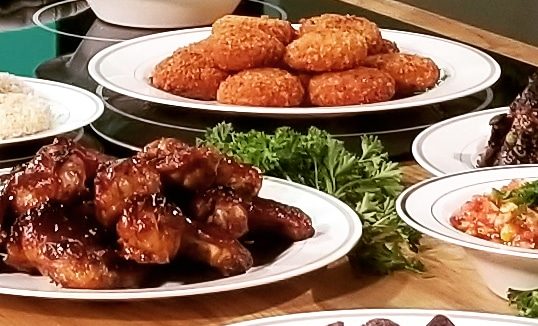 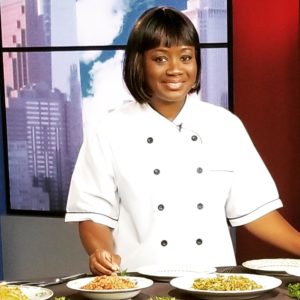 Janet Davis wasn’t planning on leaving the media industry as early as she did. Davis was working for Bloomberg Television in New York City in the early 2000s while living in South Jersey, and the long commute meant less time with her young son. She knew she wanted to start her own food business, and her side gig, known as Jade Jamaican Grill, became an opportunity for a full-time endeavor. “I had a four-year-old son [at the time] and lived in South Jersey,” she said. “I wanted to be there for my son, so that forced me to make a move a couple years earlier than I planned.” Davis decided to follow her passion and turn Jade Jamaican Grill, a full-service culinary business specializing in catering, cooking classes, culinary workshops, and more, into her full-time job.

Davis gets a lot of her cooking inspiration from her Jamaican heritage, but she’s well-versed in other Caribbean-fusion and American cuisine as well. “My background is Jamaican, but my brand is ‘full-on flavor.’” Full-on flavor has two meanings: Filling up on flavorful food, and serving food that has full-on flavor. Davis also says the clients’ experience is critical to a successful business. “People are big on experiences today—food and professional service.”

Although Davis took a leap in taking her business full time, she knew it was something she needed to do. “Once you identify that one thing that lights up your soul, that’s your thing and you have to pursue it,” she says. As a female in the culinary industry, Davis says it’s important to keep going no matter what hardships might arise. “You can’t wait for the world to give you the go ahead on what you were created to do.”