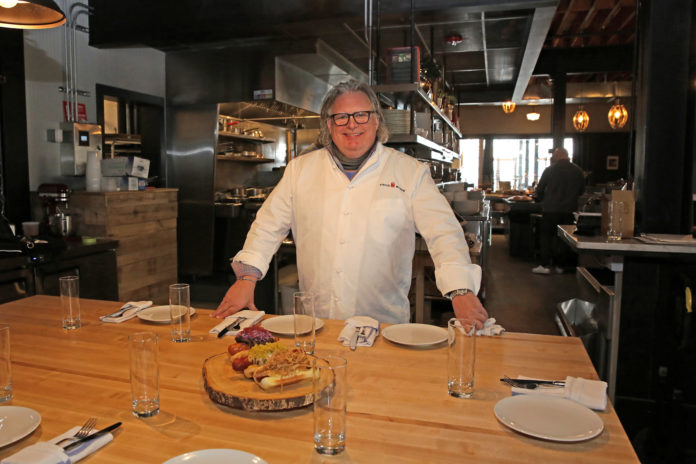 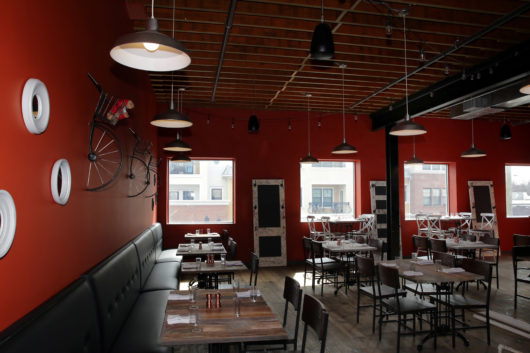 Belmar Kitchen is located on the second level of the popular Beach Haus Brewery on Belmar’s Main Street, where another Burke venture—the festive and casual Beach Haus Bar and Grill by David Burke—is also located. The Belmar Kitchen has a contemporary, casual, bistro-like vibe serving a beer-friendly menu with finely crafted dishes and full-service bar.

“[David] has a great following and has created concepts at very different levels,” said brewery co-owner Joel Brudner. “We look forward to continuing our fantastic partnership.”

Brudner and co-owner Christopher McCallion opened Beach Haus Brewery in 2015 in the large, Main Street building that once housed Freedman’s Bakery. It is located in Belmar’s downtown area, five blocks from the beach and steps from train and bus stops. The Brewery has a total occupancy of 440. Belmar Kitchen will seat approximately 100 guests.

“Belmar Kitchen will be an asset to the already popular Beach Haus,” said Burke. “I am very excited about this concept, it’s new and different and my team has had a very positive experience developing and executing this fun dining concept with Joel, Chris and their team. Our concept embraces locals and tourists alike who all love craft beers and serious food.”

Belmar Kitchen is located on the second level and will offer a more formal and subdued dining experience, albeit with the continued fun, casual ambiance. The décor is chic, rustic warehouse with whimsical accents throughout, for example wall mountings consisting of front halves of bicycles bursting through a wall, rustic doors propped up against walls leading to nowhere and suspended reclaimed flying windows painted Jackson Pollack-style in bright colors. The dining room uses sizable distressed wooden tables and has a large bar that faces the exposed kitchen. There is also an interactive chef’s table next to the kitchen.

Key to Belmar Kitchen is a gorgeous, hand-built, wood-fired Stefano Ferraro Napoli pizza oven, which was originally installed in Beach Haus in 2015. Some plans brewing for the summer at Beach Haus include creating more open-air and outdoor seating on the first level and grab-and-go items.