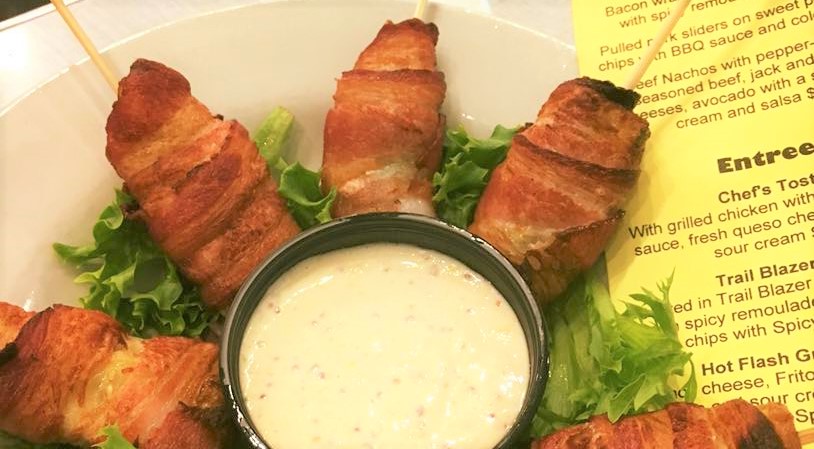 Everything Tastes Better with Bacon

Participating restaurants, along the town’s now famed Restaurant Row, will spotlight bacon, bacon, and more bacon in every conceivable way on their menus. Given the number and diversity of restaurants in this small town of 15,000 residents, that amounts to, well, a lot of bacon. They’re also joined by the town’s brewery, Devil’s Creek.

“It’s amazingly versatile,” said Chef Mark Smith of The Tortilla Press in Collingswood. “There are just so many ways [bacon] can be used.” Chef Nunzio Patruno will use the Italian version—pancetta—which can be used to enhance pasta or as a wraparound for meats. Patruno said, “Pancetta is featured a lot in Roman cuisine, especially in dishes like Bucatini all’Amatriciana.”

Connie Correia, owner of The Pop Shop, who has labeled her menu “America the Bacon,” calls bacon “a quintessentially American food. It feels like a little taste of home no matter where you’re from.” Correia will feature bacon in each of her Restaurant Week selections from appetizers through desserts. Other chefs will spotlight bacon in select dishes for the week, adding their own special culinary and ethnic touches to this iconic ingredient.

“Everything Tastes Better with Bacon” Restaurant Week runs through Friday, April 13. Prix-fixe options as well as menu specials can be found on the town’s website, collingswood.com.