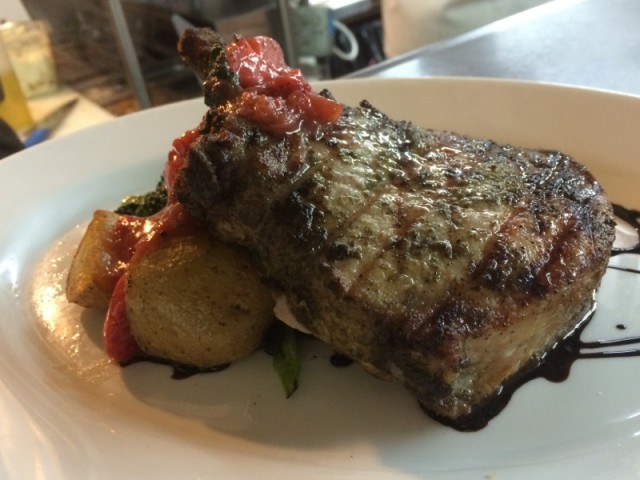 Chef Adam Weiss Gets His Due

Chef Adam Weiss is the new Executive Chef of Due in Ridgewood. Weiss, who was born and raised in northern New Jersey, takes the reins from Chef/Owner Chris Tarta, who will now focus his efforts in the kitchen at his Hillsdale restaurant, Bella Campagnia.

I had a chance to catch up with Chef Weiss, a CIA graduate, at an event a few weeks ago and when asked what his plans were for the menu at Due, he shared that he would slowly incorporate his style and vision into the restaurant’s already popular menu over the next few months. During a recent interview, Weiss expanded on the topic, saying, “Currently, I am focusing on making dishes that are Italian eclectic.”

He shared his thoughts about specific types of dishes. “I am focusing on making great, comforting dishes that bring seasonal elements to the plate without using some of the latest modern trends like sous vide and really small dishes,” he said. “However, I do like to follow the so-called trendy produce items like kale and rhubarb.”

The two-time winner of Ultimate Chef Bergen County was the Executive Chef of Esty Street when the restaurant garnered an impressive 3½ stars from The Record. (His tenure there ended in the spring of 2013.)

When asked if he gets inspiration from any local chefs, Chef Weiss said, “All chefs in the industry should be acquainted with local chefs and their styles. That being said, I really admire chefs Christine Nunn, Thomas Ciszack, Steve Santoro, Steve Christianson, Peter Lauria and Kevin Kohler.”

With this type of inspiration on his side and given his past successes, Weiss’ future at Due certainly seems promising. I look forward to visiting soon—more to come.