If You Love Crab Cakes, Bobby Chez Crab Cakes and Seafood Specialties is the Place! 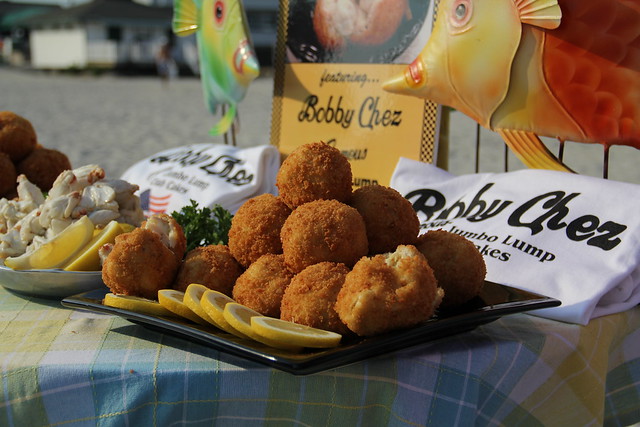 Robert Sliwowski aka Bobby Chez is well known in South Jersey for his delicious crab cakes as well as his earlier days as the chef/owner of Chez Robert restaurant in its’ three different locations from 1976 until 1995. Chez Robert was a landmark French restaurant “back in the day” as they say nowadays. People still talk about the amazing seafood bar and consistently scrumptious entrees he served. After the closing of Chez Robert, Bobby decided to reinvent his talent in 1997 using his fathers’ crab cake recipe and his mothers’ help into what again became a new landmark in the food business, Bobby Chez Seafood Specialties in Voorhees. Today his business and commissary is located in the Tuscany Marketplace shopping center in Cherry Hill. 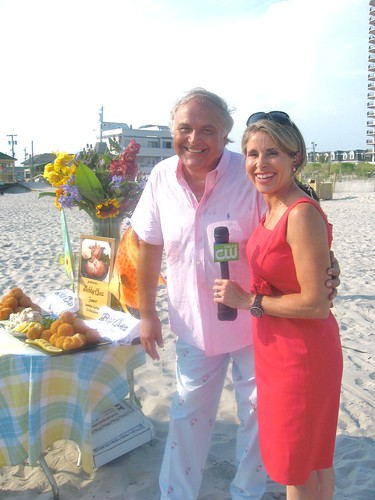 However, Bobby’s business acumen goes way back to his childhood days selling water ice on a wagon at the pool club where he lived. Then at age 15 it was on to the Woodcrest Country Club in Cherry Hill where he and his mother Phyllis ran the food concession. After graduating from college at age 23, Bobby ran the kitchen at the Country Squire Motor Lodge and six months later decided to open his own restaurant, Chez Robert. Fast forward to today, and Bobby Chez has stores in Cherry Hill, Mt Laurel, Collingswood, Egg Harbor Township, Washington Twp., and Margate with crab cake sales exceeding 30,000 weekly, including wholesale sales to restaurants and supermarkets and a run on QVC.

His Famous Lump Crab Cake is a six ounce, hand rolled, lightly breaded crab cake full of juicy white meat with just the right amount of creamy goodness to hold it altogether. No filler here! The lines outside the store give proof to that. The menu has expanded over the years to include Lobster Mashed Potatoes, Lobster and Chicken Pot Pies, Coconut Shrimp, Rotisserie Chicken and Fresh Veggie Sides just to name a few of the many delicious offerings daily. Bobby Chez also creates great holiday fare so you don’t have to. Starting this past December, due to high demand from appearing on QVC, Bobby with the help of his wife Linda, has launched Bobby’s Gourmet Grocery Store. They ship crab cakes, mini crab cakes, shrimp puffs, and stuffed shrimp anywhere in the country. Check out their webpage at

www.bobbychezcrabcakes.com for directions and daily specials. 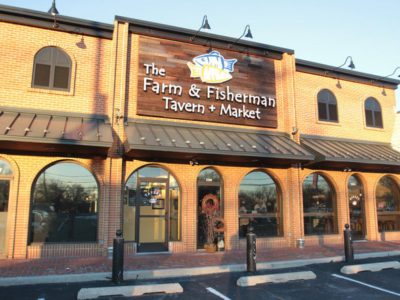 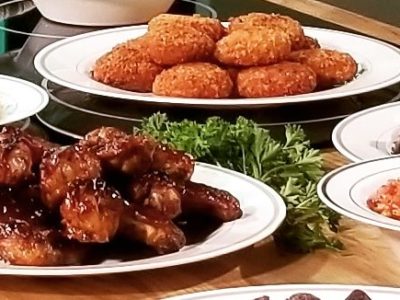 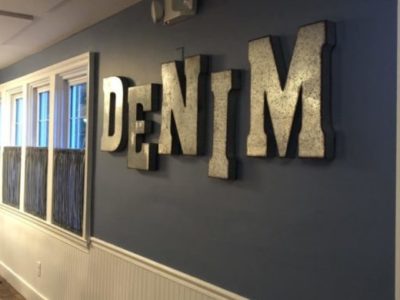 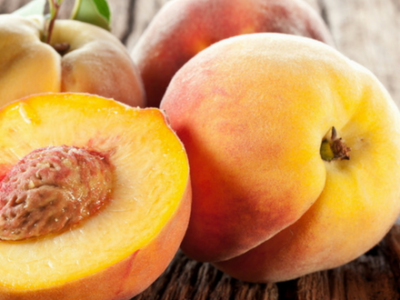