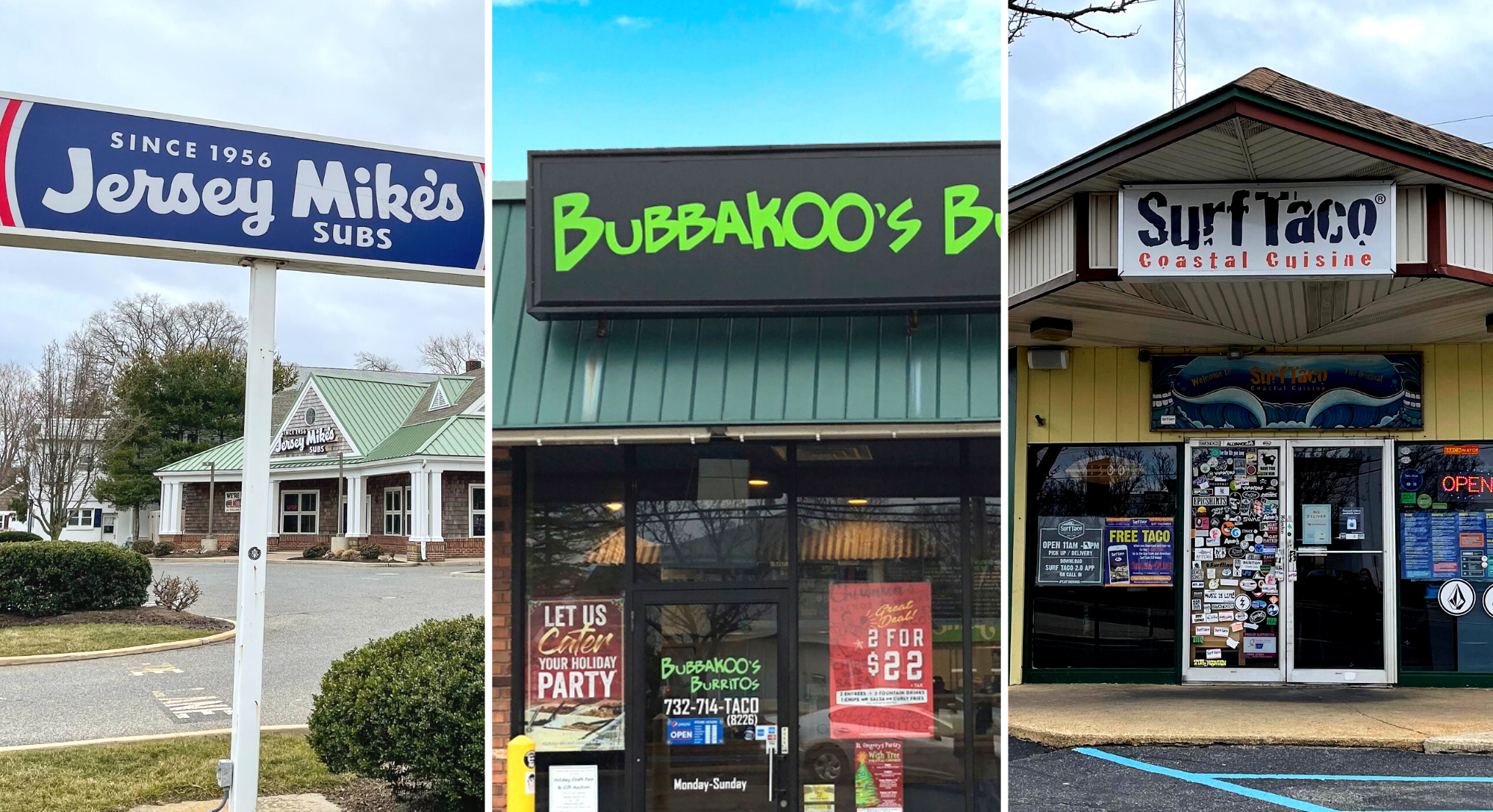 I am not quite ready to group Point Pleasant, New Jersey, into the list of mystical places like Stonehenge, the Bermuda Triangle, or the island from Lost. I’m close, though. I mean, how else can you explain the fact that a small Jersey Shore town, barely over four square miles, has spawned three successful fast-casual food-chain establishments. It’s supernatural, I tell you!

Not to get overly food historian on you, as I am well aware that Wichita Kansas gave birth to two iconic food chains—White Castle and Pizza Hut—but considering Doo Dah (Wichita’s cute nickname) has over 600,000 people, that seems reasonable.  Point Pleasant, on the other hand, has a population of less than 5,000 before the Summer Benny swell. Is it the water? Maybe. Could it be the salt air? Perhaps. But until you can prove to me otherwise, I am going to assume it is due to a unique electromagnetic pull that draws culinary talent to its border.

The reality is that New Jersey has always been a gastronomic hot spot. We have some of the world’s best pizza joints. Our subs, hoagies, and hero sandwiches are second to none and the diversity throughout the state offers some of the best ethnic food enclaves in the country. So, it makes sense that New Jersey is home to great chain restaurants, but still—why Point Pleasant?

Jersey Mike’s: It All Started Here

In 1956, Mike’s Subs opened a storefront in Point Pleasant. Sub sandwiches were not as ubiquitous as they are today. At that time, most delis and restaurants were mom-and-pop shops and if you wanted to survive, you had to be good. Mike’s was good and very quickly became an area favorite, as they sold ham-and-cheese combos to vacationing families at the shore.

According to Jersey Mike’s website, the story goes that a 17-year-old Peter Cancro, who had been working at Mike’s since 1971, overheard his boss mention that he was thinking of selling the business. Peter approached his football coach, who he knew also happened to be a banker, about the idea of buying the business.

With his coach’s backing, Peter took control of the sandwich shop and slowly grew the business locally. In 1987, Peter decided to franchise the shop and changed the name to Jersey Mike’s Subs in hopes to capture the Jersey allure.

Today, Jersey Mike’s has over 2,000 locations throughout the country. It is rumored that all locations bake their bread with New Jersey sourced water to make authentic sub sandwiches and Philly cheesesteaks for Garden State expats and everyone else yearning for a taste of the Northeast. 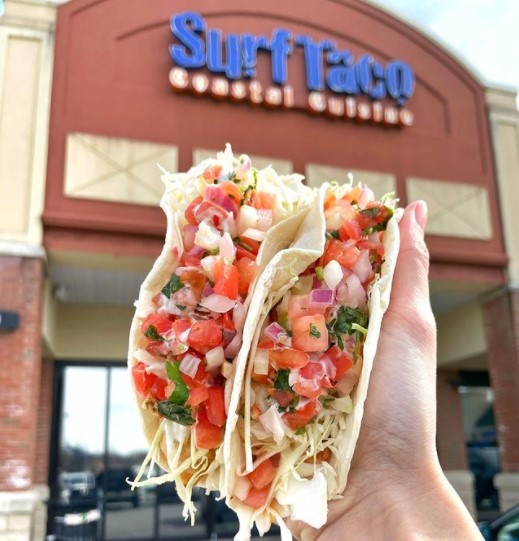 Take one look at taco chain Surf Taco’s IG, with its images of waves and sand, and you very well might expect to find them located in Hawaii or California. In fact, they almost were. I listened to the Shifting Perceptions podcast’s interview with Surf Taco’s owner, Rob Nagel, discuss his interesting trek from former Jersey Shore lifeguard by day, bartender by night, to eventual restaurateur. His story only gives further credence to my belief that something more than coincidence was afoot.

The original concept for the chain restaurant was to be “Surf and Subs.” The plan was to offer fresh food and chill vibes throughout the beach communities in SoCal. Plans changed, however, as Nagel and his future wife unexpectedly returned to New Jersey. Still, that did not keep Nagel from seeing his vision come to fruition. With a quick alteration to his plan, he replaced subs with tacos. On Memorial Day Weekend 2001, Nagel and his fellow owners opened the first Surf Taco in Point Pleasant, introducing their “coastal cuisine” and laid-back, surf-culture brand to the Jersey Shore.

Today, the chain boasts 11 shops sprinkled throughout Jersey beach towns. They’ve also opened their first in Florida. All serve an eccentric menu of seafood-infused Tex-Mex (That including the monster-sized creation, Tsunami Burrito.) Sitting inside the art-filled dining room, you might half expect you to find Jeff Spicoli and friends munching on some tasty waves.

Bubbakoo’s Burritos: The New Kid on the Block

In 2008, lightning struck for a third time as Paul Altero and Bill Hart partnered to open the first Bubbakoo’s Burritos, in Point Pleasant. As their website says, it quickly became a place for people to relax and enjoy a great meal. Their first digs, coincidentally, shared a dining room with Jersey Mike’s. The unique blend of skater-meets-street atmosphere and the fresh approach to Tex-Mex quickly grew a cultlike following.

Bubbakoo’s took advantage of the affordable leases available during the housing bust and expanded its presence throughout the state. As of this post, there are over 48 locations across eight states, with another 77 in development. Bubbakoo’s offers a four-step “build-your-own-tacos-burritos-and-bowls system. Customers choose a protein and add-ons, in addition to the signature Chiwawa: a panko-crusted, cheesy rice ball.

I may have hyperbolized the paranormal origins of these restaurant chains. The truth is, Point Pleasant was the right place at the right THREE times. Plus, New Jersey is filled with talented entrepreneurs.

Did I mention that Point Pleasant was built on an ancient burial ground? I kid! 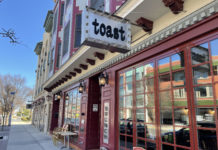 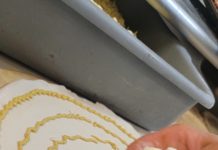 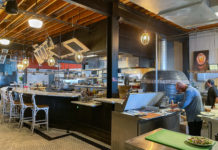