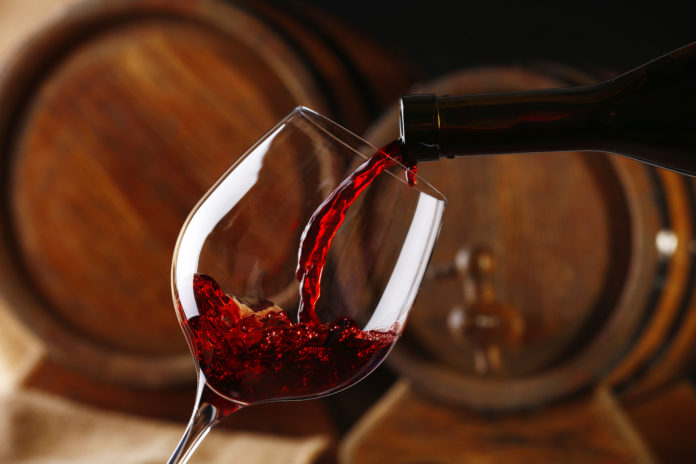 At precisely 12:01 a.m. on the third Thursday of every November, the annual harvest of Beaujolais Nouveau is released. It wasn’t until November 21, 1991, that I became acquainted with this young red wine and its tradition. I was a new busboy working Wednesday nights, afterschool, at an old stagecoach stop turned rural North Jersey tavern.

It was a mild evening, and we were in the midst of a late autumn “summer.” I assumed that it was the nice weather or weekly karaoke night that caused the spike in the night’s attendance. The dining room was filled with the regular lineup of wannabe crooners waiting for their turn at stardom. Around 10 p.m., an over-served 30-something finished her tipsy rendition of Amy Grant’s “That’s What Love Is For,” and the DJ packed up his equipment for the night.

The crowd grew and my customary trips into the kitchen became runs from the bar. The unpretentious patrons munched on gratis canapes of salmon rillettes and crusty baguettes avec du fromage arranged nicely on mismatched floral platters.

When the clock hit 11:30 p.m., the barkeep put out a digital timer and started a 30-minute countdown. Behind the counter, a barback carried a 1991 Beaujolais Villages-stamped wooden barrel to the front of the room. An audible hum of anticipation grew louder as the Sussex County bar became Times Square on New Year’s Eve.

As the clock struck midnight, the tap of the keg was smashed open with a wooden mallet and glasses of the cherry-red wine poured continuously for the next two hours. It was now the third Thursday of November: Beaujolais Nouveau Day.

Sadly, that bar is no longer in operation, and the 200-year-old building that housed it has long since been demolished to make way for a mega CVS. And despite never finding another Jersey bar that celebrates Beaujolais Nouveau with the same fervor as that bar did that night, I have continued this tradition at home and with my friends. Here are some fun things you can do to be part of this year’s celebration.

This year, the third Thursday falls on November 19. Draw a giant circle on your calendar to celebrate Beaujolais Nouveau Day. Unlike my experience, you will not have the ability to buy a bottle at midnight, so make sure to ask your favorite liquor store if they plan on stocking a Beaujolais Nouveau.

In the meantime, take comfort that Gary’s Wines and its multiple North Jersey locations are sure to carry Georges Duboeuf, named for the individual known to be the creator of the Beaujolais Nouveau craze in the U.S.

Download Edith Piaf’s Greatest Hits to your playlist; you do not need to understand French to appreciate this haunting soundtrack. Set your home bar ablaze with candles to recreate the torchlit festivities of Beaujeu, in southeastern France.

Couple this amped-up grape juice with a mild Brie or Camembert. The strawberry and raspberry notes pair well with a thin-cut Serrano ham or the crunch of a pickled cornichon, both available at Barth’s Market (New Providence). For an entire meal, consider ordering takeout from classic French bistro Sophie’s in Somerset, I suggest a hearty Boeuf bourguignon.

You have probably seen the colorful Georges Duboeuf bottles at your local liquor store and it’s possible that might be your only Beaujolais Nouveau option. But search a little harder and you’ll undoubtedly find other brands. For me it has become my own personal scavenger hunt as vineyards like Louis Jadot, Joseph Drouhin and Henry Fessy are out there and all worthy of a try.

The exact taste of the wine is dependent on the year, and my French birdies are suggesting that there might actually be something to look forward to in 2020, after all. Hopefully this will sting you like it did me and you will add it to your Thanksgiving tradition. And speaking of Thanksgiving, make sure you keep a bottle for Black Friday, because a room-temperature glass of wine and a cold turkey leg are my kind of leftovers.