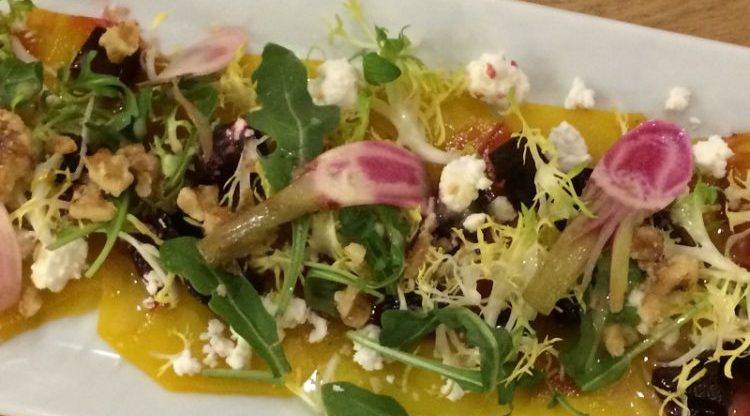 The writer was invited to visit Primo Mercato and the meal was complimentary.

How absolutely magnificent was the Primo Mercato dining experience? Dare I say it was extraordinary? Yes, that’s the most accurate way to describe it. 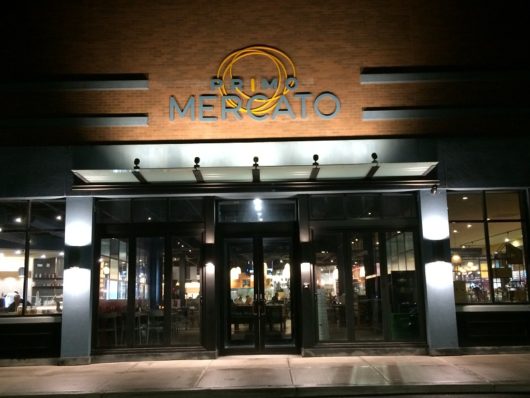 Nestled in the Mall at Short Hills, Primo Mercato is a market that combines sensational fresh food, a friendly bar and extensive wine list, and tasty live jazz music, all of which feeds the soul. (The John Bianculli quartet performed romantic ballads on the eve of Valentine’s Day when this reporter and his wife visited.) 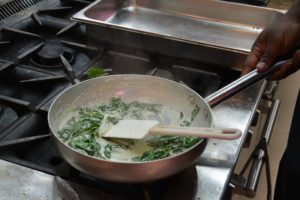 A relaxed, friendly atmosphere of hospitality proved to be an equally outstanding element of the dining experience. There was a professional, courteous, welcoming spirit that came from the entire staff—from the servers and bartenders, to the cooks working the grill, to Lorenzo Piombini, manager, and GiGi Putzu, executive chef. For example, in the open kitchen, one of the line cooks said he was preparing a creamed spinach platter as a special customer request. “It’s not on our menu tonight, but a customer asked for it, so I’m making it from scratch.” Bravo!

Primo Mercato, which opened in December 2018, celebrates the traditions of Italian comfort street food, inspired by the iconic Mercato Centrale in Florence, Italy. “The concept of a ‘mercato’ or market is deeply entrenched in Italian culture; not only a place to shop and eat, but a place for a people to gather, truly the heart of the community,” said a representative.

Occupying 17,000 square feet in the Mall at Short Hills, the Primo Mercato floor plan features dedicated stations for meat, fish, pasta, deli and salad, along with the main bar, a café, a pizzeria, and the small restaurant, which includes a secondary bar. 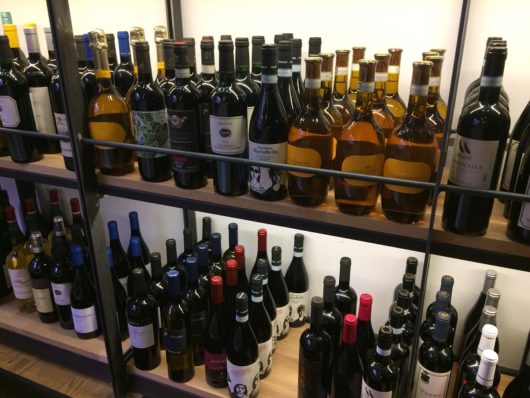 My southern Italian ancestral genetics began to percolate with the arrival of a superb appetizer course, which included a grilled and chilled octopus salad, fried calamari, and a small pizza sampler. The cold octopus salad—a true delicacy, tender and delicious—warmed my heart and kindled memories of family food gatherings from years ago. In addition to sections of the octopus tentacles, the salad was composed of toasted bread, baby spinach, heirloom cherry tomatoes, and Taggiasca olives. It was a stunning harmony of textures and flavors.

We moved to the restaurant section of the market and chef GiGi revealed what he had created as the main course. First, a colorful, shaved golden beet root salad (shown at top), with marinated beet root cubes, all topped with arugula, goat cheese, and chopped walnuts, followed by fresh pappardelle with a savory beef Bolognese sauce.

This was followed by seared tuna, accompanied by fennel and arugula greens, red bell pepper puree and sunchoke chips. Each dish was a dazzling work of culinary art in terms of presentation and preparation. Another bravo!

Having fully indulged in our meal, there was no room for dessert—at least that’s what we initially thought—but sometimes duty calls and you must answer the call to duty. That meant consuming an enchanting “pre-Valentine’s Day” strawberry mousse/gelatin cake, along with butter cookies, and Sicilian cannolis dipped in chopped pistachios.

Desserts are tiramisu, three-chocolate mousse, handmade pastries, and a tart with custard cream and fresh fruit. Strolling through the mercato, I stumbled upon a display case of numerous, tempting pastries and desserts. 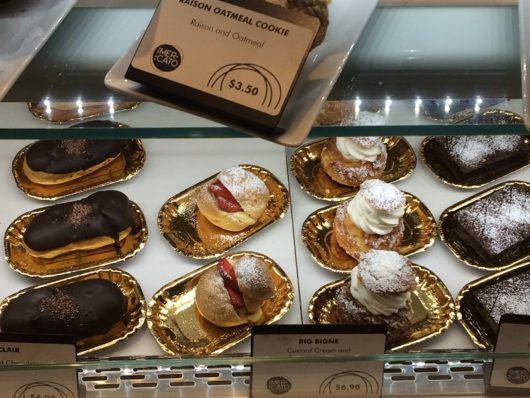 Lorenzo and GiGi offered some insight into their respective journeys. Both men were born and raised in Italy. Lorenzo is from Modena while GiGi hails from the island of Sardinia. GiGi received his culinary training in Italy, while Lorenzo has been involved in the restaurant business for more than a decade, including a stop in London. They expressed their gratitude for having an opportunity to pursue their careers in the United States.

Even though they didn’t come out and say it directly, one could see that these gracious young men are a bit homesick for Italy, as revealed in the tone of the voices and the look in their eyes. Nevertheless, they were enthusiastic about being associated with Primo Mercato and expressed a warm-hearted appreciation for the customer relationships they’ve established in New Jersey.

Grazie Mille Primo Mercato. Your kitchen and kindness filled us with good food and lots of love on the eve of Valentine’s Day. Arrivederci for now; we’ll be seeing you soon.