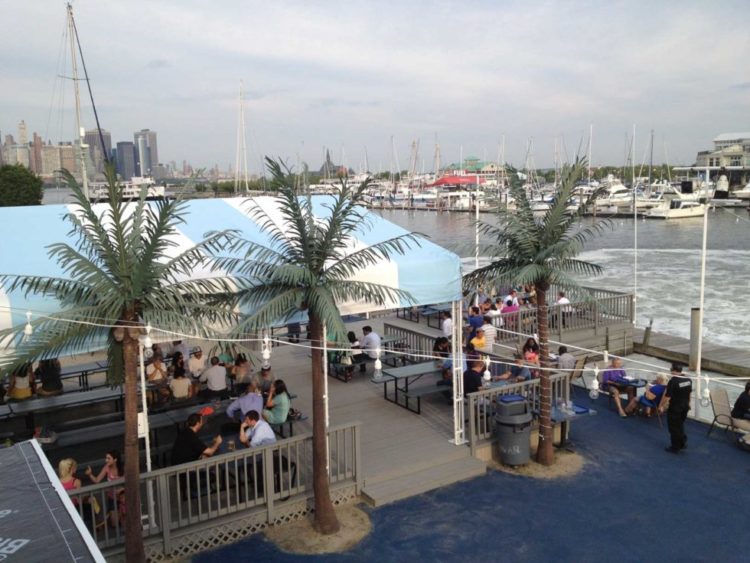 New Jersey’s own Franco Robazetti of Zeppelin Hall and Surf City (pictured above), in Jersey City, will appear on Chopped, on the Food Network. The episode premieres on Tuesday, May 29.

Chopped is hosted by author, television personality, and food connoisseur, Ted Allen. In the show, four chefs use their skills to compete with each other to prepare a top meal. In each round they have to use ingredients that are provided by the show and the chefs are often called upon to utilize unlikely components in their dishes. As each course in the meal is judged for taste, presentation, and creativity, the last chef remaining is the winner and receives $10,000. Jersey Bites caught up with Franco Robazetti to find out about his experience on Chopped.

Our Chat with the Chef

JERSEY BITES: Many chefs dream of being on Chopped!  How did you feel when you were first selected?

FRANCO ROBAZETTI: I felt honored and excited to be able to have the opportunity to show my skills through a very competitive challenge but I was also very nervous.

Tell us how your experience and background contributed to competing well.
My 25 years of experience helped me by accumulating knowledge of different types of cuisines through high volume and fine dining restaurants.

How did cooking in front of the cameras influence your work?
You do not even feel the cameras on you. It’s just you versus you. There isn’t even any time to think about the cameras.

What was the biggest challenge in the competition for you?
Time! Not enough of it.

What’s next for you?
You will definitely be seeing more of me very soon.

Robazetti is a native of Venezuela, with Italian and Spanish heritage. He graduated from the Venezuelan Gastronomic Training Center, Cordon Bleu Program, in Caracas, and has a Master Baker Certification from the French Culinary Institute in New York. He received the 2007 Silver Spoon Award for Best Restaurant and the Golden Ribbon Award. His move to the New York City area brought new culinary opportunities including serving as executive chef at the Iridium Jazz Club, executive sous chef at Bobby Vans Steakhouse, and executive banquet chef for Zylo Tuscan Steakhouse at the W in Hoboken. In 2013, Robazetti was hired as executive chef at the metro area’s largest biergarten and restaurant, Zeppelin Hall, in Jersey City and also serves as executive chef each summer at Jersey City’s beach bar and seafood restaurant, Surf City. He lives on a boat right behind Zeppelin Hall with his wife, Megan, and wouldn’t have it any other way.

All photos are courtesy of Franco Robazetti.