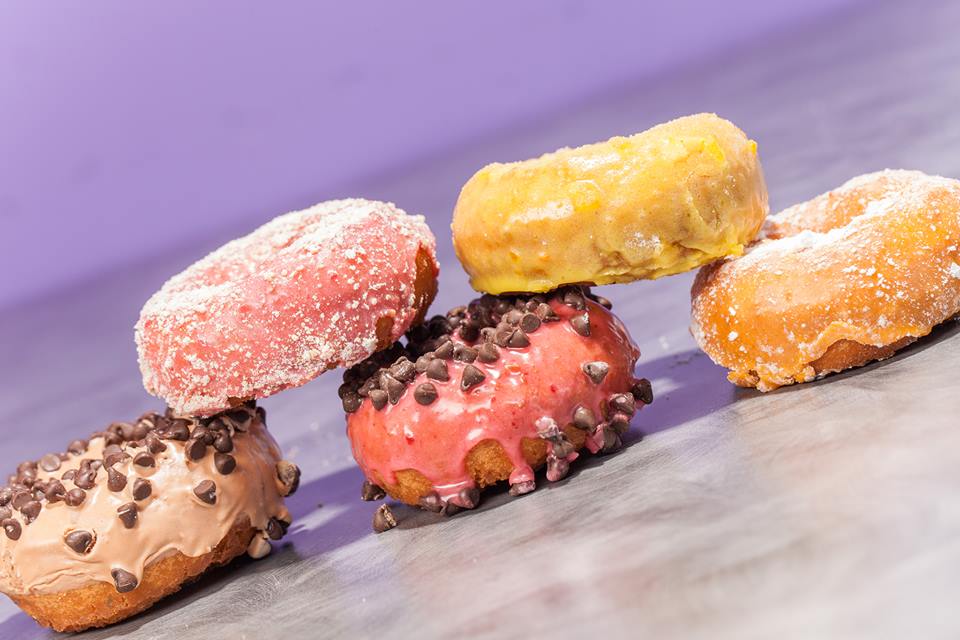 Get your culinary game on this spring with Jersey Bites, where Susan Bloom takes a look at some key openings around the Garden State. Have a restaurant/food outlet opening, closing, or other key development to share? Email your news to info@jerseybites.com.

On April 6, Asian/Chinese fusion restaurant I Fish celebrated its grand opening in its renovated 2,500 square-foot space which formerly housed a Friendly’s restaurant. “The menu promises to have something for everyone and offers a new, exciting dining option in Bergen County,” shared owner Eddy So. “Several chefs have collaborated to create the unique fusion menu at I Fish,” agreed restaurant spokesperson Martha Morley. “Among other items, I Fish offers a range of popular Asian and Thai dishes as well as fresh-squeezed juices and their dumplings are amazing!” Along with its clean and modern décor, I Fish features an open kitchen concept that offers patrons a bird’s-eye view of the chefs preparing dishes through the plexiglass partition. While its owners/operators have had extensive restaurant experience in Texas, I Fish represents their first venture in the tri-state area.

Defining ‘supper club’ as a spot where you can enjoy both a delicious meal and great social interaction, 100 Steps announced the appointments of new general manager and proprietor Saad “Jack” Tagmouti as well as award-winning executive chef Joe Beninato. Tagmouti’s nearly 20 years of restaurant experience include a role as manager and event planner at The Frog and the Peach in New Brunswick, while Beninato’s decade of culinary experience includes turns at The Frog and the Peach and Ursino in Union. Beginning this May, 100 Steps will be open every Tuesday from 4 to 10 p.m. in addition to its current Wednesday through Sunday hours; in June, the restaurant will begin offering lunch Tuesday through Saturday from 11:30 a.m. to 2:30 p.m. as well as a Sunday brunch from 10:30 a.m. to 2:30 p.m.

Great pub food, drinks, and face-to-face time are all on tap at the iconic 90-year-old Green Knoll Grill, which has been owned for the past 20 years by Joseph and Lisa Dichiara and has just undergone a variety of renovations to the restaurant and menu. “In addition to repainting the building inside and out and installing new lighting and hardwood floors as well as additional TVs and new tile around the bar, we’ve invested in all new patio furniture and red umbrellas, new sofas at our Tiki Bar, which create a party lounge atmosphere there, and added another Tiki Bar where a children’s playground used to be,” shared Lisa Dichiara. The restaurant’s new chef has also added such appealing menu items as craft burgers, wraps, and sandwiches, a fried Southern Comfort chicken sandwich served with mashed potatoes and spicy coleslaw, a giant pretzel, and new homemade cheesesteak egg rolls. The Green Knoll Grill will follow up its extensive renovations with the introduction of a new outdoor beer garden this May.

Offering ‘smoothies, juices, eats, and treats,’ Zest launched in Fairfield with an official grand opening celebration on March 18. “Everything here is made from gluten- and dairy-free ingredients,” said owner Luciana Contuzzi of a menu that includes fresh smoothies and juices, acai bowls, vegan baked goods, ‘Krust’ (Zest’s own gluten-free toast options), salads, breakfast items, and kombucha on tap. Featuring a cheery bright green interior with wood accents, indoor and outdoor seating, and pictures of her family on the walls, Contuzzi said that Zest truly reflects her own approach to eating. “I’m inspired by organic, healthy, and delicious foods and am excited to share my lifestyle with others,” she said. “I’ve always dreamed of having my own eatery and there’s nothing like Zest in our area.”

Coming this May, Beenie’s Ice Cream will represent a new, locally owned dessert shop serving homemade ice cream, gelato, sorbet, Italian ice, Belgian waffles, custom ice cream cakes, and more, all of which are made fresh with organic milk and cream, pure vanilla extract, and top-of-the-line equipment. Owned by Mendham resident Tony Franco and named after Franco family dog, Beenie, a schnauzer-terrier mix, Beenie’s will offer over 40 ice cream flavors, “but we’re about more than just ice cream,” said Franco, a former art student who managed another ice cream shop for several years and thoroughly enjoyed the experience. “We’ll have all of the classic flavors but plan to offer some unique options, including small batches of vegan gelato and sorbet, and will even encourage creativity among our customers by inviting them to create flavors for us as well, which we’ll recognize through a ‘Flavor of the Month’ contest.” Creating jobs for an estimated 18 employees during the upcoming summer season, Franco looks forward to creating a fun, vibrant experience at Beenie’s and to bringing small-town ice cream shop flair to Morristown’s culinary scene. “There’s competition in this market, but Morristown is a big and growing town and there’s enough room for everyone,” Franco confirmed. “We’ll be a more quirky, fun take on ice cream and hope to make people happy one scoop at a time.”

Coming this May, The Fractured Prune Donut Shoppe will expand beyond its bustling locations in Maryland, with a new outlet on the boardwalk in North Wildwood. Offering a coffee bar, breakfast sandwiches, hot and cold beverages, and a variety of its signature hot, hand-dipped doughnuts, managers promise that a visit to the popular shop offers “an experience for customers beyond just doughnuts.”

Launching the first weekend in May, Parker’s Garage will open on the bay-front site of the former Boathouse Restaurant, a Beach Haven landmark since 1995. Recently acquired by The Black Whale Restaurant Group (which owns and operates such other popular Long Beach Island eateries as Black Whale Bar & Fish House, Mud City Crab House, Old Causeway Steak & Oyster House, and Ship Bottom Shellfish), the new venture will offer the best of the signature seafood dishes the Black Whale Group is known for along with a sense of the colorful history of the Beach Haven Maritime District. According to Black Whale partner Bob Nugent, Parker’s Garage was founded by bayman and noted decoy carver Ellis Parker, who built the restaurant and boat rental facility next to the storied Beach Haven Yacht Club in 1913; Parker’s Garage soon became a hub of activity for the fishing, sailing, bay harvesting, and beach lifestyle. The new incarnation of Parker’s Garage will feature creative dishes and local seafood as well as its own boat slips and, like the previous Boathouse, will remain a wedding venue for receptions of up to 180 guests. In addition to the magnificent sunset views Parker’s Garage will afford diners, The Black Whale Group’s six partners are excited to take their relationship with the Barnegat Bay to the next level via this project by investing in an oyster co-op, through which a new generation of local oyster farmers will raise the shellfish that will be offloaded and served right at the Oyster Saloon.