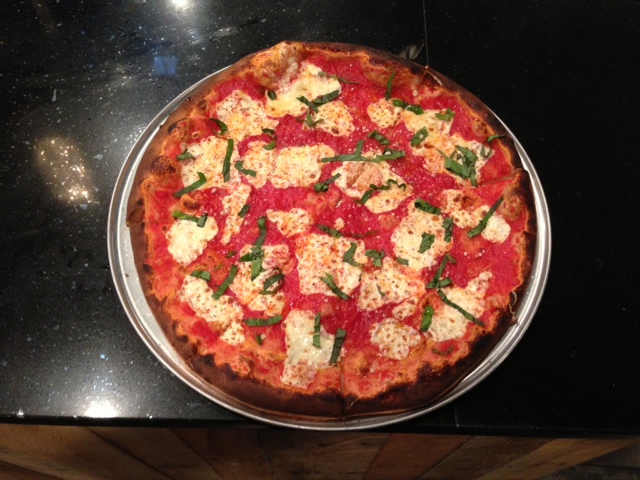 With no prior history in the restaurant industry, owners Catherine Monzon and Steve Knecht had no intention of opening a pizzeria. The two had successful careers in their respective industries—Catherine worked in the film/cable industry in New York City while Steve worked in construction and owned other businesses—before switching careers and meeting in massage therapy school. They owned and operated a practice for a few years before they eventually sold it. 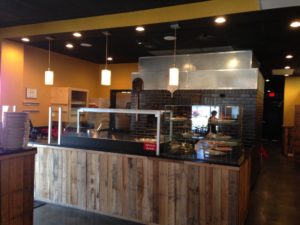 “When we sold our practice and were reassessing our next path, we had a lot of time on our hands,” said Catherine. “We would watch Diners, Drive-ins and Dives and run out and visit some of the places that interested us.”

The idea of opening up Zoni’s Coal Fired Pizza sparked when Steve came across an ad on Craigslist for a pizzeria that was for sale. He visited, and then worked there for a couple of weeks to immerse himself in the operations of the business. The sense of community had him sold on the idea. The two soon decided that opening a pizzeria was their next move. 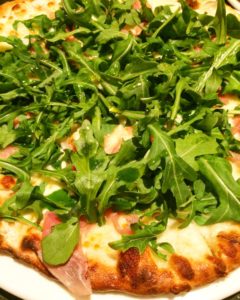 With the help of their families, Catherine and Steve flipped the place and made it their own. The interior is cozy and inviting with an open space to view the pizzas being made in the coal-fired oven. Now with a full staff and a modified menu, Zoni’s landed a spot on the N.J. Pizza Power Rankings list by the Garden State’s own Peter Genovese. Signature menu items include The Camilla: a four-cheese white pie with prosciutto, fresh arugula and truffle oil, and the Stefano: tomato sauce, sliced homemade meatballs, ricotta cheese and caramelized onions. At Zoni’s, the dough, sauce, and mozzarella are made fresh daily.

Also unique to Zoni’s is the coal-fired wings, which are served with caramelized onions and homemade gorgonzola dip. A notable dessert item is the strawberry cheesecake rollatini, an original item made by Catherine.

Now celebrating Zoni’s four-year anniversary in April, Catherine and Steve see their hard work paying off and are looking forward to future opportunities.

“The guests, hands down, are the best part of owning a pizzeria,” said Catherine. “All the hard work and the stress makes it worth it when you witness the joy in people enjoying our pizza and other offerings, as well as the atmosphere.”