The brew house, the business model, and the beer are all just a little different. With monikers like Migratory Tent Show and Sweating Through Your Clown Paint, even the beer names are offbeat. 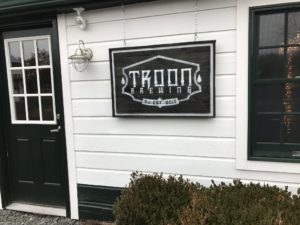 Alex Helms, the brewer and sole proprietor of Troon Brewing, started out with a culinary bent. Chefs and brewers are often thought of as having many common traits. Helms originally intended to pursue the former, but after a stint at Jester King Brewing, the Austin, Texas, brewery renowned for its wild fermented ales, he found himself more inclined toward the brew house. He’s a New Jersey native and the brew house he chose is a 19th century barn in Hopewell. It’s located on the property of the Double Brook Farm (130 Hopewell Rocky Hill Road) which also contains the beautiful and historic Brick Farm Tavern. Helms has certainly put in some sweat equity in restoring and configuring his little barn brewery. A piece of cardboard serves as the signage that describes the tap list and the attractive brewery sign outside was a donation from one of his customers. Some mismatched furniture and an oddly placed mash tun round out the lounge decor while the brewery itself gleams inside the reclaimed barn. The name of the brewery derives from the Dutch word for throne. I’m not sure if that’s meant to be ironic but the rustic charm of the place stands in contrast to the industrial spaces a lot of small breweries operate in.

There are other differences as well. While you can get a growler filled in the brewery, you can’t get a pint or a tasting flight. For those, you’ll have to walk over to the adjacent Brick Farm Tavern, which is Troon’s only account. I’d suggest the tavern as your first stop so that you can decide what you want to fill your growler with. I went with the aforementioned “Migratory Tent Show” which is a hop forward strong ale that has an interesting hint of traditional Belgian funk. Just a hint. Helms told me that he used a blend of two yeasts to produce the beer—neither of which was Belgian. The brewery filled up with folks eager to get a growler filled before I could find out if it was the yeast, fermentation temperature or the malt bill that produced that characteristic but perhaps it’s better as a mystery. Back in the tavern, each beer in the tasting flight holds a sophistication that belies its barn brewery beginnings.

That’s a good thing too, because the menu at the Brick Farm Tavern certainly deserves a well constructed beer to stand next to it. Double Brook Farm is a fully functioning farm so a lot of what is grown and raised there ends up in the kitchen. The menu had us salivating and I wish I could comment directly about the food, but we arrived while the kitchen was closed, between lunch and dinner service. We were able to peek in to the kitchen and watch the staff do their dinner prep…so close, yet so far! By all accounts, the fare is first rate and the atmosphere has an upscale historic vibe. Lesson learned. Double check those hours! We’ll just have to go back. 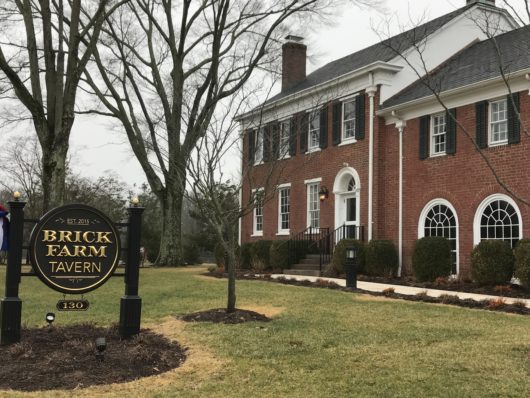 Troon and the Brick Farm are so closely connected, I wondered about the level of collaboration between the two. “An official collaboration hasn’t occurred yet but we have been throwing some ideas back and forth,” Helms told me. He has a small test batch system that will allow for them to “explore some more esoteric styles” and incorporate seasonal ingredients. The tavern has been supportive. As part of the next generation of craft brewers, Helms has “a general distaste for hard and fast guidelines or restrictions. My main concern is how good a beer tastes…” Having tasted the liquid and seen the menu, I can only imagine what lies ahead. 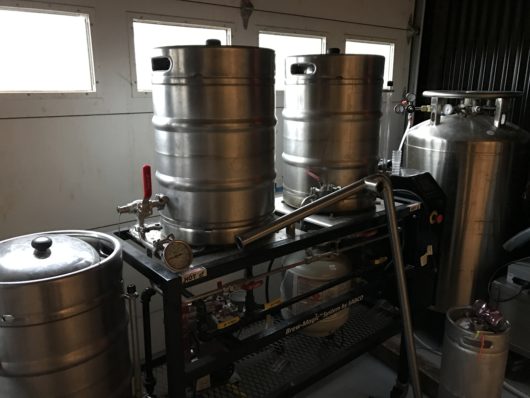 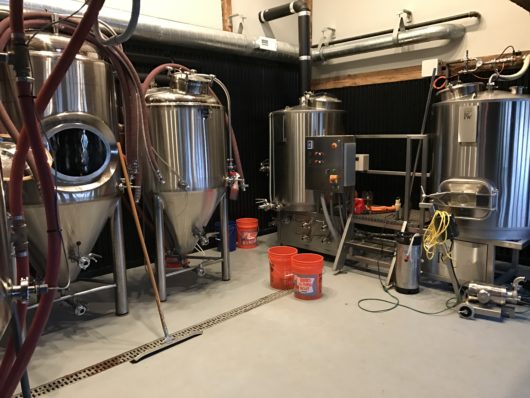