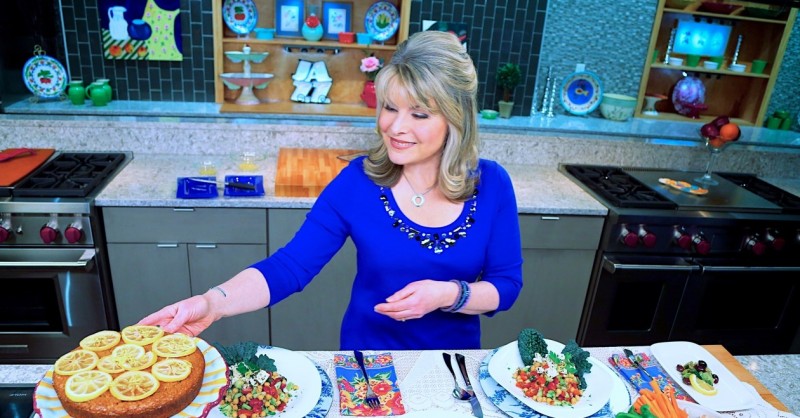 “This cookbook is for novice cooks and longtime vegans,” says Theodore, who lives in northern NJ. “I’ve created 130 wholesome, economical, and satisfying recipes that are quick and easy, with nutritional analysis.”

Ladies and gentlemen, this is not your average cookbook. Theodore could have just left us with 130 of her vegan recipes (26 of which are desserts), but no, she decided to take the whole cookbook thing to the next level. Each recipe has an “ease factor” of 1 to 3, depending on the number of ingredients, time it takes to serve, and how accessible the ingredients are to the average consumer (basically whether your average grocery store will have it or if you have to go to a specialty health market). All of the recipes take 30 minutes or less to prepare and even the 3s (the “hardest”) have, at most, 15 ingredients.

“There’s so many cookbooks with so many icons,” notes Theodore. “The crux of the book is the Ease Factor, which will help people prepare dishes much easier, especially when they’re tired at the end of the day.” If it’s rated an Ease Factor of 1, like the mini sweet peppers with hummus, it’s likely that you’ll have all the ingredients in your kitchen already—and it’ll take less than 15 minutes to prepare.

In addition to the “ease-y” recipes, the book also has a chapter about menu planning, packed with 12 full menu plans that you can mix and match for any occasion, whether it’s breakfast on a Monday or Thanksgiving dinner.

“I wrote this book around what I felt I needed in a cookbook,” says Theodore. And to help make your vegan lifestyle easier, there are entire chapters dedicated to nutritional concerns for vegans, a list for pantry, refrigerator, and freezer essentials as well as basic tools that will make every vegan cook’s life easier. There’s even help on what to do and say when you’re serving vegan dishes to a non-vegan guest.

As for the recipes themselves,Theodore outdid herself yet again. Including some recipes from her upcoming Season 5 TV show, The Jazzy Vegetarian (which includes guest appearances by Lynrd Skynrd’s Rickey Medlocke, celebrity chef and author Lidia Bastianich, and acclaimed author Victoria Moran), starting October 17, on NJTV at 2:30 p.m.

This includes her five-ingredient Hungry Guy burger that was concocted one night when she was cooking for her husband. It was a hit and I predict will be one of the star dishes of the cookbook. In addition, unlike many other vegan cookbooks, Theodore did something that will make those with a sweet tooth very happy: she focused on desserts, made from scratch, with no preservatives.

“Eight years ago I upped my dessert game,” says Theodore who began making muffins, and then moved on to desserts and cupcakes. “There are no fillers, no xanthan gum. All of them (the desserts) are made from scratch and many are gluten free.” Theadore substitutes tortillas for tart shells and makes a lot of other switches that even as an omnivore, I applaud her for. There’s something that makes a really great vegan brownie just a bit more scrumptious than a regular one, eggs and all.

Whether you’re baking her Greek lemon cake with candied lemon slices, serving up her eggplant stackups with vegan cashew cheese, or maybe trying out the Hungry Guy burger (see below!) Theodore hopes that it’s super easy for her readers to cook and live a vegan lifestyle.

It’s even easy to preorder the book on Amazon or at The Jazzy Vegetarian.

Scoop up a generous 1⁄2 cup of the black bean mixture and put it on the prepared pan. Form it into a burger, shaping it with clean hands, then flattening it slightly. Continue in this manner to make five more burgers (see note). Bake for 20 minutes. Flip the burgers and bake for 8 to 12 minutes, or until golden.

Chef’s Notes
* You may use mild, medium, or hot salsa in this recipe.
* Once formed, the burgers may be covered and refrigerated for 2 to 6 hours before cooking. Add 5 to 7 minutes to the baking time.