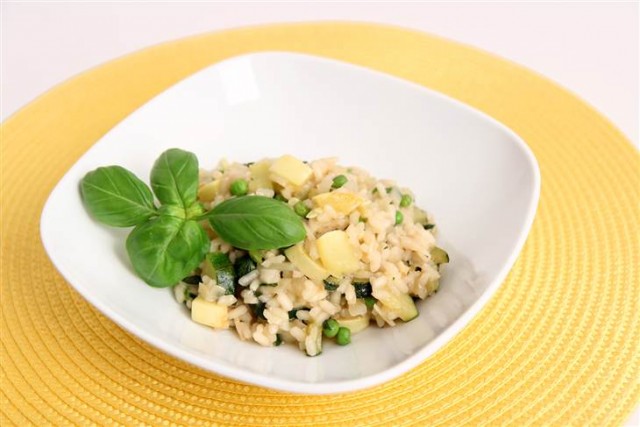 Minotola’s Laura Vitale Cooks it Up on NBC’s TODAY.

Within a year of uploading her first cooking demonstration video to YouTube, Laura Vitale of Minotola had already made her mark. Her interactive show, Laura in the Kitchen, quickly sprouted a wide audience of hungry fans eager to devour each new episode.

Recently Vitale kicked off a multi-platform kitchen series for Today, NBC’s weekly morning television show. She was one of seven self-made cooks with strong Internet presence to be featured on the series last week. Each day, Fresh Cooks Live: TODAY’s Spring Cookalong featured 30-minute cooking demonstrations broadcast live on Today via a picture-in-picture format and streamed simultaneously on today.com.

Vitale started cooking at the age of 12 when she moved to the United States from Italy. “I moved here unexpectedly and was feeling disconnected,” she said. “Food made me feel more connected to family back home.” She also worked in her father’s restaurant so had plenty of opportunities to learn recipes and sharpen cooking skills.

“When I expressed a desire to write a cookbook, my husband said, ‘Who will buy it besides your family and friends? Nobody knows about you,’” she said. “But he knew I had this passion and knew I loved to cook for people and in front of people,” she said. “It was his idea for me to make videos for YouTube to try and build an audience”

In 2010, Vitale was newly married and renovating a home. “We had this huge basement so we turned it into a studio kitchen,” she said. The couple had no prior broadcast experience and they produce the show independently. “We saw that a lot of YouTube content was not just entertainment, it was useful,” she said. “YouTube was becoming a utility channel. People tune in to learn new skills. As YouTube grew, my channel grew.”

Vitale says she’s thrilled to teach people how to get into the kitchen. “I’ve never made an apology for not being trained.,” she said. “No school can teach someone how to have passion.” Within a year, Laura in the Kitchen had a half million views. The show’s current subscriber base is over a million.

Recipes vary among different types of international cuisines and basic everyday dishes. “Italian [food] is the core of who I am but I appreciate different cuisines,” she said. “I want the channel to offer something for everyone inspired by fresh ingredients.”

When asked to talk about what being a Jersey Girl means to her, Vitale practically gushes. “There is such a misconception about what New Jersey is,” she said. “To me New Jersey means amazing seafood, gorgeous produce and beautiful beaches. I’m so close to New York City and Philadelphia but get to enjoy a side of NJ that many people don’t see. I can drive down the road and smell fields of cilantro. It reminds me, in some ways, of growing up in Italy.” Vitale said it is part of her mission to show her audience how great New Jersey really is. Looks like she’s off to a strong start.

Kerry Brown Jersey Bites Regional Editor for Burlington County, is a freelance writer who reports on local happenings in education, food, business, features and the arts for several media outlets including South Jersey Local News and Newsworks. At home she enjoys sharing simple but flavor-packed meals, especially from the grill, with her family and friends. Dessert has never been her calling but she recently discovered what could be a signature dish: Meyer lemon icebox pie. When out and about, she’s happy to find herself seated at the bar in some rustic and cozy tavern featuring craft food, craft beer, an amazing selection of wine by the glass and live music.