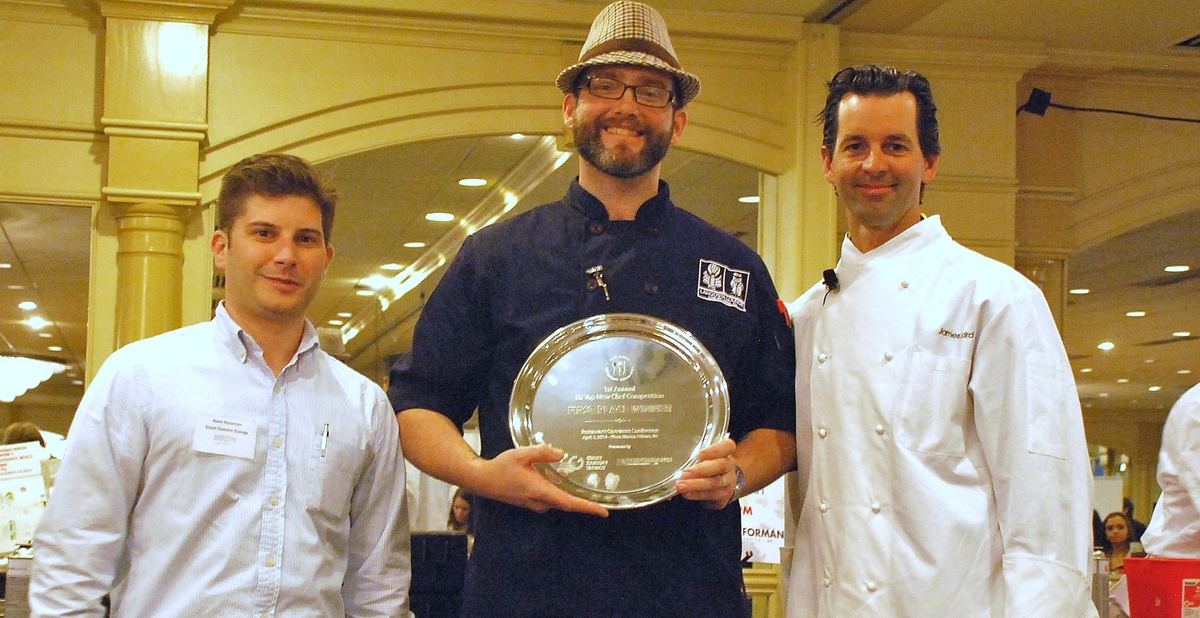 The competition, which industry leaders judged on taste, creativity, appearance and food safety, required the four participants to get innovative with six ounces of filet mignon, on the spot.

Marilou Halvorsen, president of the New Jersey Restaurant Association (NJRA) said, “Each chef had fun and the audience loved seeing them in action. Peter’s dish was superb. Not only was his presentation gorgeous but he added touches that made his dish stand out from others, like star anise and black garlic!”

Before joining the Langosta Lounge, Morris graduated from the Culinary Institute of America and later went on to work in esteemed kitchens around the country, including that of President George W. Bush.

The competition was part of the NJRA’s 2014 Restaurant Operators Conference, which took place at the Pines Manor in Edison on April 7. The NJ Top New Chef Competition was a new addition to this year’s conference. Other headlining elements of the evening included the Mixologist of the Year competition, which was won by Christopher James, head bartender at the Ryland Inn in Whitehouse Station (for his pink-lady-inspired creation, “Ms. New Jersey”), and a blind wine tasting, led by Master of Wine Patrick Farrell.

Sabrina Szteinbaum is a sophomore at Rutgers University majoring in Journalism & Media Studies, but those are just the basics! She is a Jersey-born, city-loving foodie who can be found running around New York City in search of the best cupcake, cookie, or piece of cake to feature on her baking blog. Sabrina has been baking since age 12, and has been documenting her confections at The Sugarcoated Life since August 2012. At Rutgers, Sabrina works as a correspondent for The Daily Targum. Her love of journalism has landed her the roles of newscaster and assistant news director on WRSU, one of Rutgers’ radio stations.