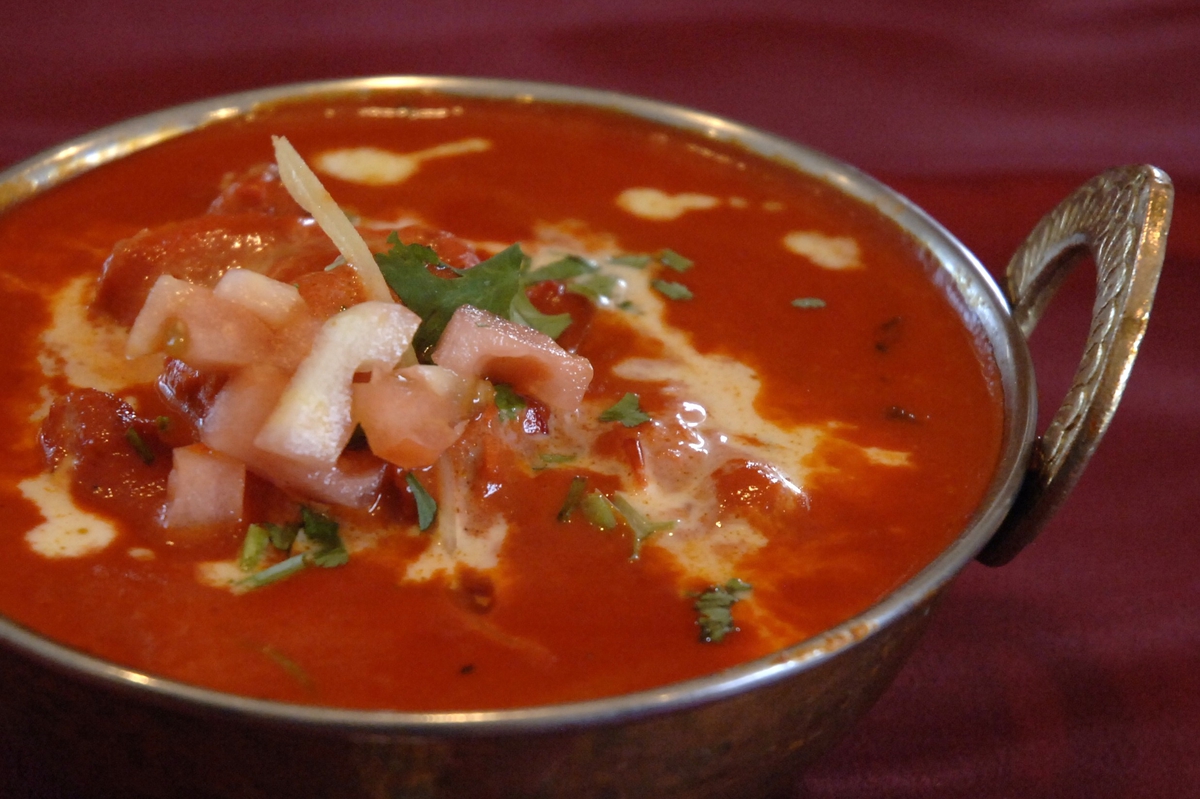 It takes talent—and guts—to promise an enormous Indian community the most authentic, delicious Indian fare they’ve yet seen, but that’s just what Shreekant Dhyani set out to do when he opened Rajvilaas Fine Indian Cuisine in Piscataway, New Jersey last summer.  It’s less surprising to think that he’s pulled it off, considering Dhyani’s pedigree.  As partner in Manhattan’s trailblazing contemporary Indian restaurant Benares (where he collaborated with esteemed chef Peter Beck) and an industry veteran with 27 years of experience under his belt, Dhyani has made his latest opening a passion project—and a dining destination worth the trip.

Rajvilaas sets itself apart in more ways than one, starting quite literally with its location.  Whereas Piscataway’s colony of Indian restaurants calls Oak Tree Road home, Dhyani and his partner, Kuldeep Singh—who comes from a family well seasoned in New York City’s Indian dining scene since 1978, with Aangan, Minar and Benares—chose the less-dense Stelton Road, where they hope to chart the course for a new Restaurant Row. But what’s classic and comforting in this deeply rooted community may not be commonly found elsewhere—revealing at once the restaurant’s commitment to authenticity and unique appeal for diners.

Take, for instance, the signature appetizer of Chicken 65, made with cayenne pepper, ginger, and white vinegar.  The Madras favorite is named for the year it was born—proving a long legacy that’s little-known outside Indian circles stateside.  Still, this fiery dish has quite the following, with its bright heat and rounded tang.  Similarly, there’s the Goan-derived shrimp balchao, which insiders and natives will recognize as the famous regional dish of lightly pickled prawns, tossed in a sweet-and-sour vinaigrette spiked with cumin and chili.  If you haven’t tried it yet, now’s the time.  Prefer something more familiar? Kebabs—made of minced or cubed lamb—get marinated in masala before a dive into the tandoor oven, a classic if there even was one.

Curries are presented in gilded kadahis, or small Indian woks, as a nod to the cuisine’s traditional—and long abandoned—roots, here preserved and brought back into vogue.  Be it chicken or Goan-inspired sea bass curry, each bears complex layers of flavor worthy of their fanciful serveware.

A gorgeous display of whole fish may catch your eye at the next table.  If it does, ask for the restaurant’s signature Tandoori Pomfret, a silvery specimen that swims exclusively in the Indian subcontinent and gets roasted here to tender perfection.  Next to perhaps the Goat Rogan Josh, a signature dish from Kashmir in a spice imbued sauce of cardamom, aniseed, and paprika; it’s one of Rajvilaas’ most popular items.

Vegan and vegetarian options abound—and all are hearty enough to please the pickiest carnivores. Mulligatawny soup delivers an earthy warmth, with lentils and turmeric laced throughout.  And even if the name is unfamiliar, Lahsooni Gobni, crispy cauliflower with a garlicky tomato sauce, feels comforting at its core.  So too is the Aloo tikka with Chole, a dish of sliced potatoes coated in silky mint and tamarind sauce.

No matter what you order, orders of Peshawari Naan and Kulcha—a traditional flatbread stuffed with your choice of onions, potato, or paneer—are essential for sopping up the sauces.  To wash it all down, there’s mango lassi, of course, but curious palates may lean towards the Neer Moore instead—this unusual, savory drink may be an acquired taste for some, but the blend of Indian spices, curry leaf, and buttermilk proves addictive for many.  (Want a glass of Reisling to tame the heat? The restaurant is BYOB, and a liquor store is conveniently located across the street.)

During the day, the kitchen exercises its creativity, with a typical 10-12 course lunch buffet that plays up the best ingredients of the season.  Priced aggressively at $9.95 on weekdays, it’s a surefire way to taste the range of the talented kitchen staff without putting a dent in the wallet.