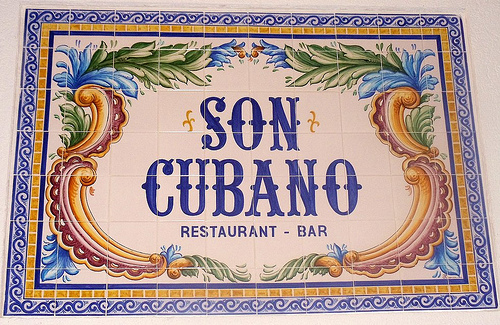 In the midst of the holidays, between the baking, shopping, wrapping and even more baking, I took a break to head across Hudson County to check out the grand opening of a new Cuban restaurant. Son Cubano, in West New York, invited Jersey Bites along as they opened their doors for the first time on December 15 for an elaborate grand opening celebration.

A restaurant two years in the making (thanks to a crumbling economy), the Duran-Gouchee family finally opened its doors to the public with a red carpet welcome. Located at the very end of the upscale Shops at Riverwalk, Son Cubano boasts magnificent city views, two separate candle-lit dining rooms, two large bars areas, and classic Cuban cuisine with a twist. 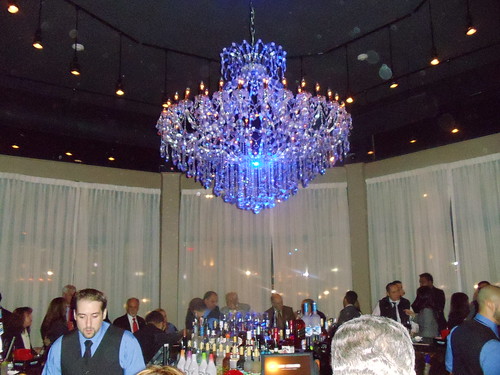 The first thing you notice when walking into Son Cubano is the atmosphere– dim lighting, candle-lit tables and warm colors softly drape the dining rooms to create a romantic and dramatic feel. Its décor is almost as extravagant as its spectacular views; even the restrooms are decked from top to bottom in elaborate mirrors, colorful tiles, cultural paintings and dramatic lighting. Their seating options range from a long communal table and circular booths in the front dining room, to standard tables in the rear dining room that features panoramic views of the Manhattan skyline. Connecting the front and back dining areas is a great circular bar area with a sparkling chandelier, providing the perfect spot to grab a drink while waiting for your table. 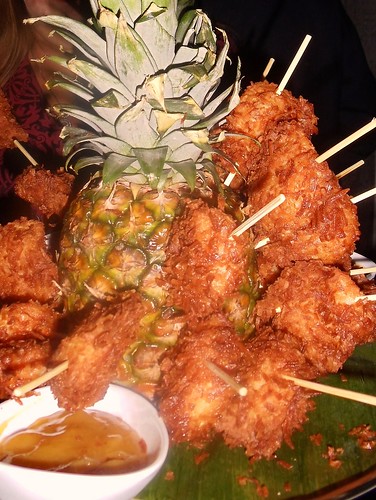 The grand opening party pulled out all the stops—servers circled the room with complimentary hors d’oeuvres that showcased modern Cuban cuisine, including coconut jumbo shrimp skewers, sea scallops in a pomegranate reduction cream sauce, mini Cuban sandwiches, tuna tartare, individual lamb chops (which my guest raved about for days afterward), and my personal favorite, ham croquettes (that actually melted in your mouth).

Guests also enjoyed a wide variety of complimentary cocktails including the classic Cuban mojito with Malibu rum, Johnny Walker on the rocks, and the Brazilian specialty, caipirinhas. The music of El Gallito de Son also filled the room and added Caribbean flare to the festivities.

Son Cubano is the third project of the Duran-Gouchee family, who are opening the restaurant in their hometown after two successful ventures in Manhattan (Son Cubano in the meatpacking district and Flor del Sol in Tribeca).  The family is dedicated to showcasing Cuban authenticity and has collectively traveled to Cuba ten times to research, better understand, and portray the culture and cuisine of the Cuban lifestyle. 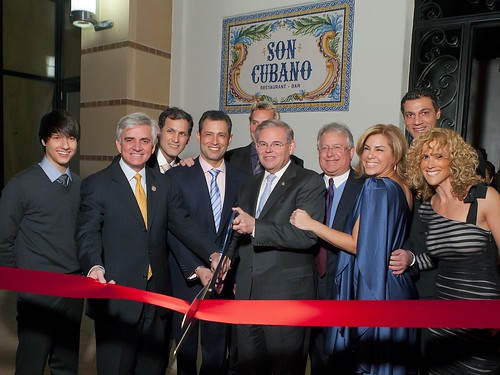 I recommend Son Cubano if you’re looking for a new date night dinner spot, a romantic place to grab a few cocktails, or for a fun girls night out. I’m looking forward to checking it out again for dinner in the near future, where I hope to try their ropa vieja (a classic Cuban dish of shredded beef that is always my go-to pick on a Cuban menu).

While they work on getting their official website up and running, check out the websites of their sister restaurants below to get a better feel of what their menus offer.