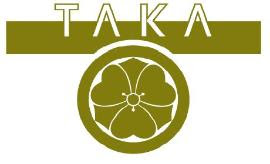 Last night, a group of friends and I had a great time at Taka in Asbury Park. I had heard about Taka from my boxing buddy, Deborah, and some of my other friends had also heard about it through friends, so obviously people are talking about this new hot spot.

Zagat describes the space as “Beautiful, sophisticated and sleek.” They go on to cla 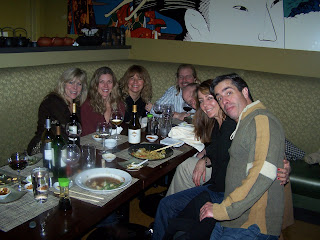 im that “admirers are entranced by the winning spot that seems straight out of Manhattan.” I don’t know that I would go so far as to say we were “entranced” but we definitely all agree that Taka has a Manhattan vibe. One of the things I liked about the atmosphere was that it didn’t feel like a BYOB. The restaurant is spacious, a little on the loud side and hums with excitement. 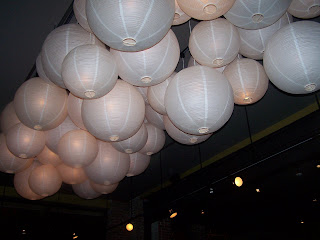 Our table of eight was ready when we arrived promptly at 8pm. The waiter who was in his twenties and sporting a sweet pompadour straight out of Viva Las Vegas was a little slow to get our wine bottles opened, but we forgave him.

The eclectic menu is what really sets this sushi restaurant apart from the masses. First on the list of favorites (according to Elvis) are two crazy sounding rolls pictured here. 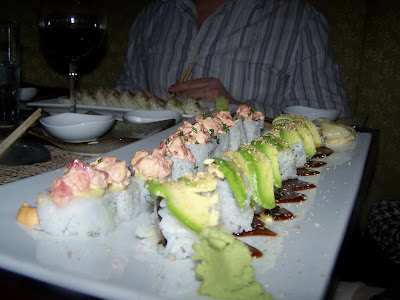 The appetizers and entrees were equally inventive and our table did a good job of selecting a variety of offerings. The picture below is of the Tuna Butsu appetizer ($10), cubed raw Tuna & Avocado Marinated with Wasabi Soy Sauce. It got excellent marks. 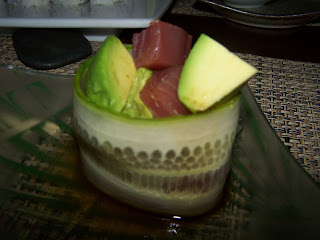 The Sunomo ($9) pictured below is another exotic appetizer which is a sampling of Octopus, Cucumber, Squid-Seaweed and Hiyashi Wakame (seaweed salad). 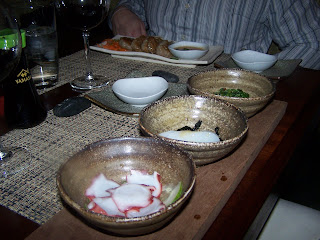 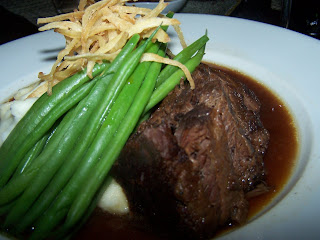 For dinner, I ordered the Shrimp Curry ($18) which was just the right amount of spice and topped with perfectly cooked shrimp. Peter ordered the Short Ribs (pictured left, $28), another waiter recommended dish. The ribs were cooked perfectly and Peter really enjoyed them.

One of my dinner partners ordered the Spicy Tuna Roll ($12) for dinner and the reviews were mixed. While the roll is filled with a creamy, mayonnaise based (I’m guessing) concoction that is quite tasty, it is not spicy at all and you can hardly taste the tuna. On the other hand, the Eel Dragon, eel and avocado roll ($12) was exceptional and given very high marks. 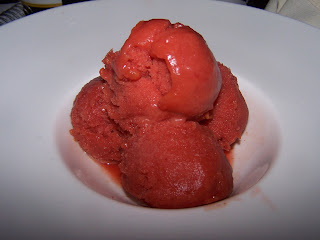 We finished off the meal with some Blood Orange sorbet and Green Tea Gelato. If I had not been so full, I would have tried the Green Tea Cheesecake or the Bittersweet Chocolate Cake. Both sounded delicious.

Well, when it was time to pay the bill and take a final collective rating of Taka, the results were very positive. Our bill came out to about $40 per person including gratuity. Not cheap, especially since it is a BYOB, but we ordered a TON of food.
On a normal night, Peter and I would probably order one roll to split and then two entrees, so our bill would have been about $30 per person including gratuity.

The rating in stars from the group is 3 1/2 our of 5 stars. One of the guests commented that they believe Yumi in Sea Bright is better. I have not been there yet, so I can not make the comparison. I highly recommend Taka for a delightful night out. It has a winning combination of atmosphere and inventive and delicious food.