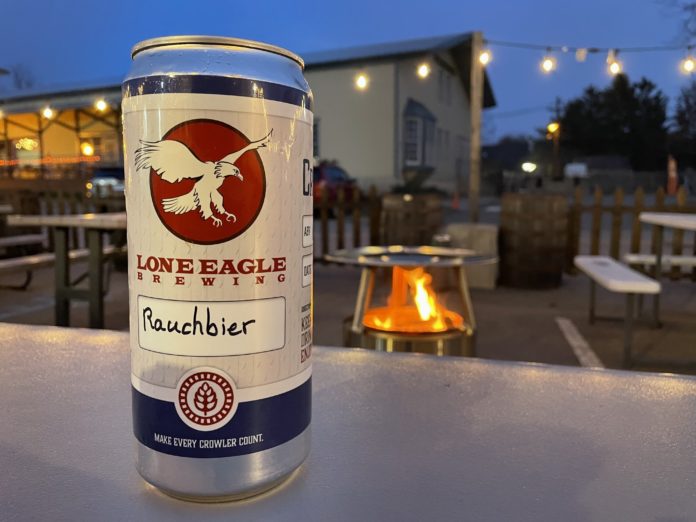 Month number five of my year of drinking Jersey brings us to November, the bridge from fall to the holiday season. As we will see, it’s not always just about the beer. I may have strayed a bit, but I’m definitely not lost.

I’ve always thought of Spellbound as one of New Jersey’s OG breweries. They’ve been serving up a solid and sometimes spectacular lineup since 2014. Cherished, a spiced brown ale, certainly approaches the latter category. It’s the holiday season in a glass.

Cherished fits in from Thanksgiving all the way to the ball drop. The gentle spice notes of cinnamon and clove help define this experience. And a pleasing hint of vanilla and a touch of bitterness at the end makes me think that Cherished would pair well with the rich flavors of the items on your holiday table. 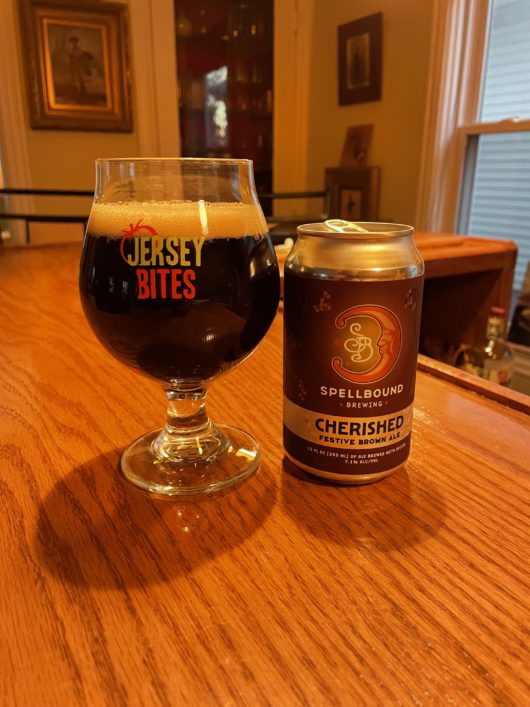 Fall and winter are great times to visit historic Flemington. Lone Eagle is located on Stangl Road in the Feed Mill Station collection of shops. This is just across the street from Skunktown Distillery, which is also worth a visit! The extensive tap list includes a variety of styles, a nitro tap, and some fantastic barrel-aged offerings.

Lone Eagle’s Rauchbier is a dark amber lager featuring cherry smoked malt. It’s a restrained version of the style, which can sometimes taste like a liquid fireplace. I love the stone fruit notes you get in a dark amber lager. They definitely show through the light smoke on this one. It would be right at home with a holiday ham. 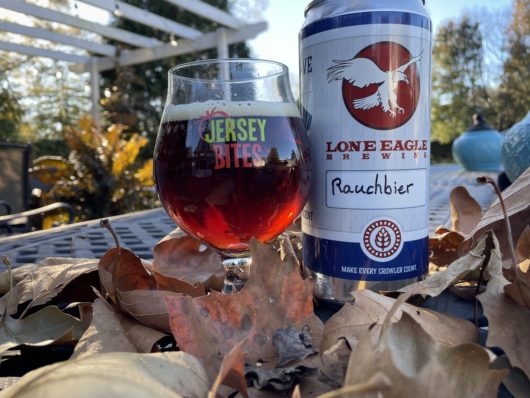 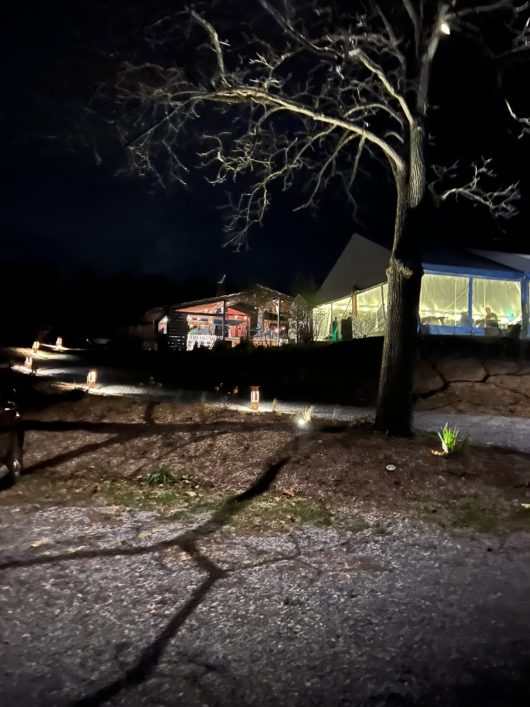 Located in rural Hunterdon County, Ironbound is a regenerative farm that respects the land, the people who work it, and one very special apple. Fire pits dot the outside seating areas which, at night, resemble a Game of Thrones set. You’ll find the tasting room in an immense barn complete with rustic hewn beams and soaring ceilings. It’s a stunning scene. The food is farm fresh and magnificent. And it’s prepared in a food truck! 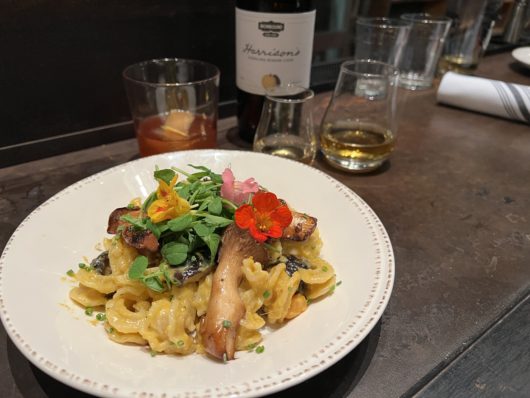 The Harrison apple was revered in early Colonial times for it’s rich flavorful juice that produced “the champagne of cider.” Harrison trees were once abundant in the Newark area but disappeared over the centuries. Well, they almost disappeared.

In 1976, a lone Harrison apple tree was discovered and cultivated in Livingston, NJ. Founder of Ironbound, Charles Rosen, now has hundreds of trees on the farm and has distributed thousands to other farms who supply his ciderhouse. You can learn more of this great story from their website and from a story we previously wrote about them. It’s truly inspiring. 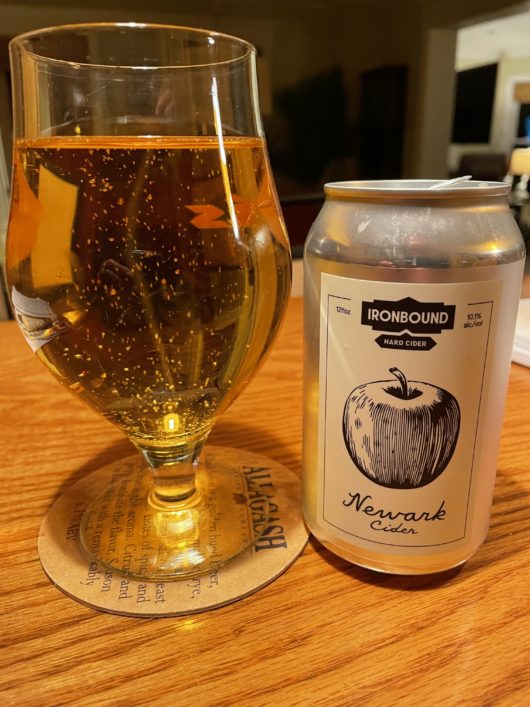 Cider maker Cameron Stark calls the Harrison apple juice the “most complete” he’s ever seen. He has certainly produced a stunning lineup. Newark Cider is actually a blend of three 18th century apples (including the Harrison) and is delightfully crisp and dry with a distinctive pear character.

Newark Cider Royal is a further departure from the craft beer path I’m usually on. One could actually call it a cocktail. Ironbound does. Hard cider is blended with applejack, that wonderful New Jersey iconic spirit made of distilled apple juice, and then aged in oak for a year to make Royal. It’s a beautiful light copper color with fresh apple on the nose and a pleasing vanilla note from the oak. Silky and smooth: sip it like a brandy.

Harrison’s Sparkling Newark Cider is made exclusively with the Harrison apple. It’s more rich and earthy than the Newark Cider and bottle fermentation creates a the effervescence. Sparkling Cider will pair perfectly with just about any hearty holiday fare.

The Harrison apple line is a real-live taste of history. Seriously, who said history is boring? 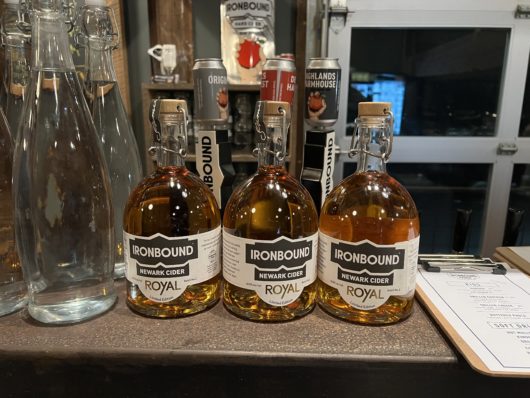