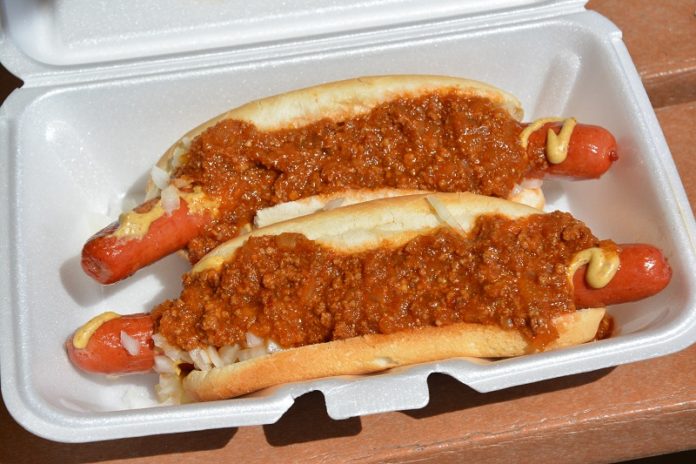 On a Sunday evening last month, my cell phone chimed at 8:37. It was my good buddy and longtime friend Patrick. There was a sense of urgency in his voice. He had a craving for chili dogs. It sounded serious.

“Alright Patrick,” I said, speaking in a measured, reassuring tone. “Listen carefully. Tomorrow morning I’ll meet you at Johnny Prince’s Bayway Diner, in Linden. Don’t worry. Everything will be OK.” And so it was. 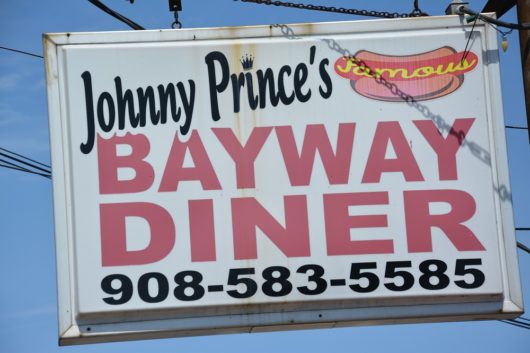 We met at the diner, a no-nonsense outpost at the corner of South Wood Avenue and Morses Mill Road in Linden. It sits just outside of the Bayway Refinery industrial park. We enjoyed our tasty chili dogs. Patrick was a happy man. Mission accomplished.

The diner, a modified truck trailer, is known for its chili dogs — a favorite among the many truck drivers, firefighters, utility workers, and police officers who frequent the place. The hot dog preparation is straightforward: First they go into the deep fryer, followed by a quick sear and sizzle on the flat-top grill.

The all-beef dog is placed into a bun, and then the magic happens. It receives chopped raw onions, a swirl of mustard, and a generous topping of Johnny (Principato) Prince’s chili sauce, which is a secret family recipe that was 30 years in the making. 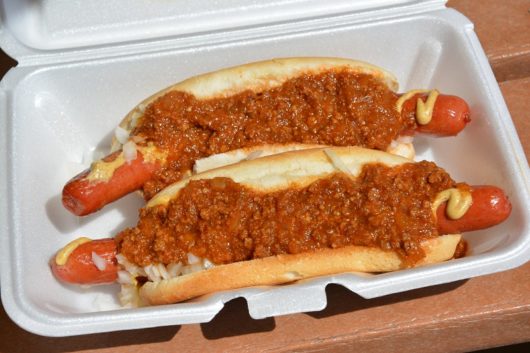 It’s All in the Sauce

The chili sauce may just be a mystical force of nature. After graduating from Linden High School in 1983, Johnny became a Linden firefighter and worked with his dad, also a firefighter, at a luncheonette on Elizabeth Avenue. It was there that they perfected the sublime condiment.

The previous owner of the Bayway enjoyed a big splash of national media attention through the Food Network’s Diners, Drive-Ins and Dives. In season one, episode 11, which initially aired on July 23, 2007, the hit show featured the diner. After a successful run, the owner decided to focus on a new business. The diner was shuttered. 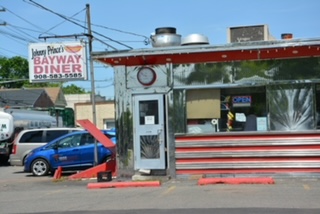 Johnny Prince had his eye on buying the Bayway. He made his move, reopening the diner in September 2014. “The food business comes naturally to me,” Principato said. “It’s in my blood. It’s a calling. I love to see people enjoying good food and having a good time. This is my happy place.”

A Jersey-diner-history note: The original Bayway Diner, a separate enterprise, built by the Fodero Dining Car Company of Bloomfield, opened in nearby Elizabeth in the early 1960s. This is detailed in the book Diners of Pennsylvania by Brian Butko, Kevin Patrick, and Kyle R. Weaver.

The Bayway was relocated to Tannersville, PA, in the 1980s and it soon became a landmark. In August 2017 the site PA Homepage reported that the diner had been torn down to make way for a motorcycle dealership, breaking the hearts of many patrons in the Pocono region of the Keystone State.

Back to the Dogs

Hot dogs are not a staple of Garden State diner menus. Iconic Jersey joints such as the Galloping Hill Inn, in Union; Rutts Hut, the Hot Grill, and the New Corral, in Clifton; Jimmy Buffs, in West Orange; and Hot Dog Johnny’s, in Buttzville, are among the state’s noble hot dog purveyors. And this list doesn’t even include the numerous hot dog trucks and pushcarts on township and city streets.

However, through his signature chili dogs, Johnny Prince channels ancient diner history. One hundred and twenty five years ago, Peter Curtin and his legendary lunch wagon patrolled the streets of Trenton. Curtin and his faithful horse, Dandy, became fixtures in the state capital for their “night lunch” business.

When interviewed by a newspaper in 1914, Curtin reflected on his distinguished career. “I suppose I made the most money selling frankfurters,” he said. “A ‘hot doggie’ with a little mustard on it and inside a split roll seemed to hit the right spot with the multitudes.” Horse-drawn lunch wagons are the ancestral precursors to modern diners and today’s food trucks.

Much like diners, hot dogs have a passionate following and a rich history in the Garden State. Hot Texas Wieners were first developed in Paterson, in the 1920s.

This reporter recently met with New Jersey hot dog connoisseur and YouTube video star Mark Neurohr-Pierpaoli at the Bayway. It was a most-convivial culinary encounter and we indulged in chili dogs and sparkling conversation on diner history, all of which is documented on Mark’s online program, I Never Sausage a Hot Dog. “Johnny Prince and his family’s secret recipe have perfected the art of hot dog chili,” Mark declared. “It’s the best I’ve had yet, and I’ve had my fair share.” He has penned several articles for Jersey Bites as well.

Last week my cell phone chimed. It was a Sunday evening. I heard Patrick’s unmistakable, desperate voice. He had a craving for chili dogs. It sounded serious.