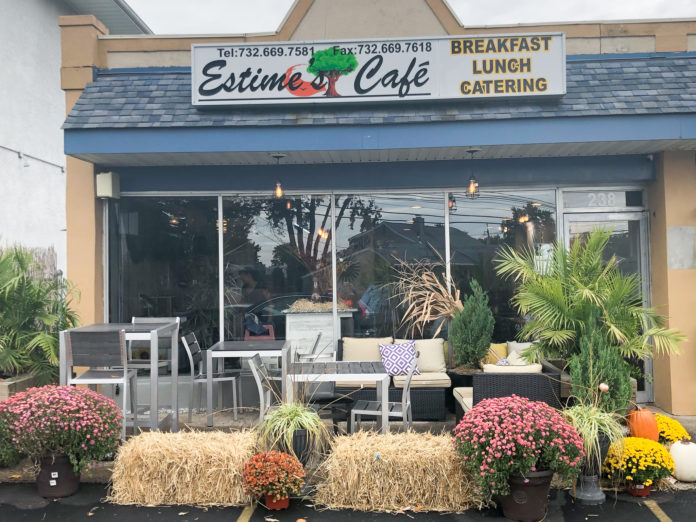 The writer was invited to visit Estime’s Café, and the meal was complimentary.

It was a quiet Thursday afternoon at Estime’s Café in Colonia when a young man from Edison walked through the front door and announced: “I told you I was coming back. I gotta have that sandwich!”

The sandwich in question was a tempting bacon, egg, and cheese creation on a roll, topped with spicy sauce. The impromptu request reflected the café’s customer loyalty and the allure of its Haitian-inspired cuisine.

Estime’s Café, which opened in September 2018, is nestled among a small group of shops on Inman Avenue, operated by brothers Duke and Dummon Estime. The menu items are inspired by their Haitian culinary roots, highlighted with vibrant Caribbean spices.

A house special—shrimp and grits—caught the eye of this reporter, and it was a good choice. Absolutely sensational. Fresh, plump shrimp adorned a stew of veggies, herbs, and silky smooth grits. The kicker was a slice of avocado alongside a small dish of tangy Haitian sauce, which provided a late kick.

For my second course (or was it dessert?) a recommended selection was the amaretto brioche French toast, which was rich and delicious, complemented by a pitcher of maple syrup and mouth-watering blackberry-strawberry jam.

The shrimp and grits and French toast were two halves of an expertly prepared gourmet meal, with down-home charm and friendly service. And what about the young man from Edison who returned to order his sandwich? He was one happy chap.

Duke, the head chef, said he and his younger brother Dumond, who handles the café’s business arrangements, were born in Haiti and came to the United States when they were teenagers. “Cooking has always been my passion,” Duke said with a smile.

Duke graduated from the New York Institute for Culinary Education, where he combined his creativity and family recipes with the professional disciplines of being a chef. He continued his career at the Mark Hotel in New York, and then went on to be featured at the James Beard House, also in New York.

A Plan Comes Together

The brothers came to New Jersey and Duke joined the kitchen of Le Malt Lounge, also in Colonia. Four years ago Dumon found the storefront property on Inman Avenue and they opened their café, a proud expression of their heritage, entrepreneurial spirit, and skills. 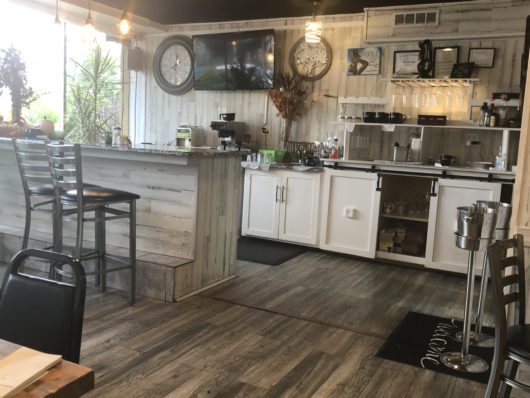 Considering its modest, unpretentious setting and décor, Estime Café ranks as a major find. The spot would enchant any serious New Jersey foodie. And for those who pay attention to artistic details, the spirit of the Haitian culture is on display in the café through an abstract, folk-art wood sculpture of a man and woman, gently kissing in a tender embrace.

Earlier this year, Wyclef Jean, a Haitian musician, actor, and activist, dined at the café. Another celebrity, international recording artist and Brooklyn rapper Joey Badass (“Bada$$”) dropped in at Estime’s Café, and he also proved to be a kindred spirit to Duke and Dumon.

Two years ago Joey Badass produced a music video, “The Light,” a mystical montage that features him in a Haitian Vodou ceremony and prayer vigil in a Brooklyn basement. Learn about it here.

Following this spiritual experience, Mr. Badass emerges on the streets of New York, fully inspired. He said the message behind the video addressed a period of self-doubt, confessing he had “lost his glow” and was searching for his rebirth. “My purpose with this visual is to inspire Black people to realize their power and take it back, as I did. Don’t be afraid of who you are…we are magic.”

It’s clear the brothers Estime have found their “glow” in Middlesex County, preparing food for patrons at their beautiful café, as well as through their journey from Haiti to New Jersey. This is just a guess, but if Joey Badass ever needs any additional reassurance and inspiration with a Haitian vibe, he would easily find it in the food at Estime’s Café.

Stop by the Café

Estime’s Café is open for breakfast and lunch Tuesdays through Sundays. They’re open for Friday night supper, 6 p.m. to 10 p.m. Schedule is subject to change.