Known as a northern-NJ restaurant hub, Montclair welcomes worldFLATS, which recently opened its third location in the Essex County community. While the worldFLATS brand emphasizes the “FLAT” (an Armenian lavash, or flatbread, as we know it), the restaurant’s concept and flavors are far from one-dimensional.

Lavash is often served with ground lamb, tomato paste, parsley, peppers, and onions, and baked over a wood-burning fire. Five years ago, worldFLATS founders, Nvair and her husband Zareh Beylerian, chose to stop eating meat but they both struggled with giving up their favorite childhood meal, an Armenian dish called lahmajun.

In her home kitchen, Nvair created her own meat-free version of the Middle Eastern staple. She used brown lentils, veggies, and spices served on lavash. It was a hit with friends and family. Their positivity encouraged Nvair to branch out and create meatless alternatives inspired by other international cuisines’ spice palettes.

With this lifestyle change and exciting new culinary creation, the couple began plotting an idea for a restaurant that had been on their minds for years. After the start of the pandemic, when things were slowing down for so many businesses, the plan for worldFLATS really started to take shape.

Nvair knew the ins and out of developing successful recipes at home, but bringing them to the masses was very much out of her wheelhouse. Enter The Rutgers Food Innovation Center (FIC). The would-be restaurateurs reached out to the experts at FIC, who helped them get the recipes up to scale and guided them through a production process. They also calculated the nutritional information for each menu item.

Fast forward to March 2021, which marked the launch of the first location, in Paramus.

“I love it when a customer tells me that they don’t miss the meat,” said Nvair Beylerian. “And especially when someone reports that when they took dinner home to their family and didn’t reveal that it was plant-based until after they ate! They are usually very surprised and ask for more.”

Now, with locations in Paramus, Ridgewood, and Montclair, the couple reflects on their past: Nvair’s as a history professor and folk singer and Zareh’s path as an immigrant, army veteran, and lawyer.

Naturally, they also look to the future. “Locations on the horizon are Jersey City, Hoboken, Asbury Park, Morristown, and New York, to name a few. We are on a mission. We want to entice people with delicious food that’s quick, easy, good for their body, soul, and the planet,” she added. 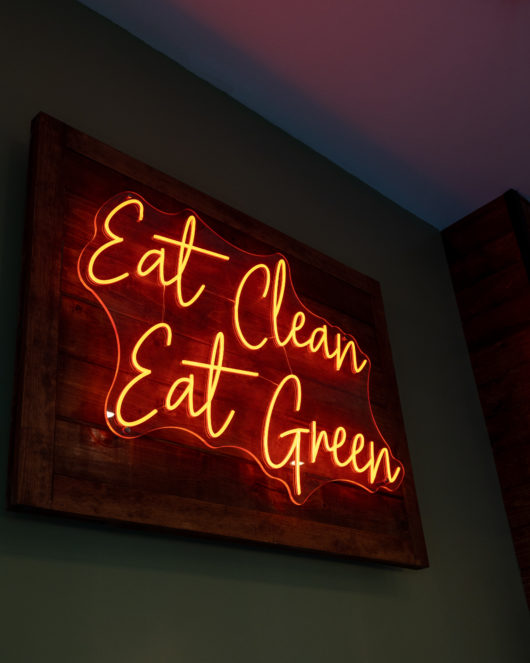 “If every American chose to eat at least one plant-based meal a day, we could make a significant impact to help heal the earth and decrease the human contribution to global warming,” said Nvair. “We feel that the only way to achieve this is to make craveable, fast, and easy meals available at an affordable price point. worldFLATS is naturally delicious, good for you, and good for the planet.”