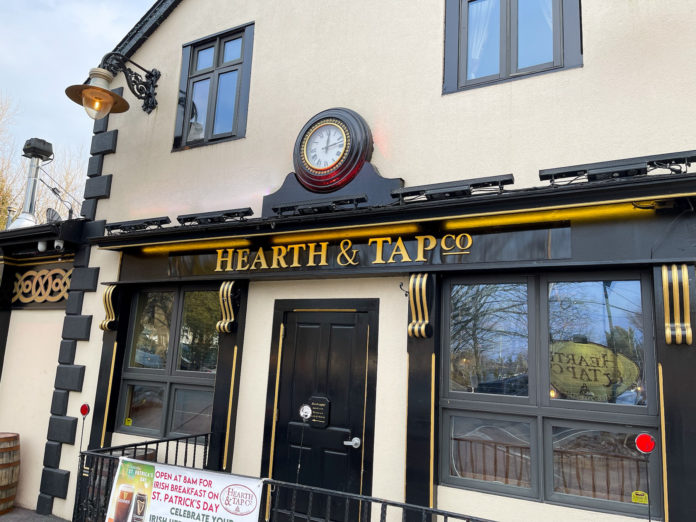 Hearth & Tap Co. in Montvale, NJ, is an Irish gastropub with a team that’s working every day to make this location the go-to spot for residents. The place has been in operation since 1998, when it was known as the Porter House.

In 2016, the establishment rebranded, but never missed a beat with its scratch-made food, cold drinks, and lessons in Irish history. Visitors can expect staple Gaelic cuisine surrounded by other left-field options that most customers would not expect.

“We’ve got the best chicken pot pie, but at the same time we’ve got Thai-chili Brussels sprouts on our menu along with empanadas, Mediterranean octopus, and brick-oven pizza,” said Alberto Andrade, the general manager. “It’s an Irish home base, but as long as it’s delicious we’ll put it out there and pair it with drinks like a mezcal margarita.”

The elevated bar food and craft cocktails might be mistaken for those of a much higher-end establishment, while the reasonable price point and laid-back vibe suggests this place is the daily watering hole for locals. The iconic building is home to a dedicated staff with goals for stupendous service and sustainably sourced food that is downright delicious.

In 1997, Fintan Seeley sailed from New York, across the Atlantic, to his homeland of Ireland. Seeley’s goal was to bring enough recycled and historic material back from Ireland to form a “brand-new” building for his restaurant project in New Jersey.

“We’ve got a floor that is almost 300 years old, which came from a linen factory in Belfast,” explained Seeley, the owner of Hearth & Tap Co. “Also, there’s mahogany flooring from a monastery that’s 200 years old—the monastery’s library ladder sits behind our bar today. Some of the beams, which can be seen from our main bar, are 700 years old. They’re from a parish that was decimated in 1847. I even have part of gallows where an Irishman was hung back in the 1800s.”

Fintan spent over four months traveling with his nose to the ground, seeking old-time materials that ranged from flooring and paneling to old cabinets, antiques, fixtures, and fittings.

In the end, he returned to the states with three, 45-foot commercial shipping containers full of reclaimed materials and antiques.

Seeley had a design drawn out—giving him a good idea of what he needed to find. However, some things he brought back with him were so rare that he wouldn’t have been able to draw it up if he tried. “My wife, Kelly, is from Belfast,” he said. “I met her on one of my trips sourcing artifacts.”

Seeley returned to build his restaurant and Irish pub concept in Montvale—opening for service in 1998. At the time, he was also owner at two restaurants in New York City—one in Brooklyn and the other in Manhattan. Despite his work in the restaurant industry, none of his projects would touch this “trash-to-treasure” concept in Montvale.

“I’m a big believer in recycling. We’ve become used to throwing too much away and there seems to be no motivation to fix things anymore,” remarked Seeley. “Terrible way to go and so bad for the world. To use this material again is a great feeling—to give the salvage a whole new life.” 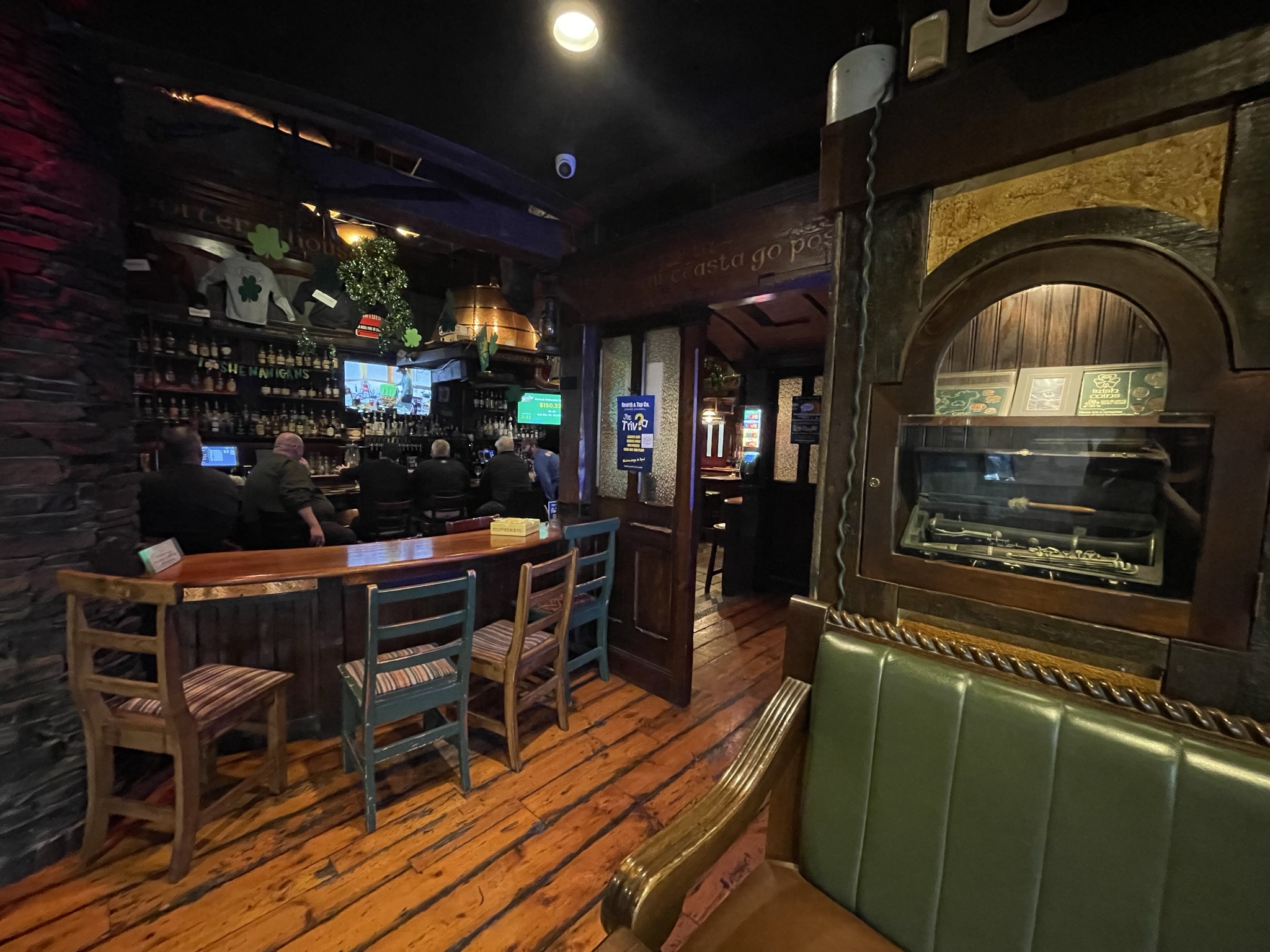 While the Hearth & Tap Co. experience lends itself to hours of learning about reclaimed, historic architecture, it’s important to note that just as much thoughtful planning has gone into the menu.

“I used to run a prime steakhouse,” Seeley said. “But the volatility of the meat from January to July was crazy and the concept became inaccessible. There’s so much great, sustainable food out there that we can source while avoiding the crazy prices. Then we can pass on the savings to our customers. We work with several farms within a 60-to-70-mile radius for the fresh, organic, and sustainable items on our menu.”

Hearth & Tap customers can come to the gastropub for a burger and cheesy tater tots. At the same time, the menu is home to slow-cooked, demi-braised lamb shank with duck fat roasted potatoes, and sautéed spinach. No matter what customers may select, there doesn’t seem to be a bad choice.

Seeley, along with Andrade, explained that the ever-changing menu options reveal the true sustainable nature of the restaurant’s concept.

“American culture has always been resilient, resourceful, and adaptable,” said Seeley. “We’re losing that resourcefulness, expecting to eat the same thing years round. We’re missing out on nutrients from a varied and seasonal diet. That’s kind of our M.O. with the menu. We change it as regularly as we can.”

Menu fluctuations at Hearth & Tap are not related to any fad or trend. The ownership, kitchen, and management staff all work together to buy whole ingredients from farmers. The team buys what is available during a certain time of year and designs the menu from there.

Seeley sees a lot of the “standard” American restaurant and eating practices as backwards to the way he and his family ate while growing up in the Southeast part of Ireland, in a rural town called Carlow.

“In those days, we didn’t know the term organic—it was just called food.” laughed Seeley. “The term grass-fed beef is funny because there’s no other type of beef in Ireland. You see those buzz words, but they should not exist. People should be more concerned about GMOs in our products. To make more profit, they’ll put more in to eliminate disease in animals or crops. And as a result, we become immune. We need to be concerned with what’s going into what we eat.”

At the end of the day, products harvested from an ethical and experienced farmer speak for themselves. There’s no uppity vibe to Seeley. He doesn’t look down on a person who might eat differently than he does. His goal is to simply share his Irish culture and upbringing with Hearth & Tap’s customers.

As if there aren’t enough facets to this restaurant, Hearth & Tap Co. is also home to a cigar bar and lounge where customers can enjoy a Montecristo with their petit filet or wild mushroom pasta.

“We’ve always permitted cigar smoking because of high ceiling and ventilation,” said Seeley. “We meet all state regulations—there are only seven other similar spots in the state. The cigar lounge is totally separate for any concerned diners. We have separate air handlers, four state-of-the-art smoke eaters, extractors for negative air pressure. So, there is no smell and even in the smoking section, you barely know they are smoking in there. We have a membership club with a facial recognition camera to get into the area.”

An Irishman and woman and a Spaniard walk into a bar… Rather than the start of any joke, this is the start of a newly assembled Hearth & Tap team. As General manager, Andrade, has 20 years restaurant experience with a fixation on what it takes to run a proper bar. Owner, wife, and fellow Irish descendant, Kelly is passionate about the service.

“The whole premise and theme are a nod to the pub culture in Ireland,” explained Fintan Seeley. “Pubs are the center of everything in each town. The spots for meetings and social events because people’s houses were way too small for entertaining. This is a huge part of the culture for recreation, music, and socialization. The character of all these items—from the floors to the paneling, you can tell its old and hopefully you can absorb that culture by osmosis.”

Everyone on the team had a different goal or event that they were most excited about. After about six months of working together, the team has most definitely found its stride.

The team is excited for the upcoming “Jersey Jam” event. He said, “We’re going to feature a menu made up of all things NJ. Scallops from Barnegat Bay, ingredients from local farms, liquor from Asbury Park Distilling, and a general celebration of Jersey spirits and the abundance of food here in the Garden State.”

On the other hand, Alberto referenced Spanish night where tapas dishes inspired by Spain, Cuba, and Ecuador would be served to the tune of Gypsy Kings band.

“We’ll have a new event every three months. We’re thinking maybe a bourbon tasting in the cigar lounge, tequila night, rosé soiree, wine tastings, and during the week bingo, trivia, and ladies’ night. We’ll be creating new cocktails seasonally, to pair with the menu.”

Fun themes and new ideas seemed to be at the forefront of the leadership’s attention. Most importantly, the team prepped for St. Patrick’s Day. This Irish-to-the-core celebration features a special Irish breakfast with bagpiper performances, Irish dancing, and more.

At the end of the day, this hard work is all for the guests. “We want this to be your third place,” said Seeley. “Work, home, and here. We’re not just for a special occasion, but a place to come often and meet your neighbors.” 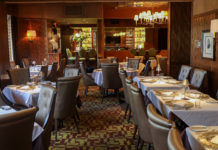 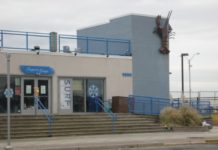 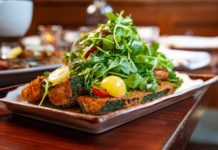