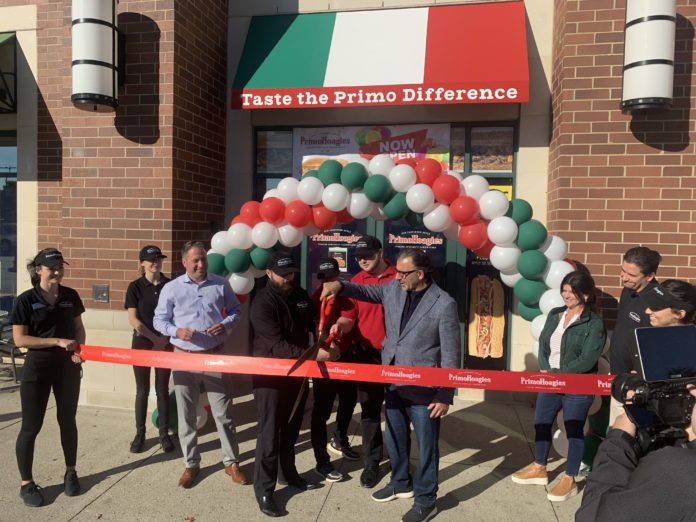 From barbecue to bubble drinks, November’s restaurant openings around the state are varied and exciting. Read on to learn more about new dining spots in New Jersey, and follow each of them on social media for updates and continued announcements. Congratulations to all of the new Garden State restaurants opening this month!

Bringing several elements of the nation’s best barbecue all into one space, Mutiny BBQ draws inspiration from Texas, Kansas City, Memphis, the Carolinas, and Louisiana, and works to create small-batch, high-quality ‘cue. The restaurant also caters and offers on-site barbecue for private events, with options including ribs, brisket, and pork-belly-burnt ends. Keep up with Mutiny BBQ on social media for an official opening date.

This Cape May County staple recently relocated to a newer, bigger space in Cape May Court House. The concept of James Beard-nominated Lucas Manteca, everything here is made from scratch—including the slow-roasted brisket and birria-style pork. Beyond the tacos, check out the empanadas and street corn. The spot includes gluten-free and vegan options as well.

The chain known for its massive beverages and extensive beer list has made its way to another spot in New Jersey—East Rutherford’s American Dream mall. Visit to indulge in wings, pizza, and plenty of sandwiches (including their fiery Nashville hot chicken sandwich). Happy hour offers include half-price appetizers and pizza, and $2 off most drinks; and don’t forget to order your beer in an iconic yard glass!

This Italian-American pizzeria is serving up much more than just pizzas. Though their pies are the stars of the show, with toppings including cherrystone clams and Buffalo mozzarella, they offer plenty of other options as well. Appetizers include grilled artichokes and fresh burrata, while entrees include a New York strip, and broccoli rabe and sausage cavatelli. Those dining outside can enjoy a view of Manhattan’s uptown skyline.

Enjoy a meal—and feel good about what you’re eating—at Crumb. With a menu that changes daily, visitors will never run out of options. Crumb incorporates high-quality ingredients, from 24-month aged prosciutto to black truffle sauce. It offers up salads and sandwiches, all of which are served on their house-made bread. Make sure to try their droolworthy cinnamon buns, too. Crumb opens November 6.

This Taiwanese bubble drink chain has made waves in the United States. And now it’s coming to New Jersey. The brand gained popularity for its photo-worthy drinks, which incorporate caramelized brown sugar and fresh mousse cream. (The brown sugar creates a tiger-stripe appearance, giving the brand its name.) Plus, their syrups and tapiocas go through a tedious, eight-hour cooking method that you just need to taste to believe.

Green Way Market is not just another grocery store. The Market prides itself on giving customers the best possible experience, from an in-house coffee and burger bar to cold beers on draft. Green Way carries plenty of high-quality products, and its own Green Way brand offers inexpensive, organic products as well.

This popular Essex County deli continues to grow with its newest Montclair location. This marks the deli’s third storefront after opening a second spot in Morristown, in 2020. Customers can indulge in all of the eatery’s classics, including its Sloppy Joe and Godfadda, which includes chicken cutlet, bacon, mozzarella, and Russian dressing—wow. The deli replaces Watchung Deli on Park Street.

Known for its quality meats served on freshly baked rolls, PrimoHoagies is now in the Rockaway area. The South Philadelphia deli has made its way to North Jersey, with franchise owners Felix Galinsky and Anthony Falange opening their second North Jersey location. (The duo opened a Mahwah location mid-pandemic.) Classic hoagies include the Philly cheesesteak and the corned beef Schwartzie.