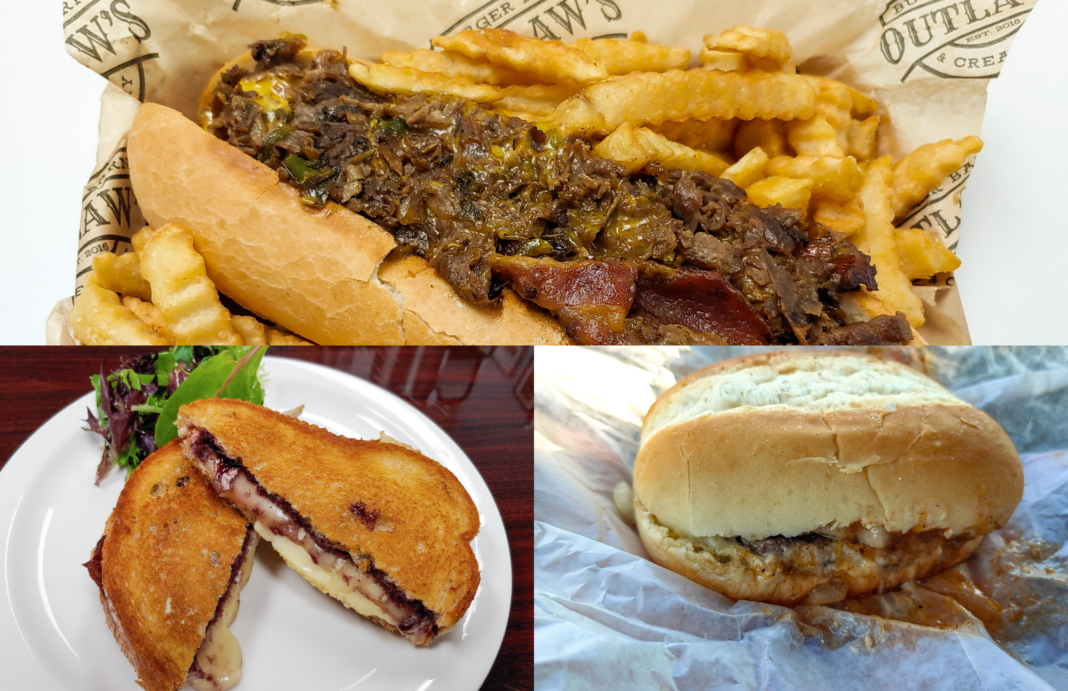 This is my second of three installments where I reveal the best sandwiches to be eaten in Atlantic, Cumberland, and Cape May Counties. 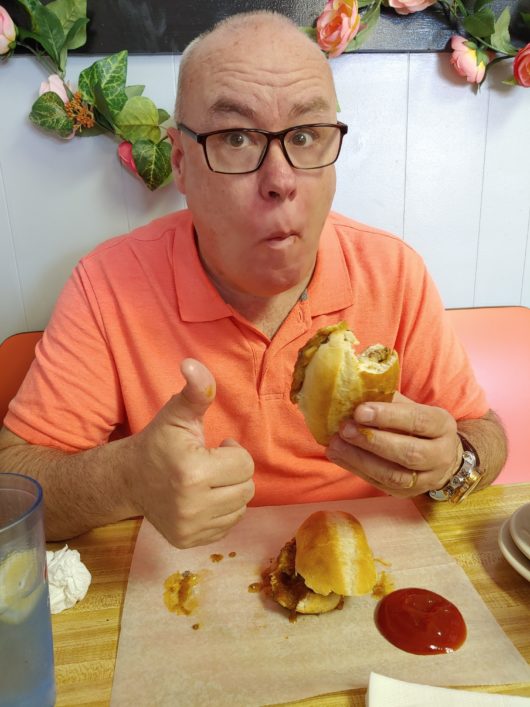 As I mentioned in my first piece on Atlantic County, sandwiches are my favorite food “thing” so, in many ways, sampling an unreasonable amount of them (as I have) in the name of investigative food writing has been a mild labor of love. And having grown up in Cumberland, worked in Cape May for many years, and lived in Atlantic for almost three decades, I am uniquely qualified to point you in the right direction when you find yourself hungry for a great sandwich in South Jersey.

Each one of Cumberland County’s best sandwiches on the list below is worth a drive to this oft-overlooked part of the state. Give them a try and let me know what you think.

Few culinary-world things annoy me more than restaurants and sandwich joints touting that they offer an “authentic” Philadelphia cheesesteak, only to send out a neat, organized sandwich with a handful of sautéed green pepper strips poking their heads out of some kind of highbrow melted cheese that no self-respecting Philadelphian would even put on an antipasto plate, much less a cheesesteak.

No, no. Such nonsense simply won’t do.

I am a cheesesteak purist. Real Philly cheesesteaks are at once a sloppy and simple affair—steak, fried onions, Cheez Whiz (I’ll even grant melted American or Provolone when I’m in a generous mood) on a ridiculously long roll. Any attempt to gussy them up and somehow pass them off to the uninitiated as authentic should be, in my view, a crime accompanied by hard time with no chance for parole.

With this in mind, I have to admit that I felt a dull but very real sense of shame and criminality—almost like an outlaw—when, at the suggestion of a friend, I not only ordered the Long Hot Cheesesteak from Outlaw’s Burger Barn, but actually enjoyed it.

Like really, really enjoyed it. So much so that it comes in at Number 3 on this list of the best sandwiches in Cumberland County.

The Long Hot Cheesesteak looks like a typical Philly-style cheesesteak—or maybe I’m just telling myself that to help salve the guilt that I still feel from loving it as much as I do. I suppose the truth is that it looks like its famous Philadelphia counterpart in that it has steak, cheese, and fried onions on a roll. But that is where the similarities end and the unrivaled deliciousness begins.

You see, Outlaw’s adds four things to this simple cheesesteak to take it from so-so to so great: applewood-smoked bacon, sharp white cheddar (in addition to melted American), special sauce (what’s in it is a mystery yet to be solved, but its absence would be noticeable) and, of course, roasted Italian long hots.

Normally, these peppers can be incredibly aggressive when eaten raw, setting tender mouths aflame with even the smallest bite. But the roasting process mellows them and softens their bite while still allowing them to retain enough heat to let you know that they are in your sandwich.

Interestingly, Italian long hots are the perfect local ingredient for this outstanding sandwich. The state’s largest municipality by area, Vineland was founded in 1861 by Charles K. Landis, who purchased 32,000 acres. Soon thereafter, he marketed the new community to Italians who came in droves. Untold numbers of descendants of those first families still call Vineland home today, and many of the farms established in those early years are still producing crops that are enjoyed locally and across the nation—including Italian long hots.

The Long Hot Cheesesteak is an alluring blend of the familiar and the unique: rich, filling, somewhat messy, and with an assertive flavor that isn’t obnoxious. And the fact that it is served with a pile of pretty tasty fries is a bonus.

To its credit, Outlaw’s does not bill this as a Philly-style sandwich. I take some additional comfort in that: I knew what I was getting into and really have no reason to feel like an unfaithful creep for loving it.

When I set about compiling this list of the best sandwiches in Cumberland County, I already had in my mind which three sandwiches would be on my list. As a native of Cumberland County—I’m a “Millbilly” as those of us from Millville are sometimes called by jealous people of low breeding—I had lived enough life in this part of the state to know where to find the best eats.

But willing to admit that that there was always the possibility that one outstanding place had escaped my attention, I solicited the advice of my friends on Facebook. Unsurprisingly, most of my Cumberland County peeps mentioned the same places that I already had on my list.

Except for one person—a woman I went to high school with, who still lives in Millville. Her suggestion was this sandwich, found at Bogart’s Bookstore in Millville.

Admittedly, I was skeptical. I mean, a sandwich from a bookstore? It sounded about as promising as four-day-old sushi from a Parkway rest stop. But I was polite about it: I thanked her and said that maybe I’d give it a shot.

And I did one day when I found myself in downtown Millville on business during lunch time.

I must now admit that my friend was right and I, the noted and insufferable sandwich snob, was wrong. This, readers, is the adult version of the sandwich you remember from your school cafeteria. This is the G-rated movie you loved as a kid that has been remade as an R-rated guilty pleasure.

This sandwich is delicious.

Inside, a generous portion of oozy, subtle Brie envelopes the rich, salty bacon, and a liberal helping of sweet, sharp blackberry jam distributed evenly from crust to crust brings a distinct coolness that serves to elevate every flavor in this otherwise simple sandwich.

Served with a small, lightly dressed salad of mixed greens, this plate activates every taste bud and all flavor zones from the first bite.

But the star of this show, for me, is the bread.

It is longer and about twice as thick as the industrial white bread that Dot the School Lunch Lady used. What makes this part of the sandwich so special, though, is its crispness. Somehow, in this small bookstore with only the sparest of kitchen equipment, they manage to grill this sandwich to a sinful amber crunch that I have never found in a restaurant, diner, or any public, private, or parochial school.

In fact, I ordered my sandwich to go, took it back to my office about 20 minutes away and ate it there. And despite it being boxed up in a Styrofoam container for nearly a half-hour, the sandwich was just as crisp as if I was eating at the bookstore.

And thank you, Tiffany, for the suggestion.

Number 1: Cheeseburger (with Everything)

While exact figures vary, especially in a nearly post-pandemic world, it’s fairly common knowledge that the restaurant business is a tough one, and many don’t make it past the five-year mark. Now in its 98th year of business, Jim’s Lunch, situated almost at the corner of the busy High and Main Streets in Millville, has clearly beaten the odds.

And the thing that has helped them do that is the same thing that has placed them at the top of this list of the best sandwiches in Cumberland County: the cheeseburger (with everything).

In any other restaurant, ordering a cheeseburger with “everything” would likely result in a burger topped with lettuce, tomato, onion, pickles, and just about any other item you might imagine. Here, however, in this small, hometown-joint restaurant where virtually everything is homemade (and it’s an extensive and delicious list at that), “everything” means just three things: mustard, raw diced onions, and sauce.

And make no mistake: The sauce is what makes this sandwich truly great.

This is not your thick, sweet McDonald’s variety sauce. No, this slightly spicy sauce is brown and has the consistency of something between a gravy and a pan sauce. Its actual contents remain a closely guarded secret of the Arnes family—which, by my count, is now into its fourth generation of operating Millville’s beloved Jim’s Lunch.

Watching the burgers being made is also a community show, of sorts, with the flat-top grill positioned in the front window along Main Street, and the grill master putting on a master class of how to cook a staggering array of burgers and Texas Wieners (another Jim’s specialty and one that, had I allowed hot dogs to be considered a sandwich, would have also been on this list). I recall standing at the window as a child, watching the show with my friends.

Jim’s burgers are thinner than what you might expect when you envision a delicious burger. Said burgers are served on a soft, oval bun that doesn’t match the shape of the round burger. But honestly, who cares? It’s part of the uniqueness of Cumberland County’s best sandwich.

When your burger is done, it’s set before you on waxed paper. For me, culinary heretic that I sometimes am (I have always cut my spaghetti, something that my Italian mom could never fully get past), the waxed paper serves as the plate. This is where I squirt a puddle of ketchup for dunking my burgers. I’m sure that some of my fellow Millbillies have looked askance at me for doing so, but until they start buying them for me, I’ll continue to do what I want.

The burgers, though thin and not loaded with toppings, are often a sloppy mess—something that also contributes to the enjoyment of eating them.

The local mystique that is Jim’s Lunch is further fueled by the fact that the restaurant is closed Memorial Day through Columbus Day, and Sundays and Mondays during the season. This summer hiatus is a terrible inconvenience for some, but some resourceful folks have taken to buying sackfuls of Jim’s sauced-up cheeseburgers just before they close. Then they can freeze them and enjoy them throughout the summer.

Jim’s is always very accommodating and is happy to make a burger any way you want it. (I recently took my younger daughter who ordered a burger with lettuce. I couldn’t help but compare my experience to my mom’s, every time she watched me cut my spaghetti). So if a cheeseburger with “everything” isn’t for you, get it the way you like it.

But do yourself a flavor favor and try one first. 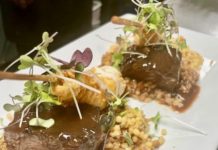 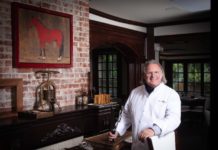 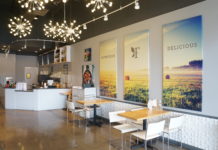