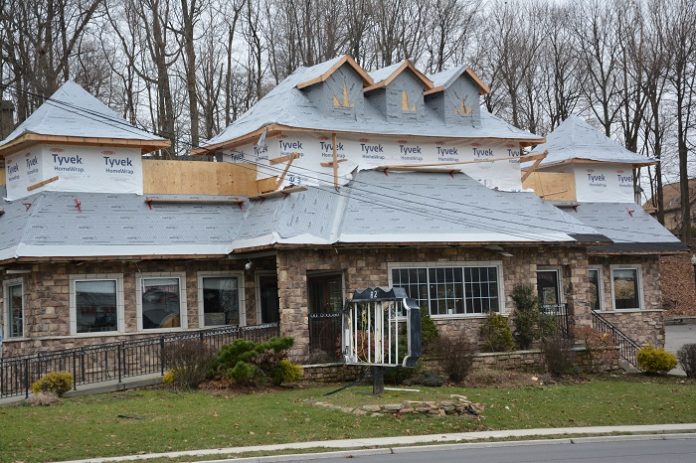 The shuttered Pilgrim Diner in Cedar Grove is slated to be reborn later this year. New construction work is underway. Ideally, a reopening will coincide with the easing of the current restrictions on indoor dining due to Covid-19 protocols.

“We had the option to back down and walk away from the deal [because of Covid-19 concerns], but we decided to move forward,” a spokesperson for the Mark Twain Diner team said during a telephone interview. He acknowledged the new operators determined that the potential benefits associated with leasing the Pilgrim Diner property—a prime location on a busy thoroughfare (located at 82 Pompton Avenue/Route 23; with a large, on-site parking lot; and being across from a shopping plaza)—outweighed the risks.

“The location is excellent,” he said. “We look forward to being involved in the Cedar Grove business community.”

The goal is to open the New Pilgrim Diner by the middle of this year (May or June), but the spokesperson cautioned that the plans and the pace of the opening would be dictated by the status of the coronavirus and New Jersey’s rollout of vaccines. “We’ve been involved in diners all our lives,” he said, noting that the team is well aware of the many variables that go with managing a diner. “We know the business.”

In the 1970s and 1980s, the Pilgrim Diner had a Mediterranean-inspired design: a tile roof, field stone façade, and large arched windows. The defunct Manno Dining Car Company, of Fairfield, built the original Pilgrim Diner, which opened around 1965.

Today the current Pilgrim structure has the look of a more formal restaurant. It doesn’t have the flashy neon lights and stainless steel exterior accents typically associated with New Jersey diners. When asked about this, the spokesperson gave assurances that the New Pilgrim Diner will operate as a traditional diner. Guests will enjoy an informal atmosphere and a menu with familiar, homemade platters. The new diner also will have a counter with stools and will serve breakfast any time of the day. “We will bring a nice culinary diner experience to Cedar Grove,” he promised.

According to several articles, the Pilgrim Diner appears to have closed sometime in the late spring/early summer of 2019. Nicholas and Maxine Diakos operated the diner for many years, but they passed away in December 2011 and January 2020, respectively, as indicated in online obituaries.

Diner Reboots on the Rise

At first glance, renovating and reopening a beloved New Jersey diner might seem like a daunting business proposition, especially with all that’s going on these days. However, as reported in a Nov. 27, 2019, Jersey Bites article, a number of landmark eateries throughout the Garden State (prior to Covid-19) launched similar renewal projects during the last two years, a list that includes Tops Diner in East Newark; the Tick Tock Diner in Clifton; the Vincentown and the Red Lion diners, both in Southampton Township; Paul’s Diner in Mountain Lakes; the Hawthorne Diner (formerly the Triangle Diner) in Hawthorne; Geets Diner in Williamstown; and the Sit n’ Chat Diner (formerly the Sussex Queen Diner) in Wantage.

Editor’s Note: This article was updated on January 17, 2021, with the correction that the diner is changing management, not ownership. The original owners will retain ownership.