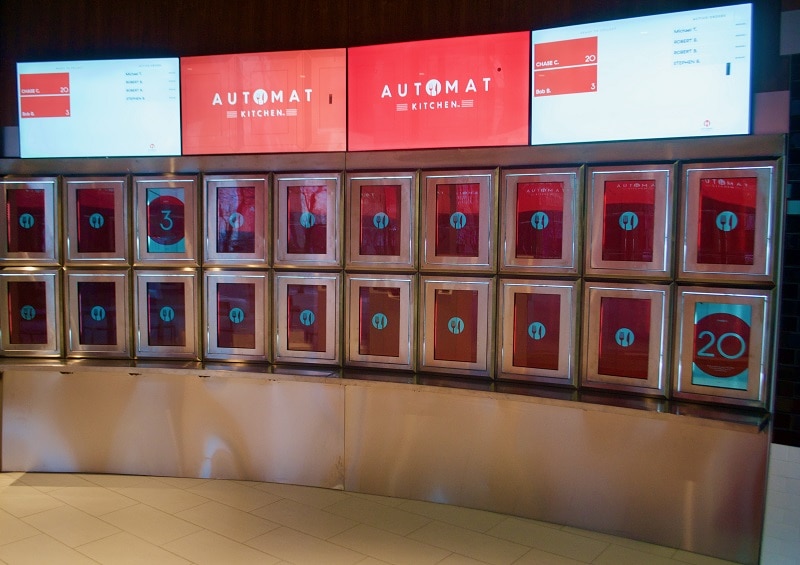 The automat, an iconic modern concept of informal restaurant dining in the early years of the 20th century, is being reimagined with the launch of the Automat Kitchen in Jersey City. Nestled on the street level of Newport Tower, near the Hudson River waterfront (a stone’s throw from the Pavonia/Newport PATH station and the Newport light rail station), the eatery held a grand opening ribbon-cutting ceremony on January 26, with Jersey City Mayor Steven Fulop as the guest of honor.

The new automat is the creation of principal owner, Joe Scutellaro, who grew up in neighboring Hoboken and enjoyed eating at automats in New York City during the 1960s. Scutellaro savors those fond memories—the food as well as the unique restaurant experience—and determined that as a 21st-century entrepreneur he would reinvent the concept with a contemporary, high-tech twist.

Back in the Day

One hundred years ago, urban diners in New York and Philadelphia would visit the novel automats; glistening restaurants with large picture windows and Art Deco architectural facades and interior designs. Patrons could select coffee and pre-made sandwiches, pie, cake, hot food and other goodies from a wall of many individual glass compartments.

The process was simple, quick, and easy: drop in a coin, open the glass door, and remove the food item of choice. Today it sounds quaint, but at the time this was considered to be a major innovation in self-serve fast food.

The Automat Kitchen takes the original automat concept and modernizes it as a fully contactless dining experience, which will offer fresh, made-to-order comfort food. Scutellaro and his associates have designed custom hardware and patented software to make the process of ordering and pickup seamless. Customers can order in advance on their phone or online, or in person by scanning a QR code to connect to the menu and ordering system. There are also kiosk screens at the location where orders can be placed. The orders can be scheduled for a specific time for pickup.

Like most other New Jersey restaurants during this season of uncertainty, Scutellaro and his associates have faced their share of challenges. The Automat Kitchen was initially slated to open its doors in April 2020. Unfortunately, those plans were put on hold due to the mounting health concerns caused by the global pandemic.

The automat concept dates back to Berlin in the 1890s. Several websites credit partners Joe Horn and Frank Hardart with opening the first United States automat in Philadelphia on June 12, 1902. The first New York automat opened on July 12, 1912. There were automats throughout these metropolitan hubs, with the last one closing in New York, in 1991. The automat became a beloved, nostalgic symbol of American culture as it was featured in movies and served as an inexpensive outlet to feed people during the Great Depression years.

Editor’s note: Hours and menu items are subject to change. 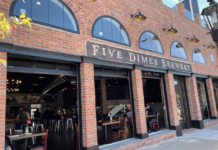 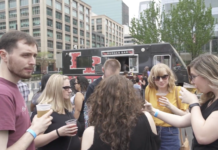 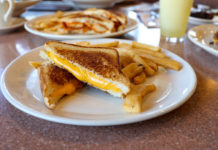