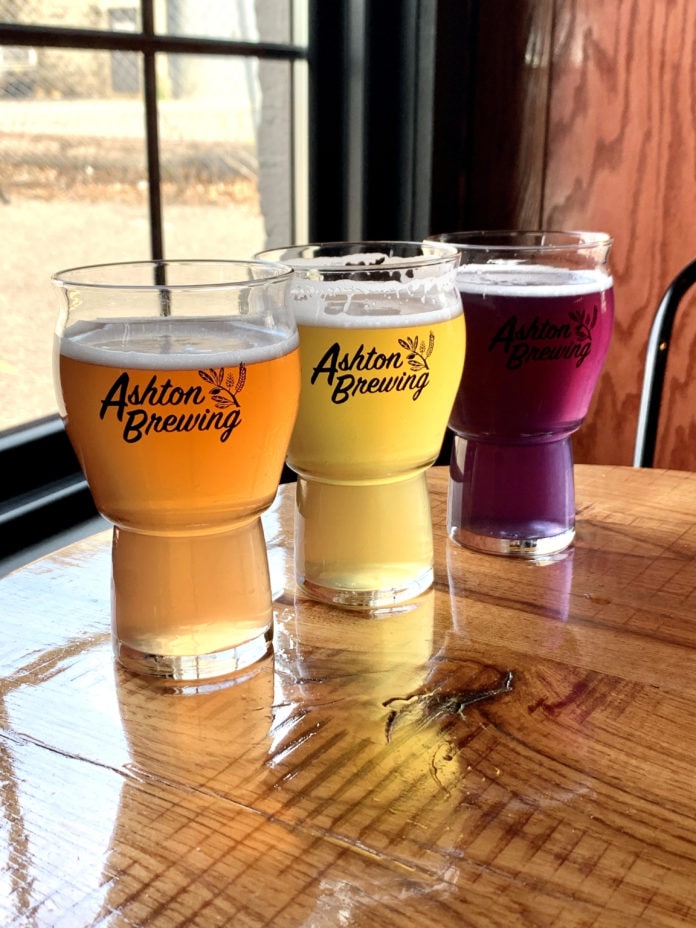 The military has an old axiom that no plan survives the first contact with the enemy. Ashton Brewing understands that all too well, especially when the enemy is a pandemic. Few plans go as sideways as theirs did. In fact, the plan went completely backward.

Steve and Donna Ashton literally met over beers. In the early 90s, Colorado was an epicenter of the blossoming microbrewery scene. A Denver brewpub turned out to be the perfect setting for the beer-loving couple’s first encounter. Home brewing and beer judging fueled a romance that eventually migrated to New Jersey—and the birth of Ashton Brewing. When Steve’s finance job took them to the Garden State and he decided to take an early retirement it was pretty obvious what the next chapter in their lives would be.

Ashton Brewing occupies the old home of the now-shuttered Demented Brewing in Middlesex. Taking over another brewery’s space does smooth out the regulatory process of opening, but it was still far from a turnkey situation. The couple replaced the brewery’s floor and sold off the 30 BBL system, which was too big for what they wanted to do.

Looking for a warmer atmosphere, they took down a false wall that had a rather unfriendly looking image painted on it, and instead created a “to go” window. That seemingly small decision would have a big impact as opening day approached. So would the decision to install a smaller brewing system to make room for a canning line, which they intended to use in the future, as the brewery became established.

With fermenters filled with beer, opening day was set for March 27, but the tap room didn’t see a single customer. The state of New Jersey had shut down and in the midst of a global health crisis there would be no on-premises sales. Before they even opened, Steve and Donna had to rethink their entire business plan—on the fly.

First, they had to pivot to an online sales model. That’s when the to-go window they created proved incredibly valuable. Ashton could sell crowlers (32- and 25-oz cans, filled one at a time) for pickup at the window. When home delivery was approved, they had to figure that out as well. Because crowler cans were in total demand, it was only a matter of time until they became scarce.

Zoom to the Rescue

Remember that canning line they planned on implementing “in the future”? Well, the future was now. There was just one problem. It wasn’t installed yet and, given the pandemic, the company they purchased it from could not send staff to the site to complete the installation. They could, however, do a Zoom call. Having no other option, the Ashtons built their canning line while being coached along in a Zoom call. “We lost about 20% (of the beer) on the first run, but the second run was much better,” Steve told me.

When outdoor seating was approved, they came up with a reservation system and needed to train staff. the transition was a lot, but they could finally serve beer for on-premises consumption. Then they put the finishing touches on their tap room—just in time for New Jersey’s indoor seating plan to go back on hold. It’s a good thing Ashton is flexible!

Get Some Beer—and Learn a Thing or Two

Steve Ashton summed up his approach to beer in two words: “Balanced and drinkable.” Of their 12 taps, there are usually about eight dedicated to beers that are 6% ABV and lower. The remaining four are for higher gravity brews like their double IPA and Belgian Tripel. The usual lineup also includes American stout, saisons, IPAs, a Wit, and a couple of lagers.

While some breweries find offering the obligatory tour to be a nuisance, the Ashton team likes giving tours. Now that guests are allowed, you can expect to have a chat with Steve during your stay. Both he and Donna are certified beer judges, so education is key at Ashton Brewing. It’s a great place for beer newbies or for those who want to get their beer geek on.

As Ashton’s backward business plan demonstrates, we are living in a very, ahem, fluid time. Check their website to see what’s available, operating hours, delivery and online purchase instructions, as well as how to reserve a table outside.

Whether it’s a pint outside or a six-pack to go, consider the pluck it took to establish a brewery that can’t be beat—and that brought great beer back to Middlesex. 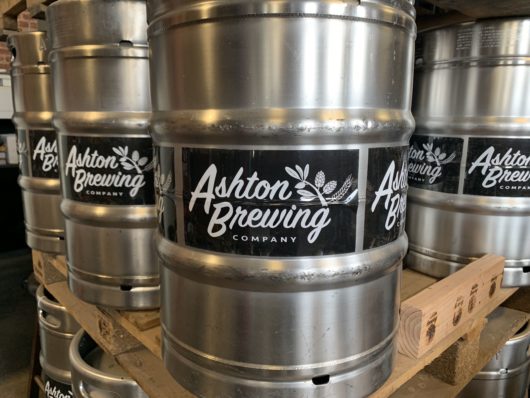