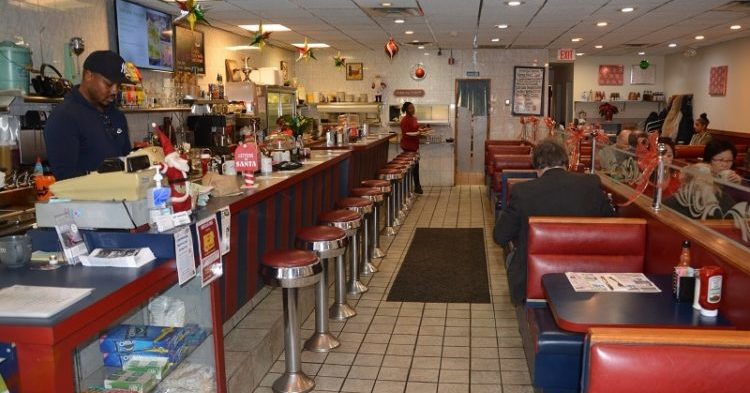 In one corner, a group of children is gathered, playing with toys and games while their parents drink coffee and eat breakfast. The sounds of jazz recordings float through the room as gentle background music. Two large picture windows frame the sights and sounds of pedestrians and cars, along with reflected sunlight. 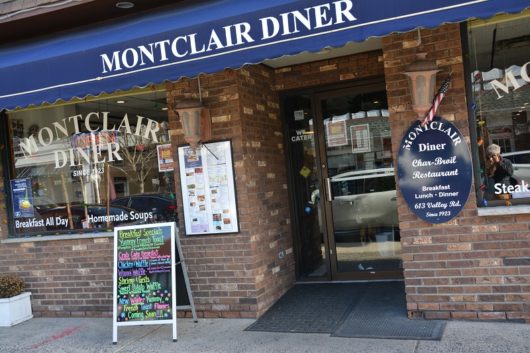 A Sight to Behold

Suddenly, a majestic creation emerges from the kitchen—a tall stack of Belgian waffles adorned with lemon curd, sautéed apples, and whipped cream. The entire room comes to a halt and admires the dazzling display of culinary magic. Gasps echo throughout the room. People swoon. Mouths water.

It’s just another day at the Montclair Diner, the friendly little old/new eatery located on Valley Road in Montclair.

From Makris to Mosby

Mosby acquired the storefront diner from the previous owner, veteran diner man Gus Makris, in a cordial business transaction that took place in May 2019. Makris, who previously managed diners in Irvington and Newark for three decades, operated the Montclair Diner for over 20 years.

Montclair dedicated the “official” ownership transition on November 25, 2019, with the proclamation of “Gus Makris Day.” The gala sidewalk celebration was held under the diner’s familiar blue awning and led by Congresswoman Mikie Sherrill, Montclair Mayor Robert Jackson, and other dignitaries. Mosby and Moya also were on hand to laud Makris, who remains a mentor and friend to the new owner.

The Whoopie Waffle is named in honor of TV personality, movie star, and local resident Whoopie Goldberg, who frequents the establishment. Last November Mosby and Moya presented Goldberg with the dish on The View, as part of her on-air birthday party.

The food was delicious, the presentation was lovely, and the service was top notch. This reporter and my brunch-time chums—William (the “Big W”) Spencer and “Producer” Glenn Pappas, the masterminds behind the American Diner Stories podcast—enjoyed every bite.

Getting to Know Eliot Mosby

Mosby comes to New Jersey by way of Chicago. He spent 15 years in corporate America, where he met Moya, who served as an executive chef. After Mosby and Moya shook hands and formed a partnership, they initially explored the prospects of purchasing a restaurant in northern New Jersey, but then learned about the opportunity to acquire the Montclair Diner.

Mosby, who also owns two restaurants in Atlanta with his sister, was attracted to the diner’s vibe, family atmosphere and community charm, and appreciated the vibrant “uptown” Montclair location—adjacent to the intersection of Bellevue Avenue and Valley Road and one block from the Upper Montclair train station. He further cultivated the family element by setting aside a “kiddie corner” at the front of the house. 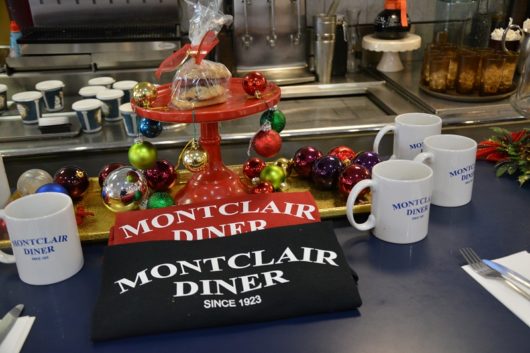 A Bit of History

According to various online sources, the Montclair Diner originally was established as a luncheonette, candy store, and ice cream parlor by the Louvis family in 1923. The business evolved in several iterations, all at the current location, and became known as the Louvis Char Broil and the Montclair Char Broil. The family sold the business in 1989 and it eventually was acquired by Gus Makris.