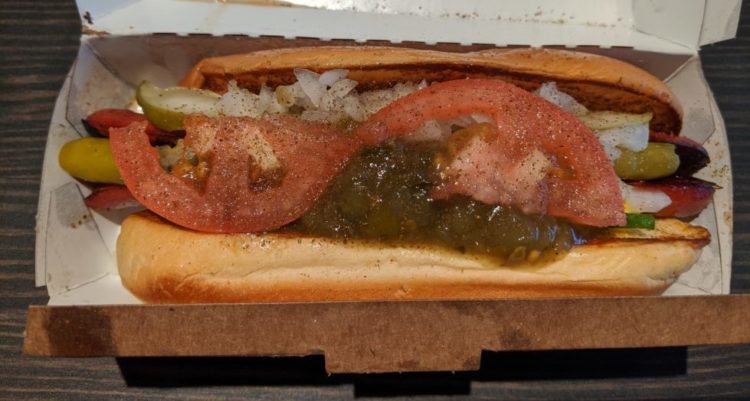 It’s hard to believe that Shake Shack started from humble beginnings as a New York City hot dog cart as recently as 2001. Since then, the business has expanded to become a powerhouse global chain known for its burgers, hot dogs, and—of course—milkshakes.

A new location recently opened in Lawrence Township, NJ. On opening day, the line outside looped around the building hours ahead of the ribbon-cutting ceremony.

The die-hard diners who showed up early were not disappointed. The new restaurant serves up exactly what fans have come to expect from Shake Shack: high quality ingredients, speedy and friendly service, and simple, tasty food. 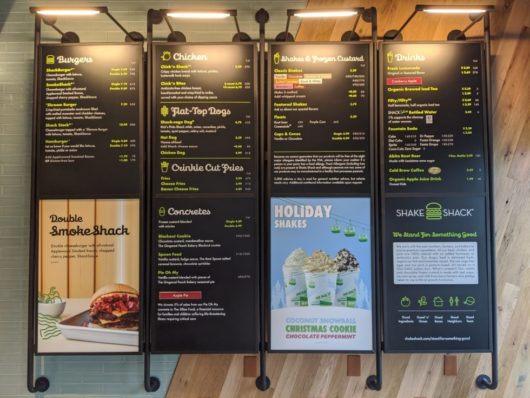 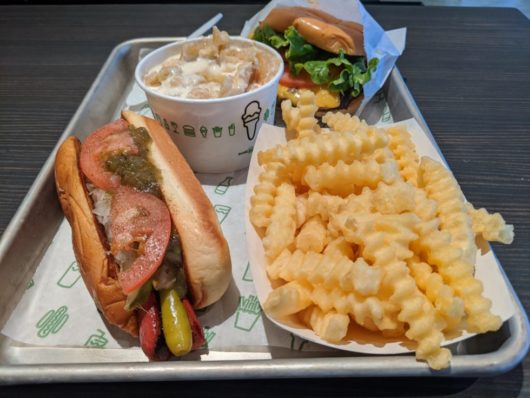 I made it to the counter relatively quickly despite the lingering line at 3 p.m. After a glance at the giant menu board, I decided to dive into a full meal: a cheeseburger, hot dog, French fries, and a Concrete—the restaurant’s signature dessert. It was more food than anyone should eat in one sitting.

I always try a French fry first. Hot, crinkled, and salty. Nothing wrong there.

Then I dug into the hot dog. They were serving up the Shack-cago dog: Shake Shack’s take on the Chicago regional serving style. Shake Shack splits the top of a Vienna beef hot dog and cooks it on the griddle to an even char. The hot dog nestles into a lightly grilled potato roll, which deviates from the classic version: In Chicago, it almost universally requires a bun covered in poppy seeds. 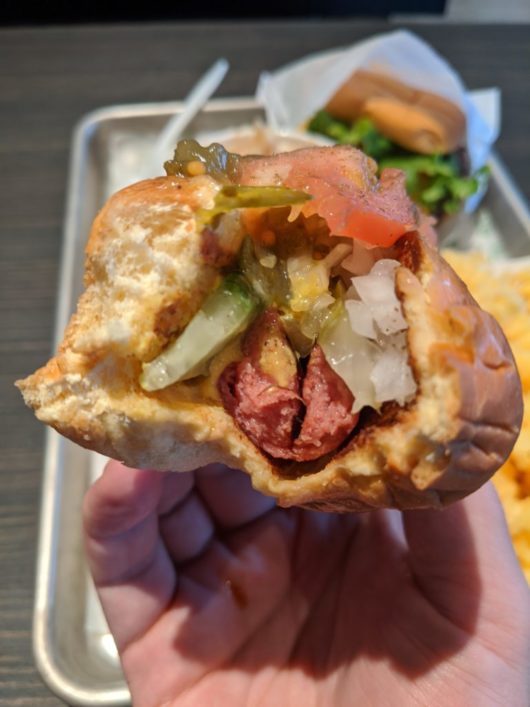 A standard Chicago also has both relish and pickle spears, onions, tomatoes, sport peppers, mustard, and a shake of celery salt. It’s like a salad on a sausage. Rick’s Picks Shack relish wasn’t bright green like you’ll usually find in the Windy City, but all of the condiments were accounted for. It tasted good, and that’s all that matters in the end. I’ll say they nailed it.

If the hot dog was good, the burger was divine. This is where Shake Shack shines, and simplicity is the key to their success. They smash the patty and cook it on the flat top until it develops a perfect brown crust around the edges. The oozing, melted cheese drips enticingly over the edges. Tucked between two golden buttered buns are lettuce, tomato, and a layer of secret sauce that ties the whole package together.

A Concrete Makes It Complete

Is it essential to get a milkshake at Shake Shack? Actually, it’s worth it to try a Concrete instead.

I’m not alone when I say I think these frozen custards blended with mix-ins are better than the shakes. I indulged in the Pie Oh My, a vanilla custard blended with pieces of the gingered peach bakery peach pie. I thought I would just give it a sample taste, but I ended up scraping the bottom of the cup!

The late, great Anthony Bourdain used to say that if he only had $15 in his pocket, he’d spend it at Shake Shack. For less than $20, I had enough high-quality fast food to fill two people. You really can’t beat that.

A Location with History 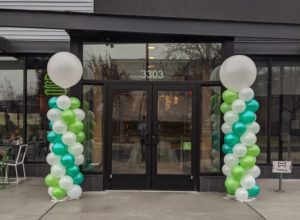 This Shake Shack stands across the highway from the Quaker Bridge Mall, along U.S. Route 1. While a lot of drivers around New Jersey might dismiss the location as a traffic mess, the highway actually has a fascinating history.

This newest location fits squarely into a long and proud tradition. Fast food restaurants have served weary travelers along this national highway since its inception.

U.S. 1 may seem like a local highway, but it actually goes through fourteen states. It runs continuously from the Canadian border town Fort Kent at the northern tip of Maine all the way south to Key West, Florida, just 90 miles off the coast of Cuba.

Like most older highways, they cobbled the path of U.S. 1 together piecemeal by linking older, more established roads. As Peter Genovese points out in the introduction to his book The Great American Road Trip: U.S. 1 Maine to Florida (Rutgers University Press, 1999), “For much of its length, the highway follows the route of the old Boston Post Road, the most important road linking the original thirteen colonies.” There weren’t any Shake Shacks back then, though. Colonists traveling by stagecoach would have stopped at inns and taverns along the route to eat and rest.

It wasn’t until the 1920s that the federal government began numbering roads that the route adopted its official designation as highway number one. It’s at this point motorists today would begin to recognize the modern U.S. 1 as we know it.

Along U.S. 1, the famous White Mana hamburgers in Jersey City came from the 1939 New York World’s Fair. It opened in New Jersey in 1946. Countless diners and restaurants now line the 80 miles of highway that run through New Jersey.

Fast-casual restaurants like Shake Shack are modern accommodations that continue the rich tradition of classic burger joints and hot dog stands along the way.

I Never Sausage a Hot Dog!

New Jersey just so happens to be the hot dog capital of the world. Some of our roadside joints go back almost 100 years! Strange regional serving styles lurk in different pockets of the state. In fact, there are so many stops around here that it might take a series of blog posts just to give each one its due… Tag along with me as I eat too many hot dogs and write about them for Jersey Bites–Jersey style!

NJ locations include the following: