Tops Diner, the acclaimed Garden State eatery, has launched a long-awaited major construction project that will yield an entirely new diner at its current location: 500 Passaic Ave., at the corner of Central Avenue in East Newark.

Reports on the proposed expansion of Tops appeared in newspapers and online articles earlier this year. Interviewed at the diner on Nov. 5, Jimmy Golemis, a partner and member of the family that owns the diner, said the first phase of construction will be to create a new parking area for over 100 cars. Work recently began on that part of the project.

Next, an all-new diner structure will be built on the adjacent, existing parking area. Finally, the current Tops Diner building will be razed, creating additional parking spaces. The target date to complete the work and unveil the new Tops is March 2021. At some point between now and then, Golemis anticipates the need to close the diner for about four weeks due to the projected construction activities.

Golemis proudly shared renderings of the new diner, which will occupy a rectangular footprint. There will be a distinctive tower with the illuminated name “TOPS” and a rigid, wide-brim awning with rounded corners above the diner’s façade. The exterior will have large windows, stainless steel panels and accents and neon lights. The rooftop will incorporate a wrap-around parapet wall—a visually pleasing architectural feature that also can cosmetically “hide” the building’s equipment such as air conditioning units.

The new diner design will feature a street-level bakery with a huge picture window, so that patrons and passersby can view the tempting cakes, pies, pastries and breads being made on the premises, Golemis said, noting that this will be a major point of interest for the diner. It’s expected the new diner will have a seating capacity for 300 people. The diner’s payroll—a current head count of 100 employees, including the wait staff, managers, bakers and line cooks——is slated to grow to accommodate the higher volume of customers in the new facility.

Early on in the project’s planning, Golemis determined the installation of a terrazzo floor was a priority—a nod to Garden State diner tradition. “New Jersey’s the diner capital of the world,” he said. “This is a big project and we wanted to do it right.”

A Source of Pride

Given the scope of the capital investments going into the renovation and the anticipation of the grand, new diner design, Golemis said he and his family are most proud that Tops will continue to be a beacon for the neighborhood, which sits adjacent to the Clay Street Bridge and the Passaic River. New housing developments and businesses are on the drawing board for East Newark, a small Newark suburb that’s actually part of Hudson County, bordering Harrison and Kearny.

For many years Tops has been recognized as one of New Jersey’s best diners, which, by extension, means it’s one of the world’s best diners. It regularly receives “best diner” awards from newspapers, entertainment and travel guides, and online publications such as Time Out and Thrillist. This abundant praise extends nationwide and is clearly evident on most days, as the crowded parking lot typically has cars with license plates from all around the country. 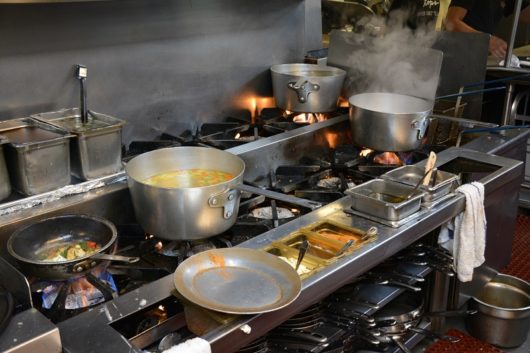 As detailed in this reporter’s recent book, Stories from New Jersey Diners—Monuments to Community (published Sept. 23 by The History Press), the history of Tops extends back to 1938 when a man named Jess P. Persson (1884 to 1946) operated Tops Grill at the same location of today’s Tops Diner. It’s also likely that Persson owned a mobile lunch wagon at or near this site prior to 1938. The Golemis family purchased Tops in 1972 and has overseen several major expansions and remodeling projects.

Tops is renowned for its professional, courteous waitstaff. Customers, food critics and restaurant reviewers rave about the diner’s daily specials. They keep coming back for the salads, fresh seafood, steaks, egg platters, sandwiches, wraps, milkshakes and splendid desserts. The diner also has a full bar for cocktails and an espresso/coffee station.