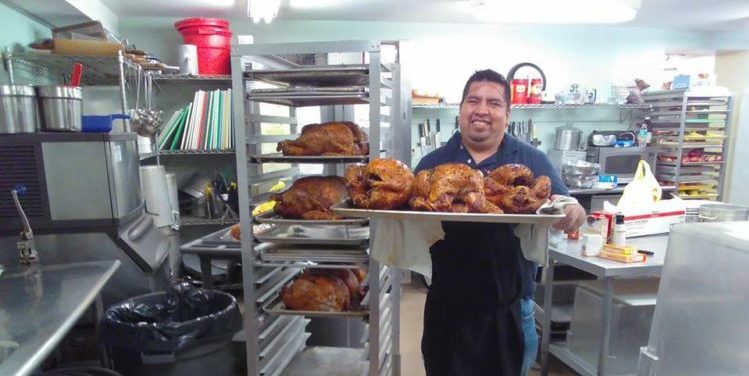 Years ago it was a social dilemma referred to obliquely as “hunger” for those living in poverty throughout the United States. Today, various organizations define food insecurity as “the state of being without reliable access to a sufficient quantity of affordable, nutritious food.” The U.S. Department of Agriculture defines food insecurity “as a lack of consistent access to enough food for an active, healthy life.”

Conversations on food insecurity starkly come into focus during the Thanksgiving holiday season, and tragically, the most devastating impact of food insecurity is felt by children, but it’s also a daily plight faced by college students, adults and senior citizens. Food insecurity is a situation that affects people living in inner cities, suburban communities and rural regions.

There are dedicated organizations in New Jersey working hard on the front lines to address food insecurity, understand the issues, and help those in need. Rutgers University, through its Rutgers Global unit, hosted a forum earlier this fall, called “Food Justice, Food Policies, and Local Food Insecurity: A Critical Conversation.”

Alyshia Galvez, a professor of food studies and anthropology at the New School in New York, and the author of the 2018 book Eating NAFTA: Trade, Food Policies and the Destruction of Mexico, served as the keynote speaker. The choice of Galvez as the keynote speaker was strategic, according to Morin. Galvez’s book provides insights as to how the North American Free Trade Agreement (NAFTA)—established in January 1994 and currently under review—has disrupted the livelihood of many Mexican families involved with farming and food production.

Diving into the Issues

Morin explained that this international trade policy is felt as a local issue, as many Mexican immigrants have settled in the New Brunswick area in recent years. Along with Galvez and Morin, the forum featured five representatives from the Dream Project, a volunteer fund-raising group: Gabrielle Rossi, Dorothy Lee, Katie Parrish, TaeHo Lee, and Phia Trinidad.

Earlier this year Rossi assembled a team of 11 intrepid Dream Project cyclists that embarked on a 3,500-mile, two-month journey to Portland, OR, raising funds for Elijah’s Promise Community Kitchen, based in New Brunswick. Cyclists raised in excess of $35,000 for Elijah’s Promise through community service projects, which included the grand bike tour to Portland.

The bike riders who traveled to Portland are current Rutgers students or recent graduates. Team members kicked off their mission on June 15 from Buccleuch Park, New Brunswick. At their appointed stops in states along the coast-to-coast route, team members volunteered to help food pantries and soup kitchens. For example, after arriving in Portland on their final day of service (Aug. 14), team members served 500 meals at the Blanchet House and Farm, a nonprofit social service organization that provides food, clothing, and housing programs.

Rossi, a 2014 Rutgers graduate, founded the Dream Project in 2016. As posted on the group’s website, the Dream Project “helps young adults grow into leaders within their communities through service and philanthropy. In practice, that means cross-country fundraising and volunteering trips to support the work of charitable organizations. We bridge the gap between nonprofits doing great work and young adults who want to give back to the communities around them.”

Founded in 1989, Elijah’s Promise describes itself as “a multi-service organization” serving over 170,000 meals each year. “We believe that a nutritious meal is a right, not a privilege. Elijah’s Promise harnesses the power of food to break the cycle of poverty, alleviate hunger, and change lives. We fight to end hunger by serving good food for all.” In addition to soup kitchen services, the community group offers job training, education, and social services.

The Community FoodBank of New Jersey

The Community FoodBank of New Jersey, a member of Feeding America, has been assisting the less fortunate in state communities for over 40 years. As stated on its website, last year the Community FoodBank provided “nutritious food for over 50 million meals through our network of more than 1,000 community partners, including pantries, soup kitchens, mobile pantries, and child and senior feeding programs. The good news is that hunger is solvable if we work together.” Community FoodBank is headquartered in Hillside and has a southern NJ branch in Egg Harbor Township.

The website foodpantries.org/st/new_jersey lists more than 250 food pantries in towns and cities in the Garden State. Some are civic volunteer groups, while others are affiliated with religious organizations.