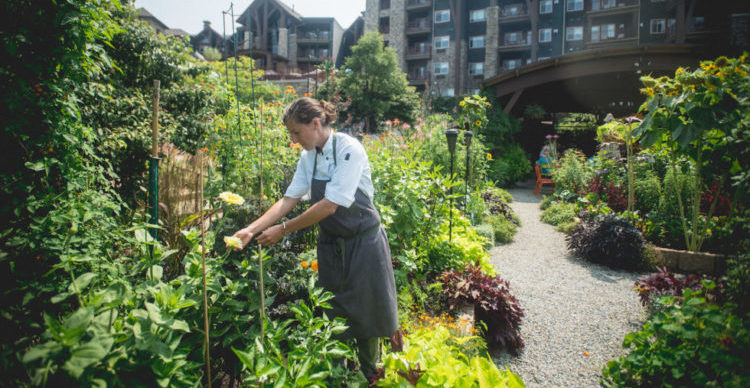 When Aishling Stevens was a teenager, she got a job working the front of house at a restaurant, but quickly realized the back of house (aka the kitchen) was where she actually wanted to be.

“The front was so mundane, but the back smelled good with all these colors and tastes,” Stevens reminisced.

Stevens’ mother was a nutritionist, so she grew up with a deep connection to food that eventually led her to turn it into her career.

Cooking in different parts of the world helped Stevens develop her unique approach to food: she lived in Australia for 11 years and the United Kingdom for one year.

“The ingredients I was working with were totally different than here,” Stevens said. “There was a real approach of gratitude and knowing the farmer and knowing the fisherman. At the time, you didn’t get that in too many kitchens [in the United States].”

When it comes to the culinary industry, it has long been a majority-male field. “I’d say probably 90 percent of my team are males, but I don’t think of it as that,” Stevens says. “I don’t see people coming in as a gender—I see them as if they’re hard workers or not.”

Stevens oversees five different restaurants at Crystal Springs Resort in Vernon, NJ, including Restaurant Latour, all of which has given her the opportunity to develop a range of cuisine types. “I don’t think I specialize in any one cuisine,” Stevens says. “From quick-service burgers to high-end fine dining, I think it keeps me a well-rounded chef.”