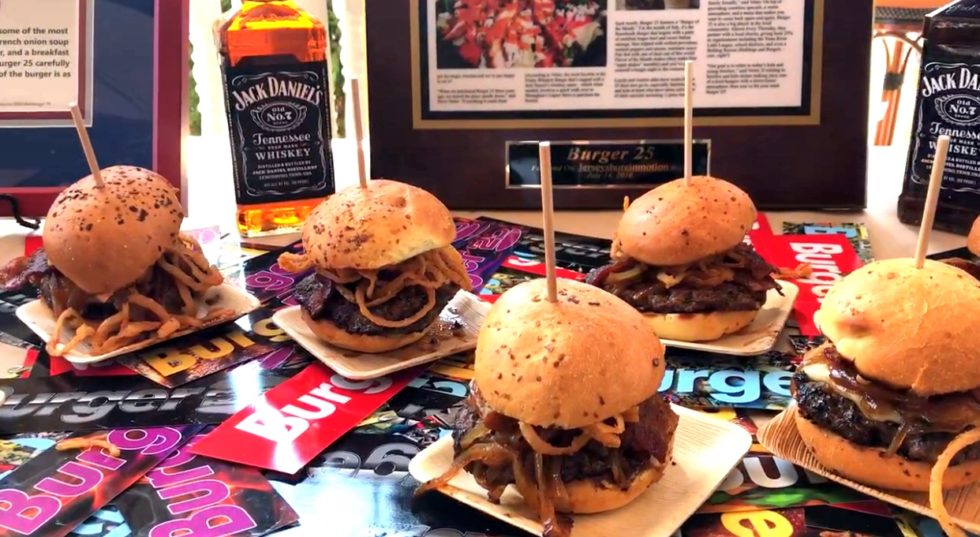 It was a beautiful day for some burgers and beer at Saturday’s Great Jersey Shore Burger Contest. While the contestants were toiling away at their grills on the deck of Bar Anticipation, in Lake Como, the judges huddled in the dark dining room with our scoresheets and loads of napkins at the ready. 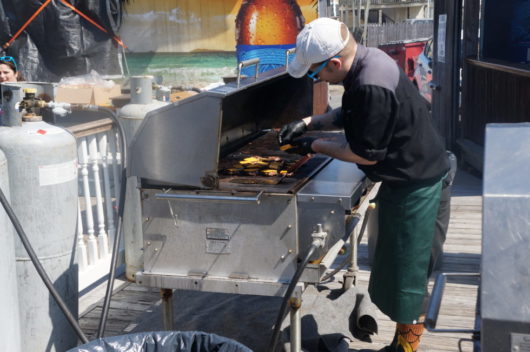 The burger contest is a blind competition, meaning we do not know which restaurant is linked to each burger submission.

The first criteria for the judges is how well the burger is cooked. Not well done—please never—but we do consider whether the burger is a perfect medium—medium rare, or is it too rare, or overcooked? All contestants hit the right mark with no problem.

This year we saw a few all-beef patties, a couple of short-rib/brisket blends, and even a chorizo dry-aged burger blend. No lamb burgers or anything far away from beef as in years past. Onions seemed to be a big trend this year. Onion rolls, sauteed onions, frizzled onions, and onion jam all found their way into and on top of many of the burger. And who can blame them? They’re the perfect combination. Toppings ranged from the expected, like bacon and cheddar cheese, to the unexpected papitas and Manchego.

We were pleasantly surprised to see that the breweries in attendance were all from New Jersey. Some relative newcomers like Last Wave Brewing and ManaFirkin were there as well as some old favorites like Carton Brewing, Ship Bottom Brewery and Asbury Park Brewery. Frye Brewing from Point Pleasant Boro served up a very impressive Maibock. ManaFirkin poured an impressive New England style IPA appropriately named Bang a Wicked ‘Uey and Last Wave poured every last drop of its popular A-Frame IPA. An all-Jersey beer lineup might just become a staple for this event.

And the winners are… 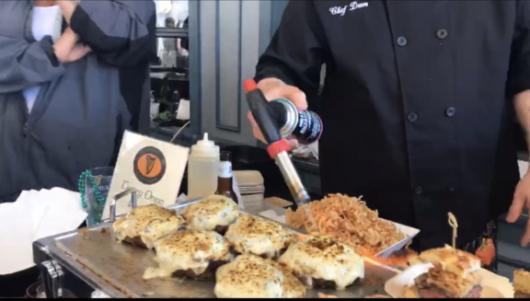 Some of the other standouts in the competition were B2 Bistro Pt. Beach’s Frita Burger which gave a nod to the Chef’s time spent working in Miami and started with a blend of Chorizo and dry-aged burger and topped with papitas, Manchego, special sauce, and caramelized onions. 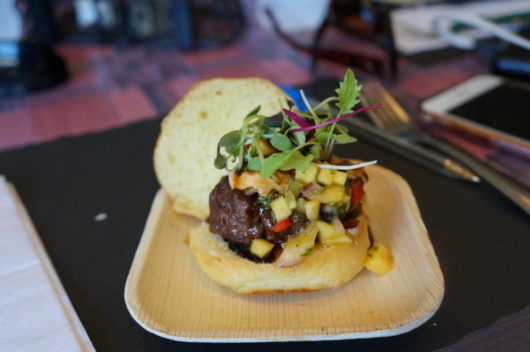 Bar Anticipation’s Sweet & Spicy Short Rib Burger should have won for best dressed as far as I was concerned and was a very tasty burger in its own right. This one was a short-rib, brisket-blend burger topped with fresh mango salsa, caramelized onions, pepper jack cheese, sweet and salty soy glaze, and sriracha mayo.

Ryan Gallagher - June 18, 2021
Along the Jersey Shore, yeast is a term most often used by the coast’s surfing community after sitting in a wet wetsuit all day....

A Weekend Getaway at La Mer Beachfront Resort, in Cape May

Java Love Celebrates 10 Years of Coffee with Integrity (and Love)