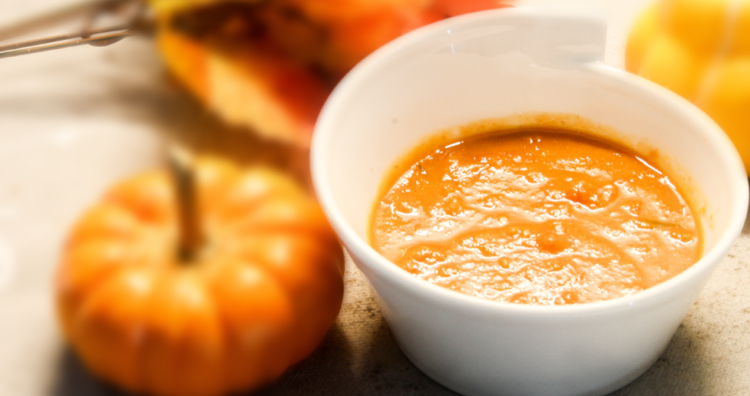 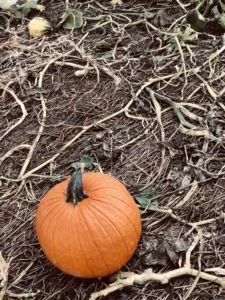 Any native New Jerseyan knows fall is a time for stunning scenes of amber and crimson foliage and fun-filled activities like apple and pumpkin picking. Admittedly, I was ready for festivals and farms the second the calendar hit September 1, but I always wait the due time until the peak of harvest season. Nothing makes me happier than the warm comfort of pumpkin spice on a frosty evening or the tantalizing cinnamon-tinged aroma of a sugary cider donut wafting through the air as I walk into a farm store.

I shamelessly embrace everything fall: pumpkin coffee, pumpkin beer, heck I would pumpkin spice my shoe if that was a thing. (Still, I could do without the early winter we’re experiencing!) Recently, I was determined to do my annual pumpkin picking pilgrimage. I scoured the state for the picture-perfect patch. Living on the coast, I knew I’d have take a bit of a hike (literally), but I was willing to make the effort. If Linus can spend all night in a pumpkin patch waiting for an oversized pumpkin I can take an hour drive to the NJ countryside.

Enter Bullock Farms, conveniently located in Cream Ridge and with my two favorite things: pumpkin picking and beer. The 100-acre farm hosted fall festivities like hayrides, corn mazes and pumpkin picking straight off the vine. I had never seen off-the-vine pumpkin picking but I imagined it to be something like a brawny commercial, lumberjack chopping at a pumpkin stalk with an ax. It seemed extra authentic so I was all for it. That and they had a brewery on site, which pretty much sealed the deal. Pumpkins + beer = I’m there.

Thankfully the weather gods were smiling on the day I visited. I’d rather think of “frost is on the pumpkin” as an expression, not something I’ve personally experienced. After a windy trip over the river and through the woods my flannel clad crew pulled up to a bustling patch. Disclaimer: we did not include a visit to grandmother’s house. 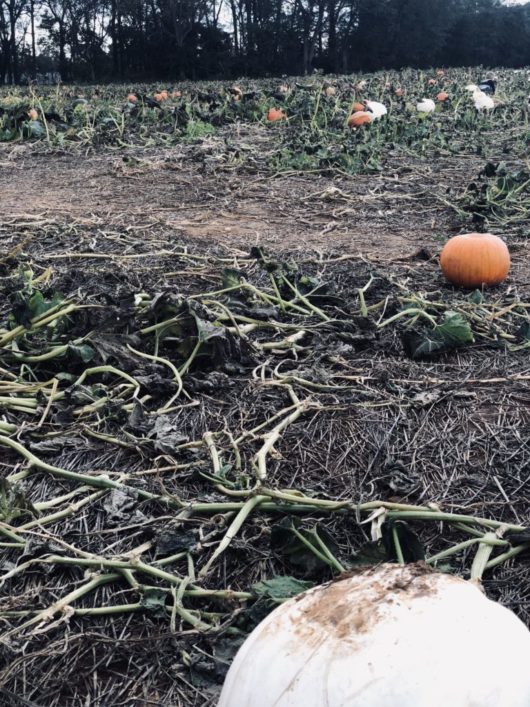 After the long trip, we decided to have a cold one before hitting the patch. Screamin’ Hill was exactly where you would picture a brewery on sprawling rural oasis—in a barn. If that doesn’t scream fall I don’t know what does. They had about 15 different field-to-glass beers on tap. Each ingredient from the hops to the pumpkin in their beer is grown on site, save for a few ancillary ingredients like cocoa. Their taps range from ales, porters and IPAs (oh my). I went for the pumpkin and an applewood smoked rye pale ale. The Rusty Farmer was a close third but having never sampled a smoked beer before curiosity won out. You could taste the freshness in both beers. The pumpkin ale had a hint of spice but the pumpkin flavor was subtle. (Usually I like to be hit in the gourd with pumpkin but in this case, it worked.) The smoked ale had a note of sourness you find in an IPA but it was balanced nicely by a bacony undertone. I also sampled my friends’ choices. Really great beers overall. 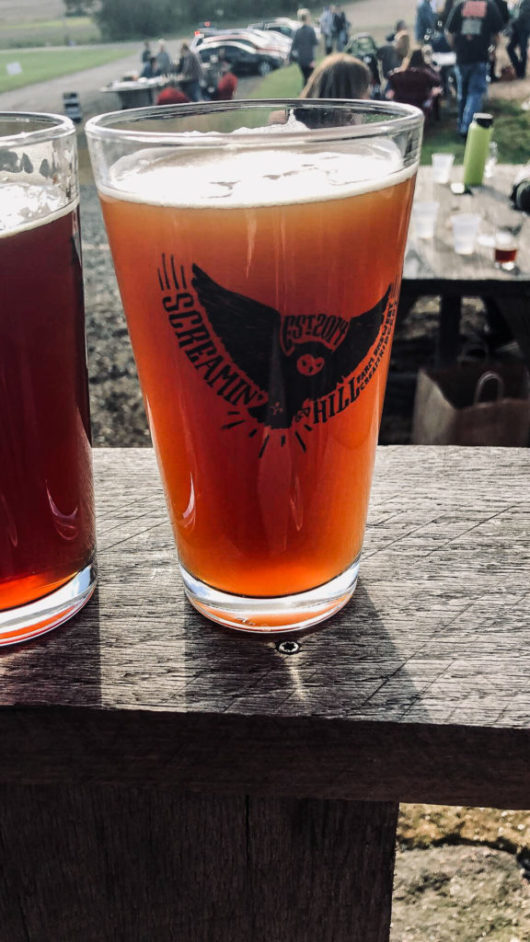 The rest of the day was spent on hayrides, finding the perfect pumpkin, and stuffing our faces with sausages sold at the farm store. Though I didn’t have to axe my pumpkin, it took a bit of yanking to get it off the vine. Not full on brawny man but still a little burly. The only thing missing from the day was the cider doughnut smell (they did have them for sale). Regardless, pumpkin in hand and chilly evening approaching, I was inspired to use the ale I had just sampled to make soup. I was a little hesitant to sacrifice my .55-cent-per-pound pumpkin, but it was for the greater good. A few hours later and I was under a blanket eating tomato pumpkin bisque. If that doesn’t say perfect end to a fall day I don’t know what does. (And now, for winter!)

NOTE: A pumpkin was carved in the creation of this recipe!

Recipe yields about 5 to 6 generous servings. Leftovers can be stored in the refrigerator for up to 4 days or frozen for about 2 to 3 months.

Preheat your oven to 400°F. Using a large knife, remove the top the same way you would if you were making a jack-o-lantern. Cut the pumpkin in half and use a large spoon to scoop the seeds. Place the pumpkin on a baking sheet and drizzle with olive oil salt and pepper. Place cut side down and roast for about 30 minutes, until the flesh is soft. Scoop the pumpkin out of its shell.

You have two options for consistency when you are ready to serve, and both can be done right in the pot. For a chunkier soup, use a potato masher until desired consistency is achieved, for a smooth soup use an emersion blender. Add cream and serve.

*If you not have a pumpkin handy use 2 cans of pumpkin purée.

Tip: Save the seeds!

Clean the excess pumpkin, rinse and dry. Sprinkle with chili and cinnamon and roast in a 350°F oven for about 15 minutes (until brown) for a healthy treat with sweet heat.