Craft beer drinkers are a curious bunch and the world of craft beer is all about what’s coming up next. New Jersey Craft Beer lists 82 operating breweries in New Jersey and another 23 in the start-up phase. Here’s a look at a few start-ups that expect to help enrich the New Jersey craft beer scene in 2018.

Hidden Sands Brewing in Egg Harbor will be first out of the gate with its grand opening weekend kicking off Friday, January 12. Ingredients-focused breweries seem to be a trend and Hidden Sands is showcasing the most overlooked ingredient: water. The name is derived from the 800-foot Sands Aquifer, from which they source excellent water to make bright, snappy Pils and a lineup of IPA styles.

Another start-up that’s carefully considering its water source—and just about everything else—is Source Brewing. “Our pursuit is to curate the best beer drinking experience possible, which we believe is best at the Source,” says Phil Petracca, founder and managing partner. The farm-to-glass brewery is slated to open in the fall of 2018, and attention to detail will be its hallmark. The brewery plans to feature specific serving temperature per beer style, custom glassware per style, and a controlled level and density of foam per style. Foam is a big deal to Petracca. He’s also the man behind the piece of beer tech known as Fizzics, which imparts a rich aromatic tuft of foam on your beer. The locale was also considered with care. “We selected Colts Neck for its rich agricultural history and we have purchased a two-acre historic dairy farm that has a 125-plus-year- old barn that we are renovating.”

Locally sourced ingredients, craft soda, and outdoor beer garden and Cicerone certified beer tenders will round out what sounds like one very charming experience. For anyone who’s been to Screamin’ Hill Brewery in Cream Ridge, you can understand the allure of drinking beer on a farm.

It might sound a little odd to mention Krogh’s Brewpub and Restaurant in a piece about start-ups. They’ve been brewing beer since 1999! But there’s a new venture to discuss: Krogh’s Brewing Co., a production brewery in nearby Newton. Jason Fuchs, of Krogh’s, tells me they reached maximum capacity at the Sparta brewpub, pictured at top, years ago. “We also have goals of growing the brand to cover our county, northern New Jersey, and eventually beyond,” Fuchs says. Owner Robert Fuchs has been looking for a suitable location for about six years and now, with business partner Blake Ellman, they have a location and await final approvals to begin construction. Hopefully, by this time next year they’ll be up and running. It’s great to see an early pioneer of the Jersey beer scene taking the next step in production. 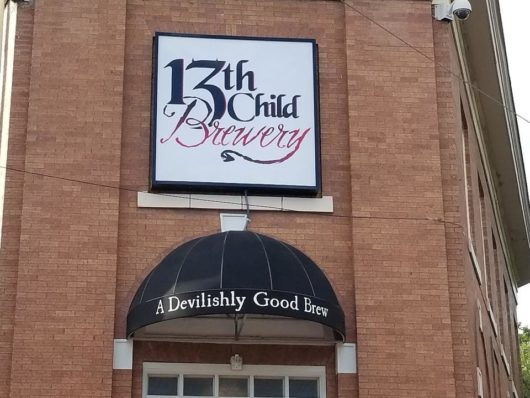 Moving south to Gloucester County, historic Williamstown will see its first brewery open at the end of January. 13th Child Brewery (formerly Blue Anchor Brewing) is located in an old, downtown bank. During renovation work, underneath a thin layer of concrete, they uncovered a beautiful mosaic tile and hardwood floor. Partner Steven MacNamara told me, “We had no idea what was under the concrete.” The pleasant discovery will certainly lead to the space becoming one of the most picturesque taprooms in the state. Locals expect it to help continue to revitalize the town. MacNamara is particularly fond of their Wee Heavy, which comes out in the spring, and the locally sourced blueberry ale, which you will see around harvest time. Also look for Cross Keys Brewing Co. to be opening about the same time just across town, making Williamstown a nice little craft beer destination. 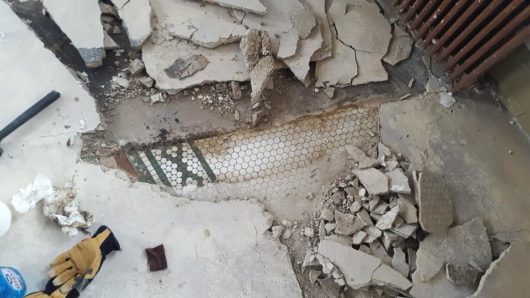 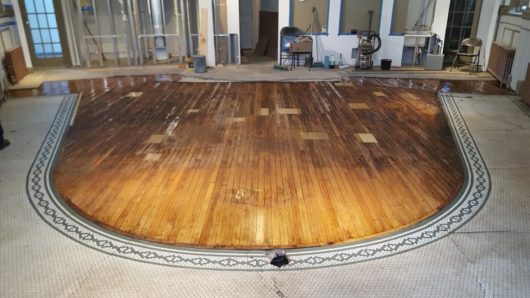 Speaking of destination towns, hip-town Red Bank is long overdue for a brewery. Yes, Birravino (formerly Basil T’s) has been operating as a brewpub for a couple of decades now but the trendy city doesn’t have a regular production brewery. Not to worry! Ross Brewing will right that wrong in 2018, and in a suitably cool location: an old firehouse on White Street near the center of town. With beers named for local landmarks and a commitment to local ingredients, Ross Brewing will bring with it a strong sense of community. I’ll be taking a closer look at this new spot as its opening date draws near.

While we’re on the subject of firsts, Wildwood will be getting its first brewpub in March. MudHen Brewing Company is named for the late 19th century train that chugged precariously through the salt march from Cape May to Wildwood. The 15bbl brew house will be manned by Wildwood native Tony Cunha, while the smokehouse-inspired menu was developed by Chef Brian Duffy, who you may recognize from the Food Network. That menu will be complemented by MudHen’s signature IPA, a light American pilsner, a unique refreshing wheat beer, something on the dark side and possibly the occasional lager, pale ale and DIPA.

Russ Simmons, MudHen’s marketing manager, describes the restaurant as “twenty-five hundred square feet of restaurant showcasing the brew tanks from every angle behind the 40-foot-long full-service bar. [There’s also] a modern second level tasting room with lounge areas, and a fireplace and tables overlooking the restaurant, as well as a second bar leading to a well manicured outside patio with plenty more open air seating and fire pit.” Sounds like the perfect place to enjoy a beer and a bite this summer!

Those are just a few of the interesting stories we’ll see emerge from the 2018 beer scene. Stay tuned for more!