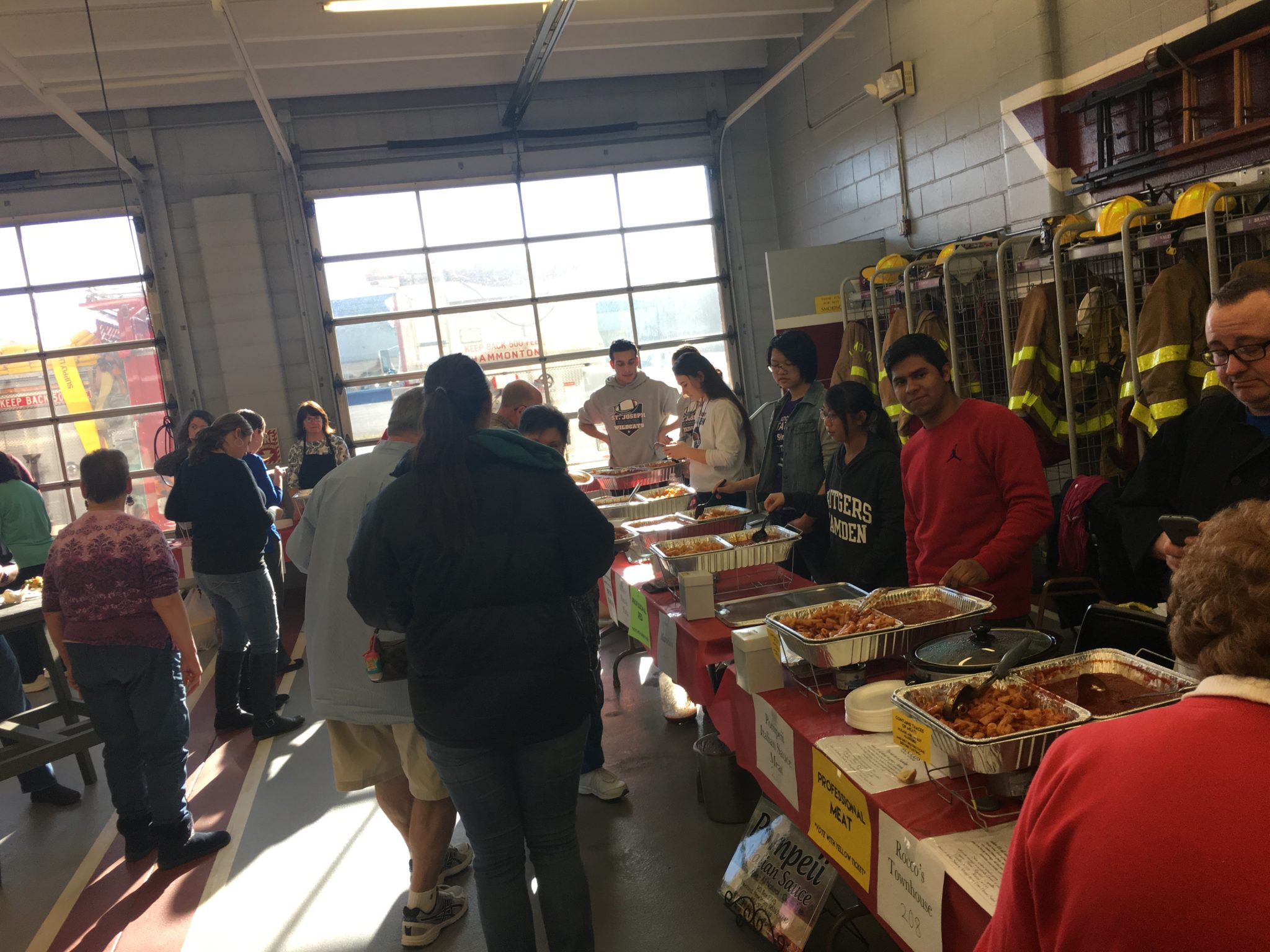 When my mom and I entered the fire hall, a Rotary Club volunteer asked us to cast a vote on the question of the day: is it “gravy” or “sauce”? She used a pen to tally off our votes on a poster board. The “sauce” side of the board was losing the debate.

“We always called it gravy,” my mom said once we were inside. Like so many Hammonton families, my grandfather’s parents immigrated here from Italy. I grew up eating crushed tomatoes slow-simmered with beef bones, garlic, and oregano. When my mom and I sat down at one of the tables inside the hall, my belly was empty and my standards high. 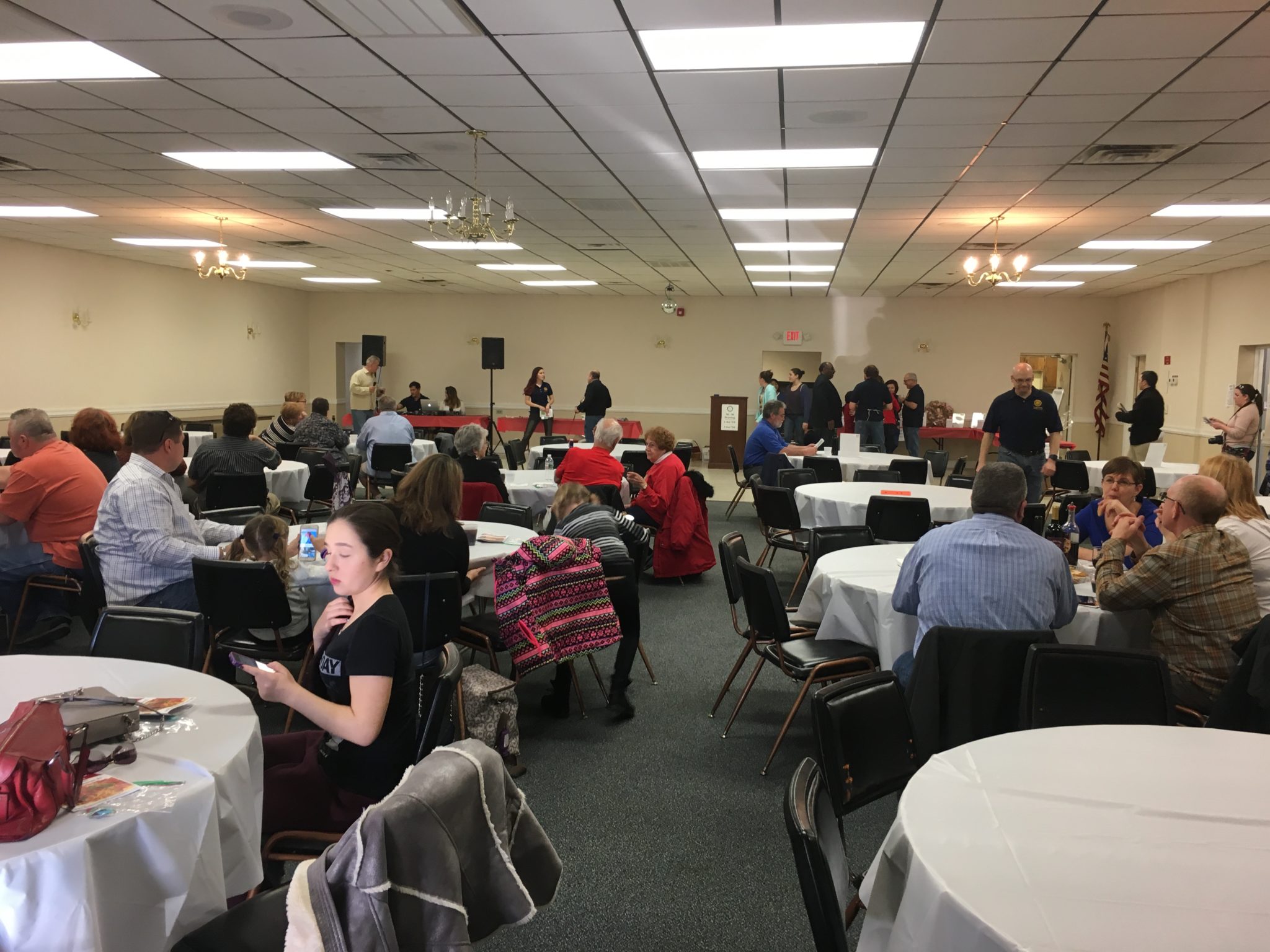 Families and friends arrived armed with wine and light snacks. In the center of the room, a little girl in a cream-colored party dress twirled around to “Mambo Italiano.” The organizer, Maribeth Capelli, explained how we could vote once we tasted the sauces…er, gravies.

In a separate, larger room, chefs waited with their pasta creations. Soon, Capelli invited us to sample as many of the pasta dishes as we wished. Marcello’s, a third-generation owned restaurant boasting Sicilian cuisine, was my favorite of the professional contestants. Their gravy was chunkier than the rest and loaded with garlic and herbs. The judges must have agreed with my assessment, because they awarded Marcello’s first place in the Professional Meat category.  Rocco’s Town House, which opened in Hammonton in 1949, ranked a close second for me. Rocco’s served their sauce (darn…I mean gravy!) with pork and parmesan cheese, and received the People’s Choice prize in the Professional Meat category. 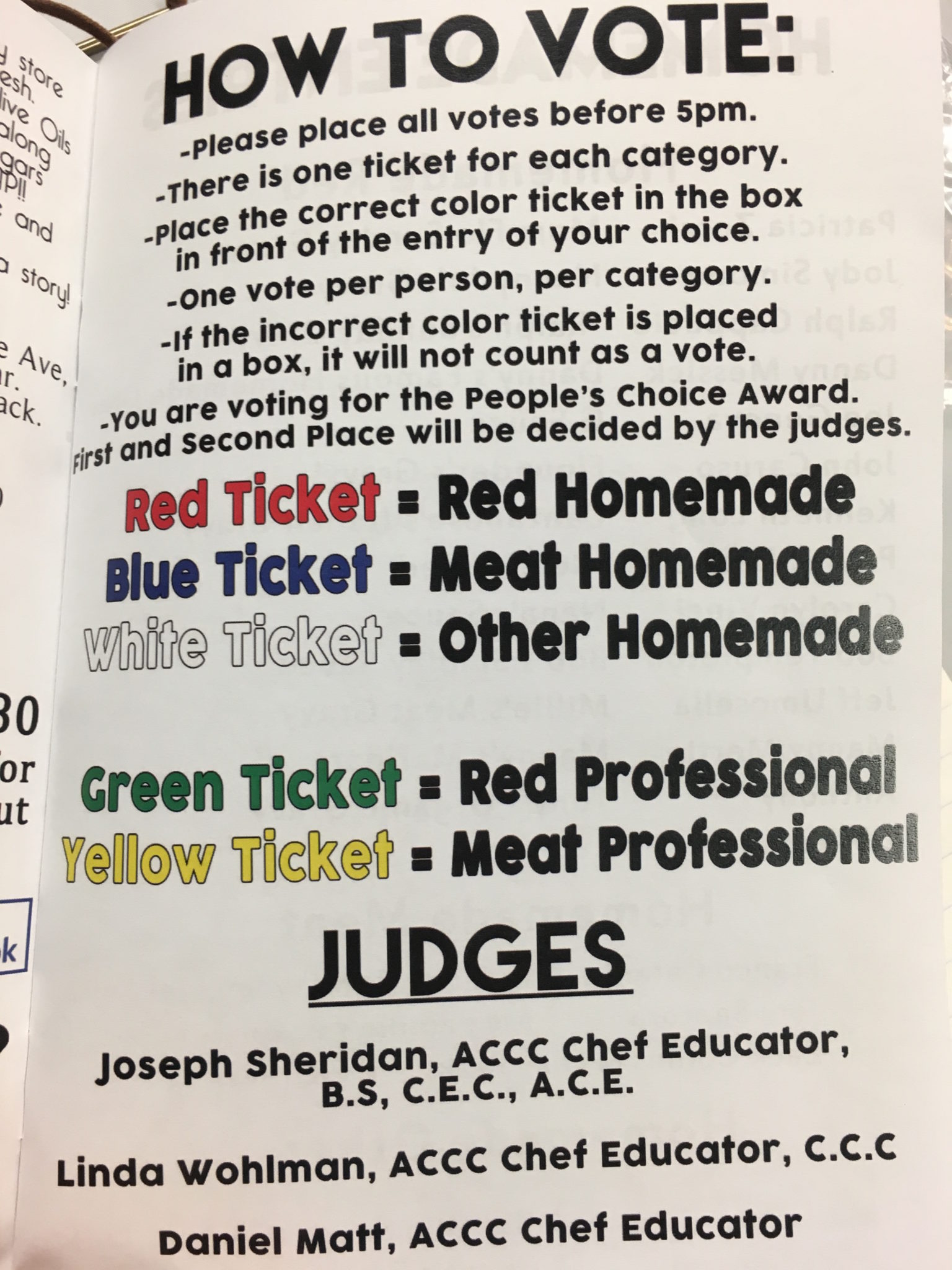 I like garlic, Italian seasonings, and a balance of salty and
sweet in my gravies, and that’s why I loved Virginia Folcarelli’s “Ginny’s Gravy” so much. Folcarelli’s husband Anthony told me the recipe belonged to his mother, who was born in “It’ly.” Virginia continued to perfect it until she created the flavor-packed sauce, which the judging panel awarded first place in the Homemade Meat category. Yum.

Contestants’ creativity shone in the Homemade Other division. Eric Manganaro prepared a seafood pescatore. Andy Simone cooked up a dish called Barbato’s Puttanesca, complete with capers, olives, and a hint of spice. Mary Sura made a garlic and olive oil pasta sauce dubbed Aglio Olio, which won second place. Jodi Simone whipped up a cream sauce with peas and ham dubbed Nanny Joe’s Carbonara, a winner of both the judging panel’s top prize and People’s Choice.

A fire alarm pierced the hall as we munched on rigatoni. Volunteers scrambled to move tables topped with napkins, utensils, and bread and butter, so firefighters could access their equipment and jump in their fire trucks parked out front. Once we knew the fire wasn’t coming from the hall’s kitchen, we turned our attention back to the massive feast before us.

When I bit into the xXxGravyxXx pasta, I noticed a distinct Mexican influence, notes of cumin and pepper mixing with the sweetness of the tomato. The dish is the brainchild of Zack Collins, who confirmed the Mexican influence when I asked him about it. He said he tried to think of an original creation. When he started to prepare his gravy, he thought, “What’s really gonna put it above the rest?” Collins’ dish was a fitting metaphor for the town of Hammonton, a melting pot of both Italian and Mexican immigrants. xXxGravyxXx won second place in the Homemade Meat category. 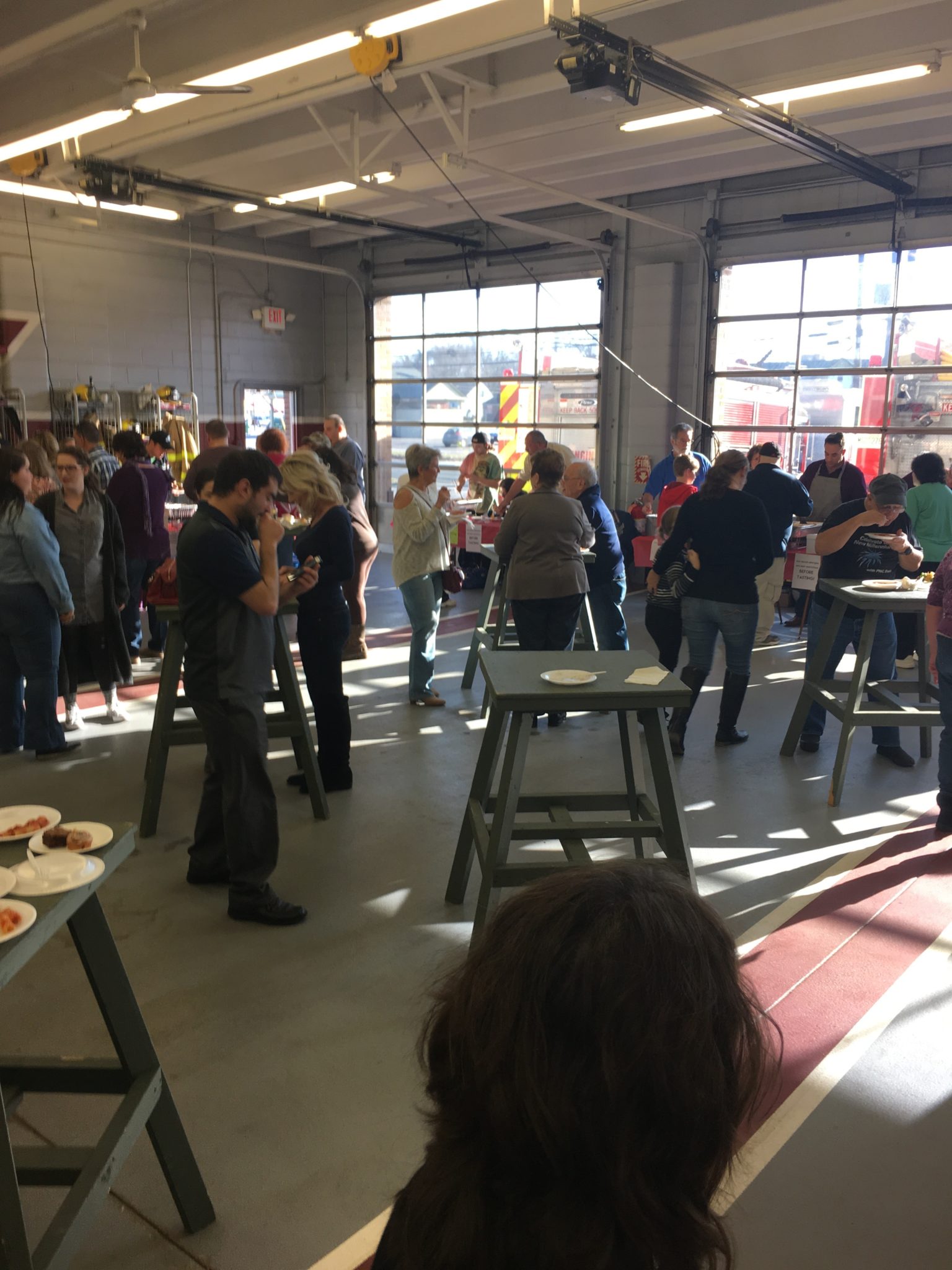 The winners each went home with an engraved spoon and a certificate of achievement. The full list of winning entries is available on the Rotary Club’s Facebook page. Since the event was a fundraiser for the Rotary Club, raffle winners also took home baskets of prizes featuring wines, tequilas, restaurant gift certificates, an Easter wreath, a cooler, and more.

When Capelli thought up the idea for the event two years back, she wanted to raise as much money as possible for the Rotary Club to use for their service to the community. The Rotary Club’s homemade wine competition sparked her idea. Capelli said she wanted to create “something else that would probably thrive in an Italian town.”

While we were there, I wondered why the gravy vs. sauce debate continues to rage. Slate Magazine reports a couple prevailing theories. One idea is that the preference for one or the other is simply geographical. Many Italians in areas like New Jersey and Philadelphia prefer to say ‘gravy’. Another theory suggests families who immigrated here during the early 20th century tend to say ‘gravy.’’ Immigrants who came over later in the century prefer ‘sauce.’ Those early immigrants may have tried harder to assimilate, and “gravy” sounded more American than “sauce,” which is close to the Italian word “salsa.”

I don’t care if you call it gravy or sauce…just season it, simmer it, and serve it up hot. 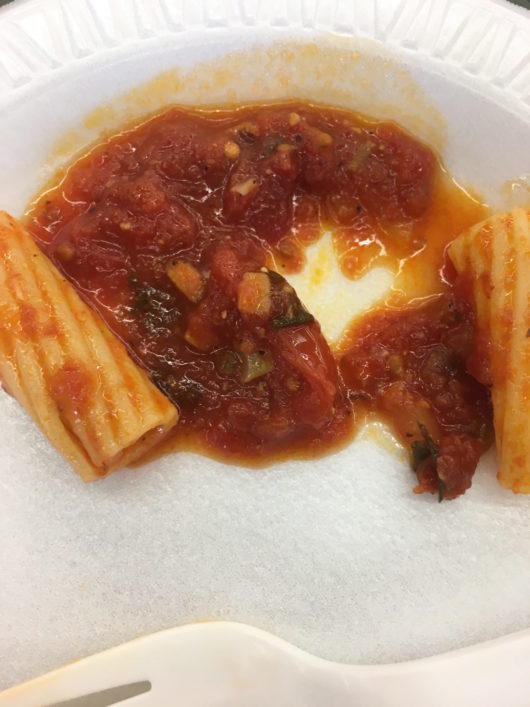