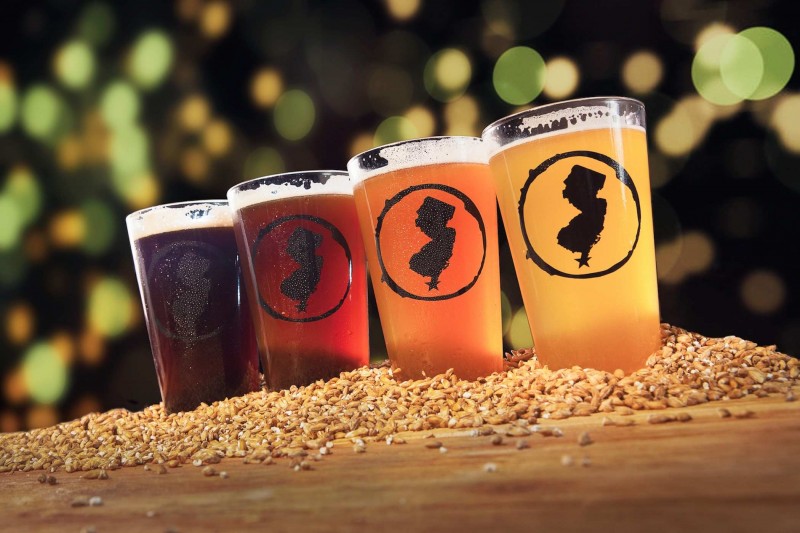 Summer is winding down, but Alma George is busier than ever selling her beach plum jams and syrups at Jersey Shore farmers markets. Late summer and early autumn is harvest time for the 2,100 beach plum trees on George’s Jalma Farms in Ocean View.

The sweet-tart beach plum is a Jersey native: a shrub-like tree that thrives on the sandy beaches of the Eastern Seaboard, from Maine to Virginia. It’s the official fruit of Cape May County. Joe Alvarez of the Cape May County Beach Plum Association notes that the beach plums were a hit at this summer’s roadside stands. He says, “The locals were kind of happy, they didn’t have to go foraging” for the tangy plum that is making an appearance in everything from vinaigrette to ice cream. (Visit Cape May’s Washington Inn for the beach plum martini, or try the Delaware Bay oysters with beach plum mignonette sauce.)

At Jalma Farms, George says that despite some weather-related setbacks this season, “We’re guessing we’ll have about 8,000 to 10,000 pounds of beach plums at the end of harvest.” All those beach plums are made into her all natural beach plum jam and beach plum pepper jam, which gets an extra zip from the addition of jalapeño and habañero peppers.

Jersey brewers have also discovered the beach plum. The Cape May Brewing Company’s seasonal autumn brews include Beach Plum Ale and the Queen Street, a wild fermented ale infused with beach plums. Co-owner Ryan Krill explains that the yeast is from wild grapes grown behind the brewery. “We get the plums locally after they have been pressed for wine or jelly–they would otherwise go to waste,” he says. Krill notes that the pressed skins add color and flavor. “The beer is wonderful and tastes like a mix between a cranberry and a plum.”

Wine drinkers can also get a taste of the beach plum. Natali Vineyards’ Beach Plum Wine lives up to its description as “a sweet yet refreshingly tart dessert wine.”

Like all Jersey natives, the beach plum loves the shore. Because it withstands the sandy, salty soil and high winds, it provides beneficial dune stabilization along the Jersey shoreline. Jalma Farms nurtures seed beds for beach restoration projects in Stone Harbor, Sea Isle City, Ocean City and Brigantine. The dune plantings are done when the plant is dormant in the late fall and then again in March. “Not exactly beach weather,” says George, “but we work on Mother Nature’s schedule!”

The beach plum is good for you, too: according to the Rutgers University Cooperative Extension, beach plums have antioxidant and anti-bacterial attributes similar to cranberries and blueberries.