When people think of having a great homemade stromboli, Stuff Yer Face on 49 Easton Avenue in New Brunswick, usually comes to mind quickly. This restaurant in the heart of New Brunswick opened in October of 1977 and has a very rich history. Matthew Poznick, general manager of Stuff Yer Face, was a chef at the restaurant from 1995 to 2002.

When Stuff Yer Face first opened it was located at 43 Easton Avenue, which is now Noodle Gourmet, and the front of the restaurant was a 100-year-old house, says Poznick. These days, Stuff Yer Face attracts Rutgers students and New Brunswick residents looking for a casual atmosphere, tasty and unique food, a great beer list, and friendly service, he says.

This restaurant offers a wide selection of selections, from pizza, burgers and sandwiches, to salads and stromboli. The restaurant also offers more than 100 varieties of beer. Each stromboli at Stuff Yer Face is, of course, the best dish to order because of the fresh dough and tasty ingredients,” Poznick says. Customers can select a stromboli from the menu or customize their own “The restaurant has talented cooks who can make them to order accurately and quickly.”

“The crew I have now have been with me for about 20 years,” he says. “They do an awesome job,” says Poznick.

He did not voluntarily become general manager of Stuff Yer Face, he notes, but rather the responsibility was placed upon him when the manager left—Poznick was next in line. He had some experience as an assistant manager but says he was still very nervous about the responsibilities he would have to deal with.

“With some of the staff stepping up to take on more responsibility we made it through and excelled,” he says. “Since becoming general manager, I have always had a fun-loving and hard-working staff.” Years ago, Mario Batali, Rutgers alumnus, worked as a dishwasher and stromboli maker at Stuff Yer Face.“Batali will occasionally come back to the restaurant with his family to visit his roots and where his career started,” Poznick says. “He has always been humble, friendly, funny and thankful while visiting or talking about Stuff Yer Face,” Poznick says.

This Western-themed restaurant has grown from being a startup with an inexperienced owner to a well-known and highly appealing place for Italian food and beer. Navera Hussain, a senior at Rutgers University‘s School of Management and Labor Relations, frequents Stuff Yer Face three to four times a year with friends and family. “I love their potachos and think Stuff Yer Face is a very important part of Rutgers history,” she says. Hussain says she has never tried a stromboli but plans to have one soon.

Poznick adds, “The restaurant is casual, comfortable and fun. It has a great mix of students, locals and alumni of Rutgers,” he says.

Roger Grillo, another Rutgers alumnus, and also the director of administration and finance in the Food Science Department, remembers coming to Stuff Yer Face with his friends as an undergrad and enjoying a stromboli and beer. “This restaurant defined a lot of my college experience,” he says. “On a nice day I would love to sit outside and have a tasty stromboli.”

All photos courtesy of Matt Poznick. 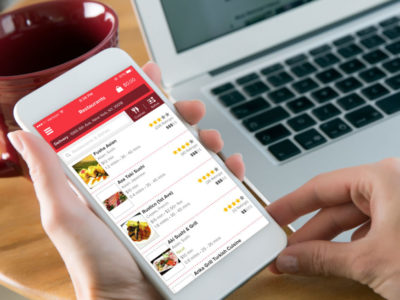 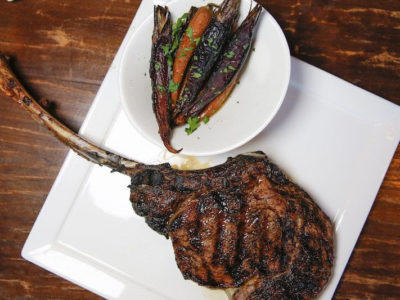 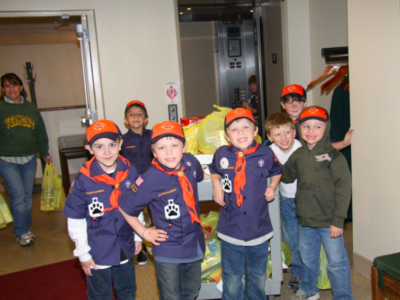 An Inside Look at the Manasquan Food Pantry 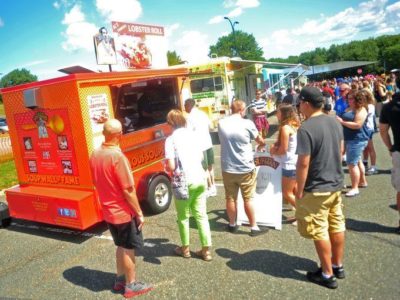