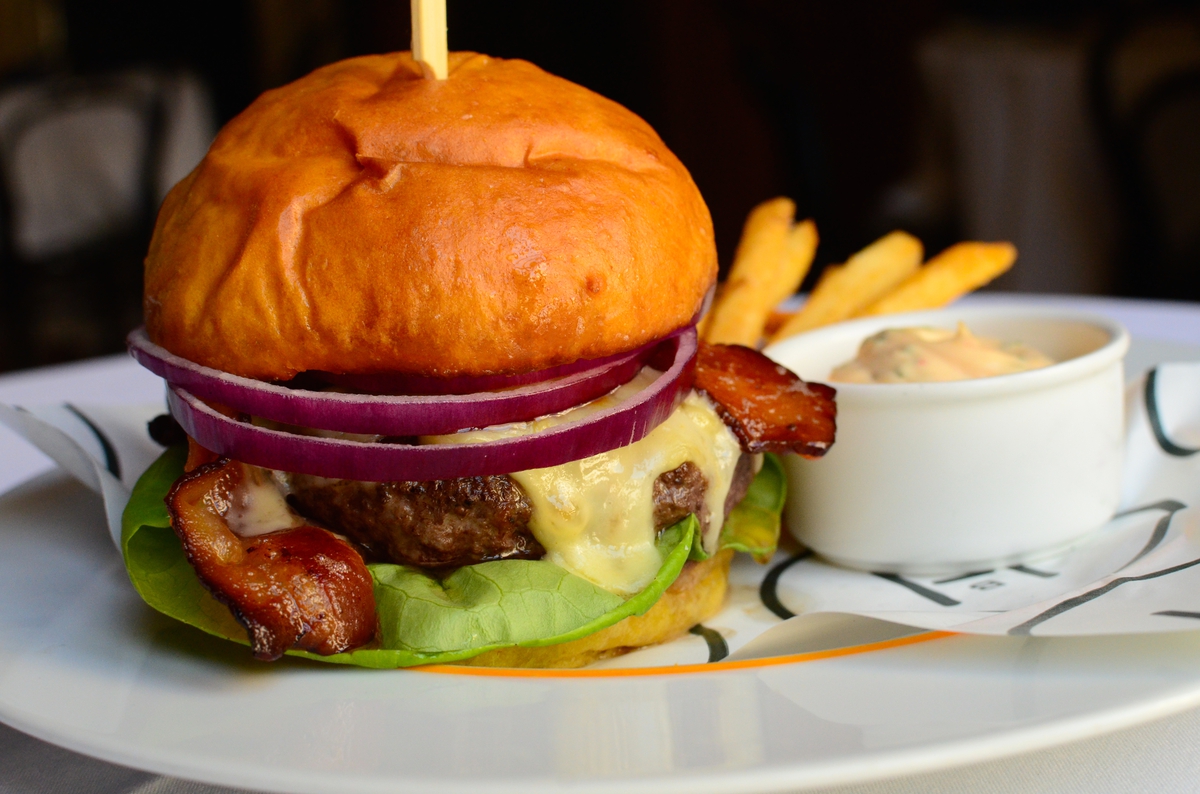 Never mind the type of cuisine a restaurant is known for — no matter how upscale, chances are you will find a burger somewhere on the menu.

So it goes at Jockey Hollow Bar + Kitchen, the nine-month-old baby of restaurateur Chris Cannon, who is operating a four-part restaurant within the historic Vail Mansion in Morristown after a multi-year, $5 million renovation.

“We had the burger on from the beginning,” says Executive Chef Kevin Sippel, adding that the burger can be ordered at the 1920s-style glam Vail Bar, as well as on the newly opened patio overlooking the reflecting pond and South Street.

The CC Burger (named after Cannon) comes on a housemade potato roll with American Raclette cheese sourced from Virginia, a slab of local mangalista bacon and salt & pepper fries. It’s topped with a kicky sauce (more on that later).

“It’s juicy, it’s rich, there’s a lot of fat in there, but you still have the flavor of the beef. It tastes like a hamburger should taste,” says Sippel. “It tastes beefy.”

Whether you grind your own meat or purchase it ground, Sippel recommends forming a ball and then tossing it several times from hand to hand like a baseball until it gets a little tacky. This process helps break down the fat so your burgers won’t crumble, “A little sticky. That’s the point you want that burger to be at,” he says.

With a gentle twist of his arm, Sippel agreed to give up the recipe for the burger’s secret sauce, a combination of mayonnaise and Thai chilies picked from Ralston Farm and fermented in oak barrels.

Do try this at home. After all, your own backyard is always the perfect space for cooking up a good burger.