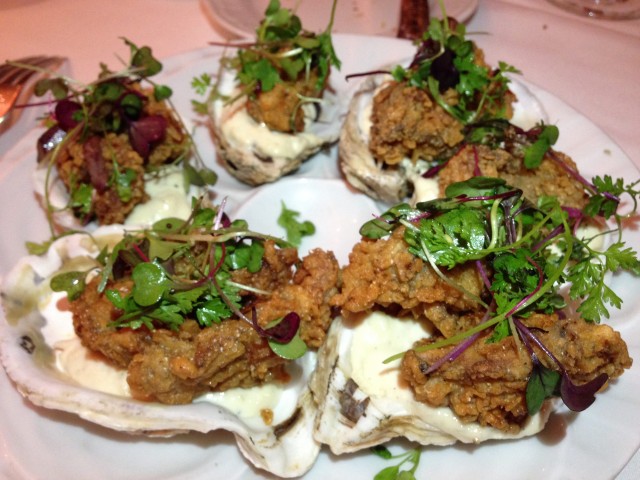 Chef Ariane Duarte’s love of cooking began as she was growing up, watching her grandmother cook family dinners. She went on to graduate from the Culinary Institute of America, and she has not stopped cooking since. Duarte’s desire to expand her culinary repertoire has led her to some of the most prestigious restaurant kitchens in the country: The Highlawn Pavilion in West Orange, NJ, The Terrace in Manhattan, Star Canyon in Dallas, Trio and Charlie Trotter’s testing kitchen in Chicago; Vine in Manhattan, and of course, CulinAriane in Montclair.

When offered the opportunity to be on the fifth season of Top Chef, Ariane jumped at the chance. In 2013 she competed and won the premiere show Cook Your Ass Off. And she has continued to grow her brand as a contributing chef for several magazines and with appearances on Today, Iron Chef and the Tyra Banks Show.

After eight years and one expansion, CulinAriane, with Ariane still commanding the stoves, continues to shine as one of New Jersey’s top restaurants. This fall, the Duartes will relocate with the opening of Ariane Kitchen & Bar in Verona, just west of Montclair.

JERSEY BITES: What is your earliest food memory?
CHEF ARIANE DUARTE: The smell of a leg of lamb roasting in grandma’s oven.

When did you realize you wanted to make cooking a career? Was there an “a-ha” moment?
At 12 years old, watching Julia Child cooking.

What is your cooking style?
Simple, fresh, clean.

What has been your greatest opportunity that has come from cooking?
Cooking for two U.S. Presidents.

What is the most memorable meal you’ve had, what did you eat and where was it?
My first date with my husband. Dean Fearing cooked for us at Mansion on Turtle Creek in Dallas.

It’s your last day on earth, what would your final meal be?
My mom’s macaroni and gravy.

What is the best advice you have to share with young folks interested in becoming chefs?
Work in the business before deciding if you want to make it a career.

If you could choose to be any food item, what would it be?
A Jersey tomato!

What is the one “staple” food you always have in your cupboard at home?
Pasta – macaronis.

What is your beverage of choice?
Unsweetened iced tea.

What is your favorite comfort food?
Thin-crust pizza.

What New Jersey restaurant do you enjoy dining at, besides your own?
I enjoy eating and hanging with all the local boys.

If you could have dinner with any three people, living, deceased or fictional, who would they be and why?
Julia Child – she was my idol, and my two grandmothers – they’d be so proud.

Are you working on any upcoming projects our readers would be interested in learning about?
Opening a new restaurant in my hometown of Verona with an opening date of October 2014. We’ll have approximately 100 seats and will have a liquor license.