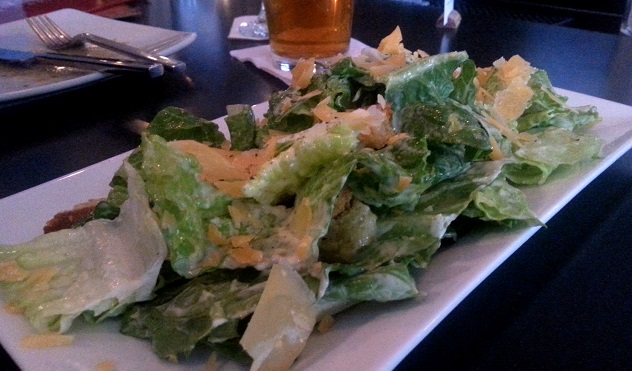 Cibo e Vino enjoyed a quiet, soft opening in November in Asbury Park. Owners Karen and Jim DeGilio, are well known for their excellent restaurant Fish, next to which Cibo e Vino is cuddled right up on Madison Avenue in the historic Press Building. The DeGilios are also  known for their popular restaurant Pinziminio Trattoria on Long Beach Island, which they recently closed in order to focus their attention more directly on Cibo.

A friend of mine recently clued me in to this tapas-style Italian restaurant and after hearing his description, I had to make the trip. As is my M.O., we showed up at about five o’clock. I try to get the natural light for pictures if I can. (And, I’m also an old fart—who am I kidding?)  At 5 p.m., the restaurant had a few tables occupied and a very large and boisterous party of about 20 right in front. They seemed to be having a fabulous time.

Diana, the manager, was also hosting at that time, so we got to talk with her. I asked her “Why the tapas style?” and she explained: “More and more people are finding tapas style eating to be appealing for a number of reasons. It’s a more communal, fun and interesting way to eat as you get to taste a number of items in small portions.” I tend to agree. I’m a grazer. I love to sample little bites of different dishes. And that was exactly what I set out to do at Cibo e Vino.

Our first order of business was ordering drinks. The bartender explained that their wine selection is strictly Italian and talked to my beer man about their craft beer selection, which is a selection of local brews and eclectic Italian regionals. Since I have quite a primitive pallet when it comes to Italian wines, I told the bartender I’m a white wine drinker and I prefer chardonnay (don’t judge.) He offered three options and suggested a flight of wine. (How fun Mr. Bartender, and yes, I will.)

Peter (@JerseyBitesBeer) ordered Carton Brewing’s “Carton of Milk” on draft to start the evening off. He later tried one of their imported beers, Baladin Birra Lurisia Otto,  and in his beer-geeky way, described it to me as having “a smooth, creamy texture with some dried fruit in the nose. A malt forward with a hint of wood. Great to accompany a wide range of food.” Just for the record, I hear “blah, blah, bladdie, blah, blah” when he talks like this, but I know some of you speak his language. Cibo e Vino also makes Lemoncello and Orangecello in house and they offer a number of cocktails using liqours imported from Italy.

My stomach was growling, so we immediately dove into the menu. Going for the quickest thing possible, we started with a simple bruschetta. There were three styles to choose from but when I see goat cheese on anything, it’s a sure bet I will be having it. The roasted mushroom with fig and goat cheese ricotta was the winner. Just two slices to a plate, but it quieted the rumbling beast and allowed me to focus on the next plate. I think the bruschetta is a nice way to enjoy your drink and nibble. And I love figs, so it was a double win for me.

It didn’t take long before we were perusing the menu for our next bite. Peter spotted the gnocchi di ricotta with lamb ragu, sundried tomatoes and mint. The bartender made sure that we knew that the gnocchi is a ricotta gnocchi, so lighter than the traditional. Sounded good to us and it did not disappoint. As light as he said it was, it was very filling for two people, but we managed. The lamb was perfectly cooked, and our plate was, for all intents and purposes, licked clean. We didn’t exactly lick it—we’re not animals—but you get the picture. (At home is a different story. Once again, don’t judge.)

Next up, we felt the need to bring some veggies into this game plan. On the bartender’s recommendation we ordered the Caesar salad with ciabatta croutons and aged gouda. I am here to testify that this was the best Caesar salad I have ever had. Yep, I said it. The gouda really makes it different and simply delicious. Try it and tell me what you think.

As we were looking through the vast menu, I needed some guidance from Diana. So I asked her, “What’s Cibo e Vino’s signature dish?”

She thought for a moment and said, “Well, I can’t say it’s our signature dish, but our customers actually have said they dream about the chicken and sausage gorgonzola with onions, garlic and penne pasta.” OK then, that’s the direction in which we headed, even with her disclaimer that “it’s a heavy dish.”

As promised, it was heavy. If you’ve ever cooked with gorgonzola, you know it can take over a dish easily. I liked this dish, but immediately felt the need for my taste buds to lighten it up. That’s the beauty of a tapas-style restaurant. I hurried in an order of the roasted cauliflower. And the two made a beautiful marriage.

Cibo e Vino’s mission is “to popularize small plate eating by serving an interesting and delicious variety of Italian dishes.”  I can say that Executive Chef Dave Syminiuk and his team are on the right track. There were so many plates that were calling my name, but alas, I have but one stomach. On my next visit, I will have to sample the pizza which looked amazing and  the crab fettuccine. And I am definitely having that Caesar Salad again.

Launched in 2007, JerseyBites.com began as a home for Deborah’s growing collection of recipes, but soon grew into a hub for food news in the Garden State. In addition to her duties on JerseyBites, Deborah is the owner of Foxtrot Media, a full service digital marketing company that specializes in content development, social media marketing and search engine optimization.  She is also a highly sought after speaker on the topic of restaurant marketing, social media and blogging. You can learn more about her services and marketing through social media on her blog www.DeborahLSmith.com.