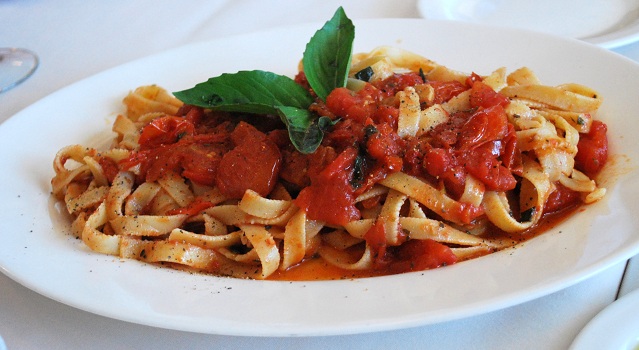 When Pasquale Parascandolo came to America in 1985. He came to find work and support his family back home in Naples, Italy. Three years later, he opened his first restaurant called Attilio’s Pizza & Restaurant in Jackson.

Attilio’s was known for its fresh ingredients and Pasquale’s personal attention to every detail. After Attilio’s, Pasquale opened Dusal’s in Milltown, where one lucky day, a pretty blond walked into his restaurant looking for a job after college. That pretty blond would one day become his wife and business partner. Trish is Pasquale’s right hand woman and does a little bit of everything, Manager, Maitre’d, Marketing and even bartender or server when needed.

In 1997, the pair opened Casa Giuseppe in Iselin. The restaurant was named after Pasquale’s father, who was a chef on merchant ships and always had a passion for food. For 16 years, Zagat Rated Casa Giuseppe has been putting out authentic Italian cuisine inspired by Pasquale’s parents and his own personal commitment to fresh everything.

On my first visit to Casa Giuseppe, I decided to try one of their specials, the Three Cheese Risotto with Grilled Salmon. (The Salmon cancels out the three cheeses, right?) It was the perfect balance of creamy with the proper bite of good risotto. You’ll find that fish plays a big part in Casa Guiseppe’s menu. His fish is fresh, never frozen and Pasquale made it a point of saying that he has been using the same supplier for 19 years. Some of Casa Giuseppe’s signature dishes include Stuffed Calamari, Lemon Sole encrusted with pignoli nuts, and Osso Buco. They usually have several daily specials, one sounding better than the next. When the seasons allow, he visits a farm in Monroe Township to personally pick up tomatoes, cherry peppers, zucchini, squash, peppers, fresh herbs, corn and more.  “This is how we cook in Italy. Farm to Table is nothing new to us.” Pasquale commented in his captivating Italian accent.

One of the little secrets about Casa Giuseppe is that there is a special “insiders” email list for patrons who prefer truly traditional Italian cuisine, dishes you won’t typically find on the regular menu but the restaurant will prepare from time to time. So, if you are a Tripe fan, or have a hankering for Rabbit Cacciatore or Alici get on their email list. Although not typical Italian fare, they are also known for ther amazing Rib Eye Steak which is aged 21 Days. I am told when the steaks are in the house they have a long list of customers that they actually call and they sell out every time.

One of the “to die for” bites at Casa Giuseppe is their homemade pancetta. You’ll find it in a lot of their dishes and it is lovingly made by Pasquale himself. A real testament to how the Parascandolo’s run their restaurant is in how long their Chefs and Servers have been with them. Several of their staff have been with them for over 15 years. There is a real family atmosphere among the employees and owners which I witnessed when I visited them and was invited into the kitchen for pictures. (They’re pretty camera shy, don’t you think.) On my last visit to Casa Giuseppe, I was surprised to find crepes on the menu. I devoured the crab stuffed crepes and my companion enjoyed the Crepe Suzette.

For 16 years Casa Giuseppe has been serving up fresh, authentic Italian and they don’t show any signs of slowing down. Be sure to call for a reservation on Friday and Saturday nights and Like them on Facebook for daily specials, events and to get on that VIP email list.

Deborah Smith , Founder and Executive Editor of JerseyBites.com.  Launched in 2007 as a home for her growing collection of recipes, Jersey Bites soon grew into a hub for all things edible in the Garden State. In her spare time, (Ha) she works as a Social Media consultant and speaker.  You can learn more about her services and marketing through social media on her blog www.DeborahLSmith.com