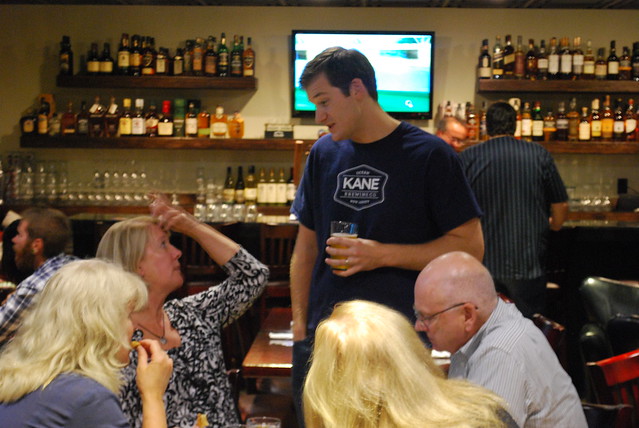 When I think about craft beer in New Jersey, I don’t think “Lakehurst.”  That is, until now.  It seems like craft beer is rapidly finding it’s way into all corners of the Garden State.   I attended the first beer tasting dinner at the recently opened Tipperary Pub and they kicked it off with Kane Brewing (Ocean Township).  That’s what I call hedging your bets!

Kane’s rep, Glenn, was on hand to talk about the beers, wander the tables to answer questions and shoot the breeze.  This was a comfortably casual event.  We were seated in their appropriately cozy whiskey tasting room which boasts a crazy big whiskey menu and a fireplace that’s perfect for sipping a single malt when the mercury starts to sink. If you’re into whiskey this place is a must!  Since I’m here to talk about beer, let’s get back on track. 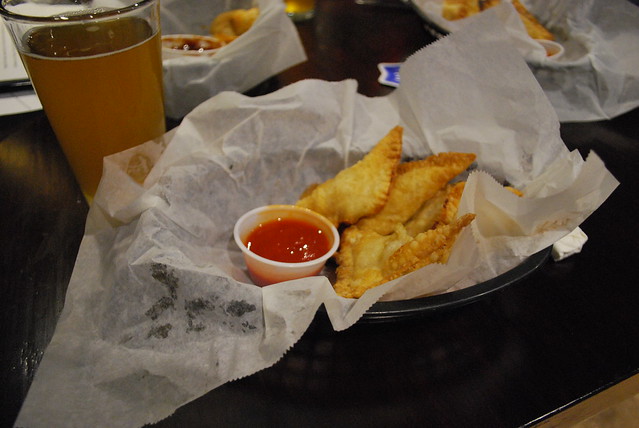 The tasting started with fried Chicken Murphy dumplings with a spicy sweet and sour dipping sauce paired with Kane Single Fin.  I honestly don’t know where the “Murphy” part came in with the dumplings but they packed some heat which was checked nicely by the sweetness of a typical Belgian Single.  Good start. 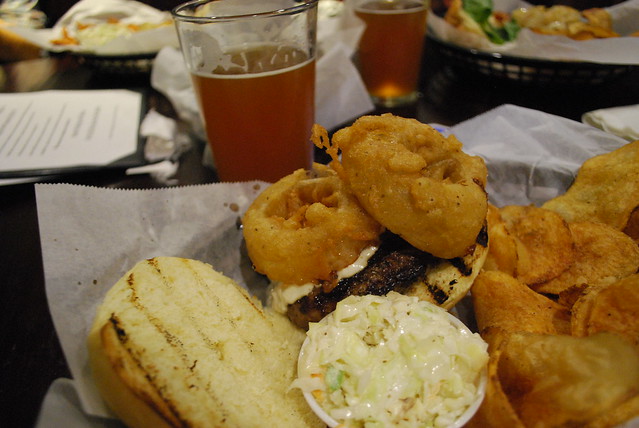 Next up was your choice of burgers from their regular menu.  Since Kane Head High IPA was the accompaniment, I went with the Steakhouse burger.  Real-deal onion rings and horseradish sauce went great with Kane’s no holes barred IPA.  Even though the kitchen had to crank out 20 burgers at once, mine was cooked to a perfect medium rare. That’s no small feat. 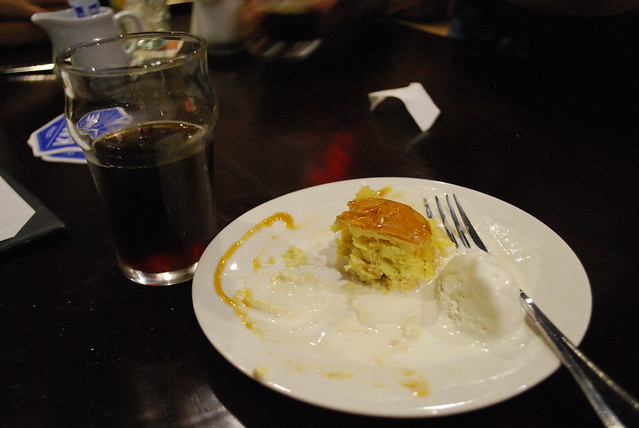 The pairing of the night came with dessert:  A surprisingly light bread pudding with Kane Malus.  I don’t eat dessert ever, but I did this night.  Malus is a Belgian strong dark ale brewed with Delicious Orchards apple cider which was reduced and added to the boil.  It delivers sweet cider up front but finishes bone dry so it met the bread pudding‘s sweetness but then cleansed the palate for the next bite.  Glenn told us that Malus was very labor intensive to brew so don’t expect to see it very often.  It’s their first bottled beer (cork and cage 750’s) so buy it if you find it at your local liquor store!

Tipperary, like any self respecting Irish themed pub, will pour you a perfect Guinness.  However, Mark, one of the owners, is an IPA nut so you can expect to find plenty of them on tap too.  Of their 12 taps, at least 4 or 5 were IPA’s!   And, like any self respecting real Irish pub, there’s curry on the menu.  The Chicken Tikka sandwich is a spicy hot curry bomb that cries out for a hop bomb pairing.  That’s worth the trip right there.

I guess that the Pine Barrens aren’t barren of piney hops after all.