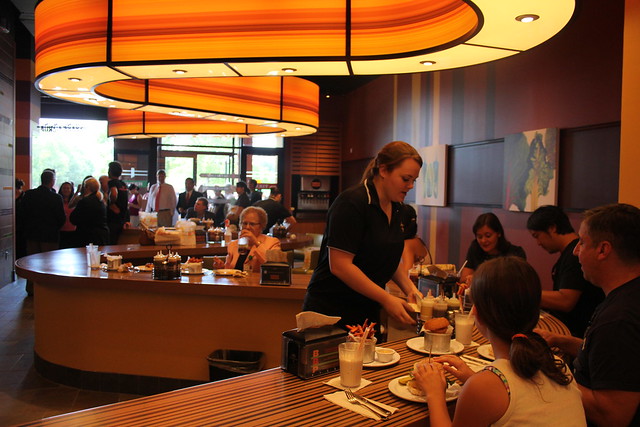 Known for his southwestern favors like chipotle and jalapeño, one would think celebrity chef  Bobby Flay had western roots. Not so much. He was born and raised in New York City. And like most New Yorkers spent his summers on New Jersey beaches and boardwalks. “I spent my first five or six summers at the Jersey Shore,” said the 47-year-old Flay, who noted his mother lives in Spring Lake. “I’ve always had a connection with Jersey.”

His childhood summers and the classic barbecues that took place during them helped shape the chef he would become. “Because I’ve done so many shows about outdoor cooking, grilling and barbecuing, people always ask me, you’re from New York City, how is that a grilling environment?” said Flay. “The answer is it’s not, it came from my summers in New Jersey and being inspired by my parents cooking outside. Things that are part of your childhood become part of you for the rest of your life.”

Burgers, steaks, lobsters, corn and tomatoes were key ingredients during the summer months. 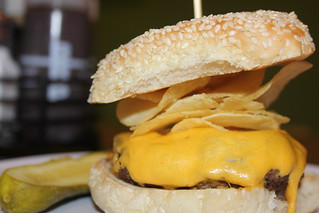 “Hence, I’ve been a burger guy,” he said, noting after working in the kitchen all night long, he would go out for a burger, his favorite go-to food. “It’s always been my go-to comfort food. I was always interested in one day opening my own burger place, that’s how Bobby’s Burger Palace was born.”

The Princeton location is the fourth BBP in New Jersey and 11 in the chain, which only serves burgers, fries and shakes.

“All three of those things have to be great for me to be successful,” said Flay. “I find a lot of burger restaurants the burger will be great and the fries will be ok. To make a great restaurant, even in a casual environment like this, all three things, if you are going to serve them, have to be top notch.”

The Burger Palace’s 10 burgers are all unique and are themed to different regions of the country and can be ordered with beef, turkey or chicken breast. 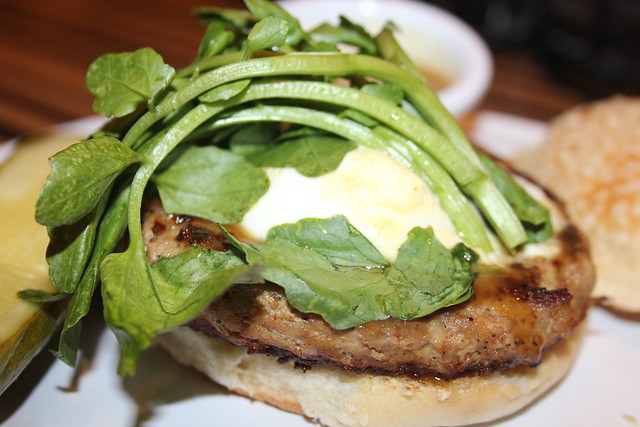 The Napa Valley turkey burger I had, which had a generous glob of goat cheese was good and moist when it came, but since it was a press event, I didn’t get to eat it in its ideal state when it came fresh off the grill because I was so busy taking photos and talking to folks! 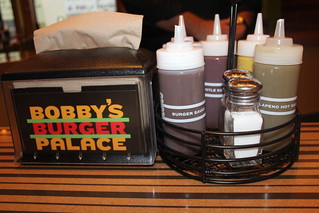 My only two tiny complaints would be the Meyer lemon sauce that came with the burger was disappointing because the Dijon flavor overpowered the lemon and the bun had sesame seeds all over it and I’m not a sesame seed bun kind of gal, but that’s purely a preference of mine.

Burgers also come topless on a bed of salad greens. There are griddled, four cheese sandwiches and a salad with chopped vegetables and tortilla strips as vegetarian options.

The sweet potato fries are really, really good. They are a nice long cut,  salted well and come with a creamy honey mustard that I think would be good on just about anything.

The star of the show for me was the milkshake. 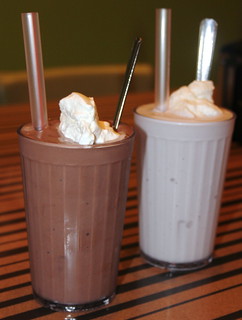 Every shake in the menu contains a whopping 11 ounces of premium ice cream, which accounts for the super thick texture and whole milk adds additional creaminess.

The dark chocolate shake is decadent, really chocolatey and completely divine, worth all the guilt! I was dreaming about that shake the night before the opening!

One of Flay’s challenges-not of the Iron Chef or Throwdown kind-in the near future is teaching his 16-year-old daughter to cook before she goes off to college. “I can’t send my daughter off to college not knowing how to cook,” he said. “She’ll be ridiculed.”

Flay is a French Culinary Institute graduate after dropping out of high school. “I think everybody learns differently, we are seeing that more and more these days. When I was going to high school there were very few options. You went to school, you took liberal arts and hopefully you went to college and you went off and lived the rest of your life,” said Flay. “I was so disinterested in school, it was not the way I wanted to learn. I wanted to learn with my hands. I needed a craft and I didn’t know that at the time. When I started working in a restaurant, it was the first thing I really got excited about in my life in terms of doing something and it took off from there.”

Working in the culinary industry for 30 years, he has savored the way his world revolves around food. “It’s about that one four-letter word, food,” he said. “I’ve learned as I’ve gone.” His food empire revolves around his restaurants, books and television shows.

His latest show, “Three Days To Open,” ended after only six episodes, despite it’s success.

“It proved to be so difficult,” Flay explained. “When I open a restaurant, I have six key people who work on different facets of the restaurant.  In ‘Three Days To Open’ I’m basically doing everything to get these people, who have never done this before, to open…and ultimately it was so physically and emotionally exhausting that I decided I couldn’t do it anymore.”

Despite the show not working for him, Flay has multiple restaurants in New Jersey, New York and Las Vegas, several cooking shows on the Food Network, and many cookbooks, including a book called “Bobby Flay’s Burgers, Fries & Shakes” for a fix when you can’t get to his burger palace.

Note there are detailed directions for making his magical milkshakes in the book, although there isn’t a plain dark chocolate one like the one at the Burger Palace. Le sigh. I guess that means I’ll be back for that and the sweet potato fries. 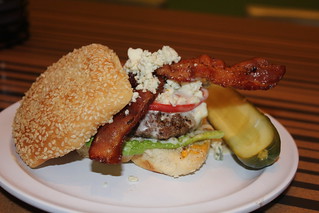 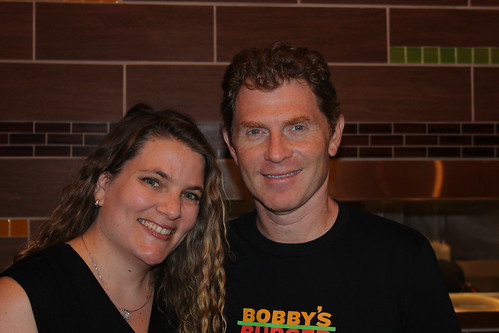