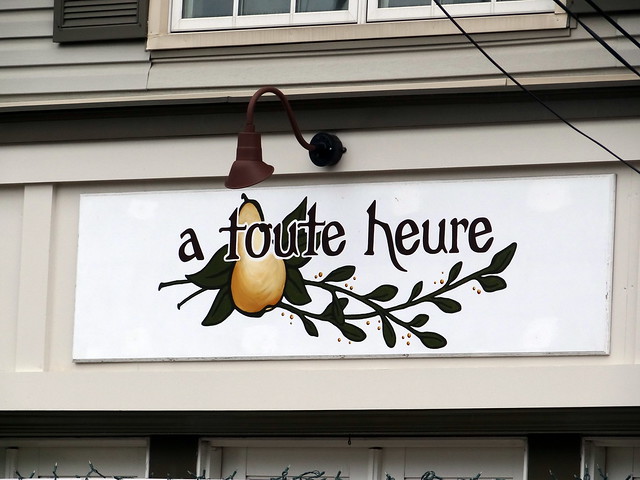 Though it’s only five years old, A Toute Heure in Cranford has been consistently recognized as one of the best restaurants in New Jersey. This past June the restaurant was given yet another accolade when it was voted the 2012 Nature’s Plate Award People’s Choice Winner for New Jersey. The award, sponsored by The Nature Conservancy, honored restaurants across the nation whose cooking incorporates organic, local, in-season, and sustainably managed ingredients. Though it can be a challenge at times, A Toute Heure manages to reflect these qualities with every meal it serves, from the heat of summer to the dead of winter. 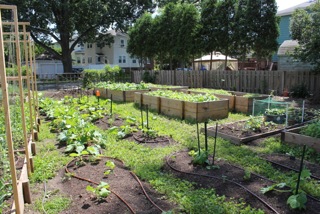 Andrea and Jim Carbine, the owners of A Toute Heure, have done their best to stick to one simple mantra since opening day: “Honor the nature of the source.” Andrea grew up in Seattle where Pike’s Place Market would overflow with fresh ingredients 11 months a year. NJ’s mercurial growing seasons were a bit difficult to adapt to as a wide range of products are available at most 8 months a year. Once the restaurant’s mission statement was clear Andrea began to establish relationships with sources throughout the region. Over time the restaurant’s reputation grew and people began to seek out Andrea with ideas for products or ingredients they thought she could use. A list of sources that started off at 2 has now grown to 70 and includes everything from beekeepers to Small World Coffee in Princeton. 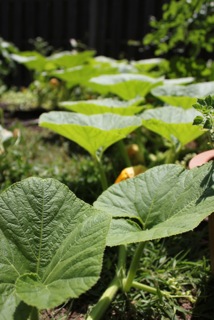 The restaurant isn’t limited to what it can purchase at the greenmarket as Andrea and Jim also maintain Jack’s Run, a 4,500 square foot garden only a few blocks from the restaurant. In the high season of June through October the restaurant can get nearly 70% of its produce from Jack’s Run. Though Andrea started off as the head chef for A Toute Heure when it first opened she’s now passed the reins to Kara Decker, who previously worked as the Executive Chef at Chez Catherine in Westfield. Andrea is now responsible for compiling a list of the ingredients based on what she can acquire from Jack’s Run and her sources. Once Kara and her crew have Andrea’s list they’re free to brainstorm and put their creative spin on it. 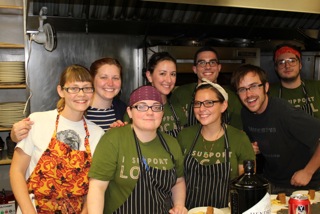 A Toute Heure’s appreciation of the region is evident not only in the dishes they put out, but in their attempts to highlight the quality that can be found throughout the Tri-State area. Recently the restaurant has gone a step beyond providing delicious food by offering classes that connect vendors with customers. A mozzarella-making class with the Caputo Brothers Creamery was such a hit that a second class is already being planned. The restaurant is hoping to repeat this success with other vendors and provide its customers with hands-on experiences that illustrate the hard work and care that goes into so much of the food at A Toute Heure.