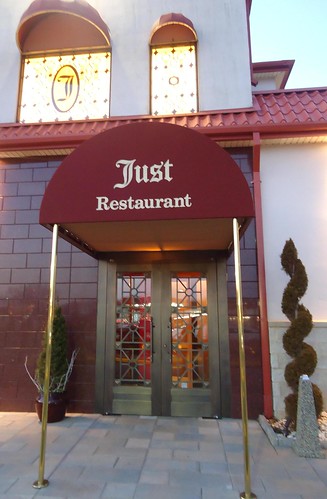 I”m guessing that while driving down Route 9 in Central Jersey, you’re probably not in the “Looking-for-a-nice-place-to-eat” mode. However, if you are, I have JUST the place for you. Ironically enough, JUST Restaurant is where you will want to find yourself after either a long day, week, or much-needed break from the mundane. 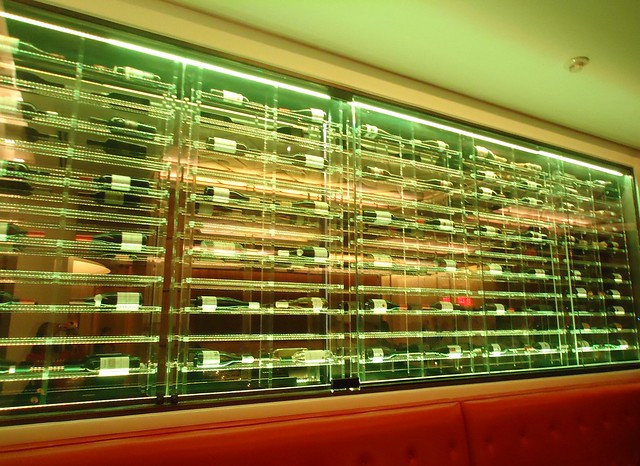 The restaurant/soon-to-be lounge opened this past December and has been working hard to bring diners an exceptional culinary experience. Situated behind a gas station, it makes perfect sense that the décor and ambiance upon walking into Just should transport you into a different world. The walls are textured, the ceilings are high, the lighting is soft yet innovative, and one of my favorite aspects is the wine-wall, where their selections are displayed like pieces of art in an enlarged glass case. A nice escape from the hustle-bustle of that outside environment indeed!

Besides the detail paid to the décor, much has also been applied to the food. Executive Chef Ira Siegel has already begun to wow guests after just a few months. Trained through the Culinary Institute of America and working for such notables as The Waldorf-Astoria, The Water Club, and Wolfgang Puck Catering in Boston, he truly shows skill and experience in his new residence. The kitchen prides itself in using fresh, top quality ingredients while also providing wild-caught seafood and organic, free-range meat. His cuisine is not only delicious at first bite; it is truthfully gorgeous at first look.

My husband and I were recently there for Just’s Exclusive Media Dinner* where we were able to sample numerous items from their menu and see directly how this restaurant runs. And to put it simply, we were amazed at all the aspects of our evening. We were first presented with 2 types of bread and infused butter. The winner here was the Popover, home-made and created with a French cheese inside. It had everything going for it: flakiness, moisture, texture, and sharp cheese flavor. The butter was a nice gesture but honestly, the carb didn’t need it.  First course was a Tuna Tartare Napoleon ($16), comprised of Yellowtail tuna, Japanese Mayo, tobiko Caviar and a Unagi sauce. The tuna was fresh, creamy and skillfully placed against a cracker-sort for texture. The next plate to be sampled was the Shrimp Bruschetta ($14) which was champagne poached with a pear tomato salsa vinaigrette. Although I failed to find the pear, I did enjoy the tender and plump shrimp as well as the lively dressing. Nantucket Bay Day Boat Scallops ($15) soon arrived and my husband, not a usual scallop fan, was quite pleased. I also enjoyed the seafood, but found just as much to admire in the asparagus puree. Next plate, Hudson Valley Foie Gras ($18), served atop an apple tatin, was remarkably transformative in taste. It went from sweet to savory in all of two seconds! Just Sliders ($18) and Duck Breast Risotto ($13) soon followed and received opposing reactions. The ladder was absolutely delectable with its varied textures and rustic appeal while the mini-burgers had slight issues in due part to both their dry consistency of meat and overabundance of bread. But even on that marred dish, the adjacent fries and tomato salad received deserving compliments. 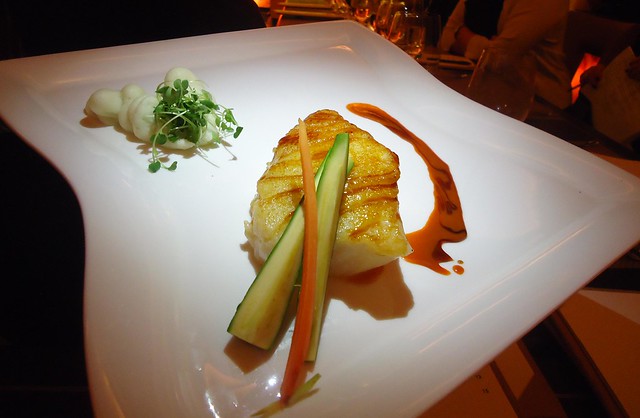 An intermezzo of granita, served above a strawberry preserve, was refreshingly cool and tasty. The three dinner plates we were given were all excellent. The Milk Fed Veal Cheeks ($32), braised in a Burgundy wine, were tender beyond belief. Knife-not-needed, the meat instantly fell apart and featured a thyme demi-glace that was equally admirable. Australian Rack of Lamb ($38) was executed expertly and again showed craftsmanship and caress from the kitchen. The accompanying eggplant puree and stewed leeks were notable in both flavor and presentation. Last of the dinner selections was an Agave – glazed Chilean Sea Bass ($32). And what a note to end dinner service on! Flaky, buttery and seared to- a- T, it exemplified what most kitchens strive for. 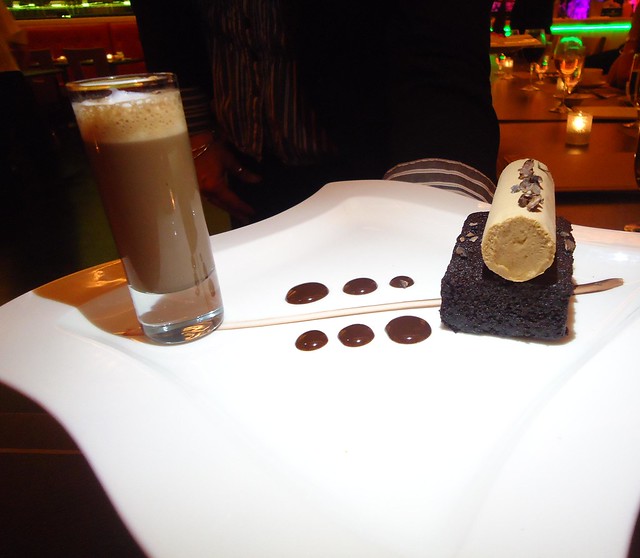 Dessert platters, compliments of their pastry chef, whom like Siegel, is a graduate of the CIA, were ridiculously rich and worth every calorie! The plate had a unique theme to it in that each item fell under a chocolate/nut “umbrella,” if you will. I am actually not sure which of the 3 samples I liked best-the Peanut Butter Terrine ($11), Chocolate Pyramid ($11), or Just Chocolate Cake with a Hot Chocolate “shooter” ($11). Nonetheless, I do know that each one had me thankful I had my own plate rather than one to share!

So there it was, an exceptionally delicious night at place where I would have probably just driven past if didn’t know any better. And so know you know; sometimes the most surprising places yield the most exceptional evenings!

*Disclosure: Media Dinners include complimentary fare but all of the opinions contained above are completely my own. We never promise coverage of an event.

For more photos from my evening at Just, visit our Facebook page.

Gina Glazier, Just Restaurant, Old Bridge
You may also like 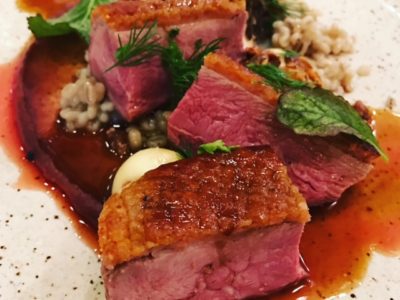 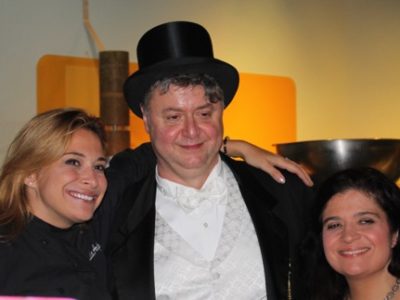 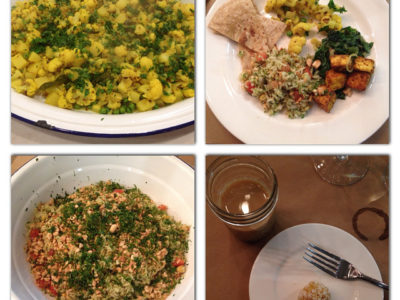 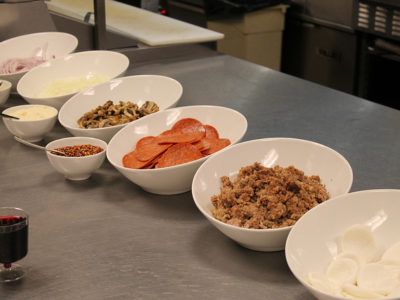