The anticipation of dining at Ninety Acres was almost palpable. I mean the history of the location, the celebrity of the current owner, local restaurant buzz, and the scarcity of reservations were enough to set any food lover’s heart racing.  After months of effort, we finally snagged four spots for their “Bring Me Food” concept for Saturday prime time seating.

First, a little background. Ninety Acres is located on the grounds of Natirar, formerly owned by the King of Morocco. Set on 500 lush acres in the rolling horse country of Somerset County, the King purchased it from the original owners in 1983. The estate’s first owners, the Macy-Ladd family, named the property Natirar (an anagram of Raritan) for the river that runs through it.

Speeding up to present day, in 2001, Sir Richard Branson and Bob Wojtowicz, began negotiations to purchase the entire estate from the Moroccan royal family. However, Somerset County stepped in with interest and together with Branson and Wojtowicz, presented a plan for a public-private partnership. The county successfully purchased the estate from the royal family, and in 2003 they issued a 99-year lease to the Branson group for a “90 acre” plot.

So you see, Ninety Acres has quite the pedigree.

You approach the entrance from a rural road, and follow a winding path for a good mile before reaching the entrance. Warm lighting washes the building and as you enter, you are greeted with an energetic bar to the right and dining room to the left. There was not an empty seat anywhere.

As mentioned earlier, we had reservations for “Bring Me Food,” which is Ninety Acres’ version of the chef’s table.  Diners can order the “BMF” dinner with or without paired wines. Executive chef, David Felton, presented each of the courses, and a young, hip wine sommelier poured.  There are seven tables set aside in proximity to the open kitchen specifically for BMF. The rest of the restaurant is available for a la carte dining.

Service was relaxed and professional without being stuffy. Both our wine guru and Chef Felton were approachable and easy to chat with.

As is the case with most tasting menus, the portions are on the small side. But keep in mind, there were six courses so we did not leave hungry.

Each course was delicious and uniquely different, but the most unusual, I think, was what they called “New Jersey on a Plate” (pictured above) which featured scallops with roasted beets, horseradish, and short ribs.  To look at that combination on paper, you would never think it could work. But it does. The scallops were so fresh and sweet that when paired with the heartiness of the beets and short ribs the dish morphed into rich, velvet luxury.

I loved the taste and texture of the sharp OktoberKase with the sweet honey, and crunchy almonds.  Of course, dessert was my favorite part of the meal – the mascarpone ice cream was so creamy alongside the nutty-sweet almond fig cake.

With coffee, they offered miniature cranberry sorbet cones and absolutely delectable hazelnut chocolate truffles served over cocoa nibs. These were so delicious that I almost asked for another taste!

The wines were paired perfectly, as one would expect.  Although for the money, I would have liked a bit more than a quarter of a glass per course.

The partners plan to open a Virgin Spa and hotel in the near future. They already partner with Viking Cooking School to offer culinary classes on-site.

Ninety Acres is quite the experience. And I can only imagine that experience being enhanced in the summer with the full bounty of their gardens at Chef Felton’s disposal and imagination.

Terry Krongold is a life-long passionate baker. In addition to a full-time job in the pharmaceutical industry, Terry has been involved with food for many years, including co-ownership of a dessert catering company in the late eighties called I Love Cheesecake, specializing in fine cheesecake and unique desserts. Terry is the author of The Cook’s Tour, a blog focused on food, baking, and travel. When not working, writing, or baking, she spends time planning vacations around restaurants to visit. She can be reached at terry@cookstour.net.

Peapack-Gladstone, Terry Krongold
You may also like
ZinBurger in Clifton 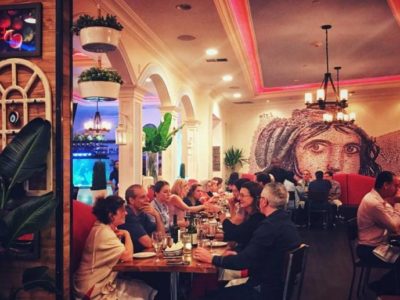 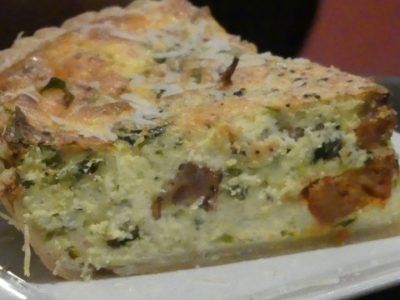 A Visit to Anthony’s Cheesecake 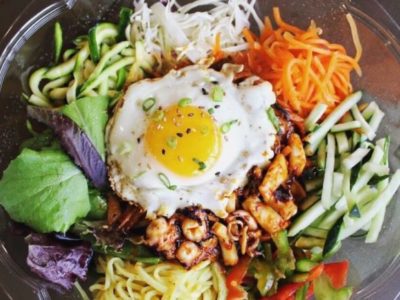 Kimchi Mama Expands in North Jersey
About The Author