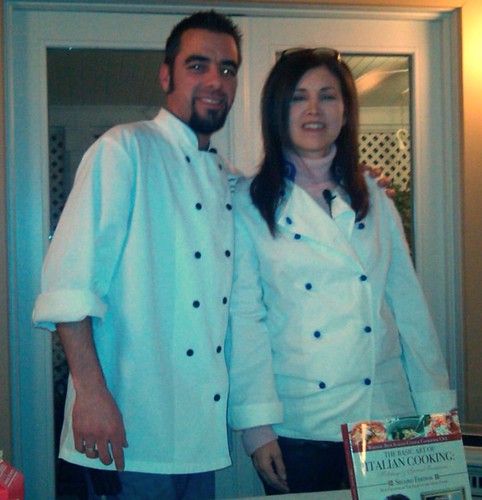 I’ve often heard about the traditional Christmas Eve Feast of the Seven Fishes from many of my Italian friends, but being a combination of Irish and German, I’ve never had a chance to partake in this seafood extravaganza. On Friday night, Chef Geoffrey Johnson invited Celebrity Chef Maria Liberati to his Cape May restaurant, The Copper Fish, for a chef demo that combined Maria’s traditional, Old World style with Geoff’s nuevo twist on seafood to create a unique take on the traditional feast. 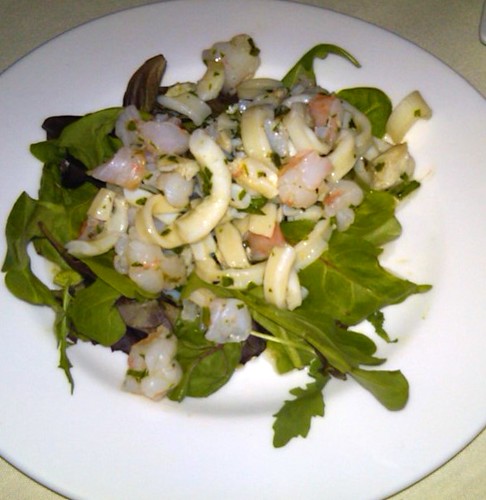 The feast began with a seafood misto salad made with calamari, crab and shrimp. The seafood was tossed in a simple dressing of olive oil and fresh lemon juice which heightened the flavors. The soup was lobster consomme with orzo and a little pesto oil which gave the soup a subtle heat. 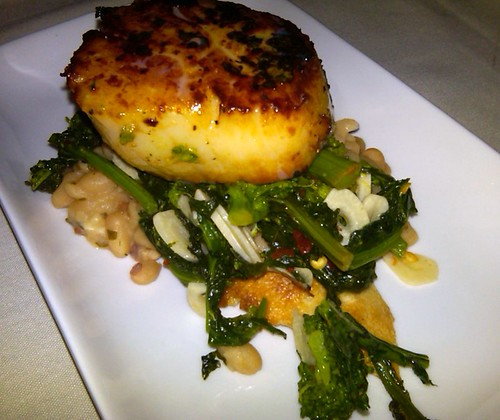 Next, Chef Geoff prepared an incredible bruschetta topped with broccoli rabe, braised white beans and the most flavorful, tender seared scallop you could ever hope for. Chef Geoff gave us all a brief, but passionate lesson on preparing his favorite shellfish including tips on buying fresh scallops. He recommends fresh scallops, of course, and says to buy “dry” scallops instead of “wet.” Wet scallops are often injected with brine to make them appear larger, but when cooked they shrink. Scallops are like men- keep them “dry” to prevent shrinkage! 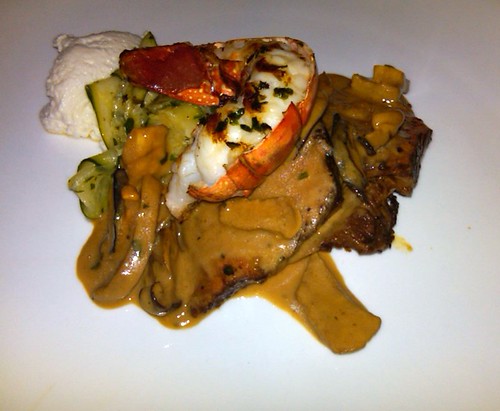 Dinner was a tender grilled short rib in a red wine mushroom sauce accompanied by a creative deconstructed lobster ravioli. Chef Geoff demonstrated how to make the zucchini pappardelle which served as the pasta component of the deconstructed ravioli. The lobster and zucchini had a little side of ricotta cheese to complete the ravioli idea. It was such a fun meal. The deconstructed ravioli reinforced the feeling of family meals for me as I thought of dinners with my family when I was younger and the way my sister had to separate all her food so that no two items were touching. 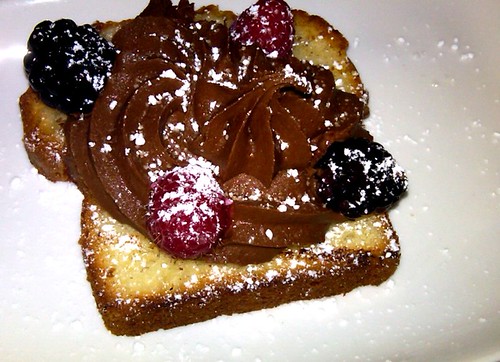 Of course, even the pickiest eater would find that these three foods were made to be together. Chef Geoff’s grilled pound cake topped with Maria’s “chocolate dream” mousse and fresh berries. I’m a poet and I don’t have the words to describe the pleasure of this dessert. All I know is that all pound cake should be grilled and covered in this mousse.

Chefs Geoff and Maria made preparing a family feast seem so simple. They spoke passionately about food and cooking in a way that came through in each course of the meal. Geoff talks about seafood like a man in love would talk about a woman. He’s even created a signature herb mix he affectionately adds to his dishes as “herb love.”

Call The Copper Fish for information on upcoming events including this Thursday’s demo with Russell Newberry from Deadliest Catch who will be cooking and speaking and on Saturday, former White House chefs will cook with Chef Geoff.